Pokémon Typing Adventure (Japanese: バトル&ゲット！ポケモンタイピングDS Battle and Get! Pokémon Typing DS) is a game intended to teach children how to type without looking at the keyboard. The game comes with a bluetooth wireless keyboard that not only connects to the DS or 3DS, but also connects to Blackberries, iPhones, etc. It was released in Japan on April 21, 2011 and is scheduled to be released in Europe on September 21, 2012. The game has not been announced by Nintendo of America so a US release is unknown.

According to the commercial at right, there are over 60 courses and many different battle modes, involving reactions to letters on the screen.

The game uses the romaji of the Pokémon's name during typing programs, and the purpose of the game is to help teach Japanese children how to type, or to help them increase their typing prowess. The gameplay is similar to Sega's Typing of the Dead and if you type a Pokémon's name correctly you can capture them. Rare Pokémon can also show up during play. 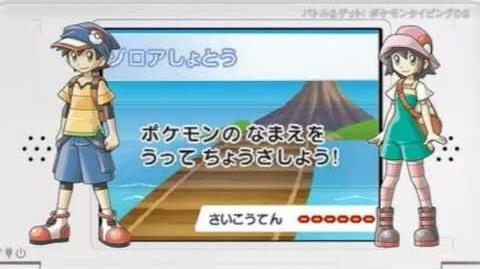 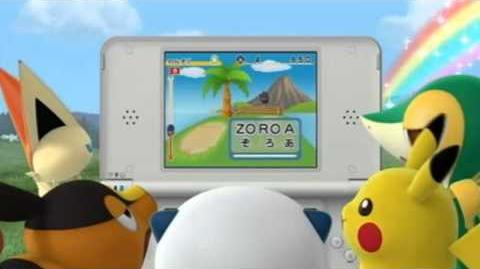