シオンタウン
Shion Taun
Lavender Town
Lavender Town is a town in the Kanto region. Memorial sights are held in the Pokémon Tower and the House of Memories/Soul House. It is located north of Route 10.

Pokémon Tower plays host to Team Rocket when you first arrive here, but you can't take them on until you recover the Silph Scope. In all six games, the Tower inhabits Channelers and Rocket Grunts. The wild Pokémon encountered are Gastly, Haunter, and Cubone. A dead Marowak also appears at the end, but it isn't catchable.

The tower consists of seven floors that the player ascends until the final floor. On the final floor, Mr. Fuji is found being held captive by Team Rocket grunts. After battling and losing to the player, the grunts leave, letting Mr. Fuji go.

The Pokémon Tower is the only place where Pokémon can be caught in Lavender Town.

Three years later, the resting place for Pokémon is now converted to a Radio Tower in the same vein as the one in Johto. Some graves are kept Underground, however the majority is changed. This Tower, however, is unable to be explored or entered, due to what happened with the one in Johto. You can get an EXPN Card here to listen to Kanto radio from the receptionist.

House of Memories in Generation IV, Soul House in Generation II. All graves from the former Pokémon Tower have been imported here. There are chambers here that cannot be accessed. The area is owned by Mr. Fuji.

The Name Rater will rate the current nickname your Pokémon and can change it. If the Pokémon has been traded, he won't be able to change it and say its perfect.

A Pokémon Center is at the upper-right corner of the town.

Red passes though while it is raining. Mr. Fuji takes him in when no one else would. He found him while he was paying respects to his deceased Doduo. Later at Mr. Fuji's house, he tells Red of the cemetery and how people are afraid because they believe it is haunted. He then told him Blue passed by months prior.

Red then went there to investigate and saw hundreds of graves. A zombie Golduck came out of the shadows, followed by other zombies. Razor Leaf does not work, but Vine Whip does, turning them to dust. Soon, more came, under control of a ghost, which would later be revealed as a Gastly. Blue and his Charmeleon appear and they begin fighting Red. They are possessed by Gastly, but Red lifts the curse by attacking Gastly. Koga then appeared and ordered his Arbok to spew poison. It did so, but Blue had his Charmeleon cut Arbok in half. Koga, realizing he was in trouble, and fled on his Golbat.

In the Manga, Ash, Brock, and Sabrina travel here due to reports about a Giant Haunter. They work to capture it, however it self-destructs before being captured.

Ash, Pikachu, Brock, and Misty travel to Lavender Town in search of Ghost-type Pokémon to defeat Sabrina and her Psychic-type Pokémon. Ash and Pikachu die and their spirits are taken by Gengar, Gastly, and Haunter who wish to play with them. At the end of the episode, Ash and Pikachu return to their bodies and Haunter comes with them to defeat Sabrina.

The background music of Lavender Town has garnered much interest due to some listeners finding it unsettling. An internet rumor stated that the track led to more than 200 Japanese children taking their own lives in the spring of 1996 with other side effects stated to be nosebleeds, headaches, or feeling irrationally angry or emotional. According to this unsettling legend, high pitched binaural beats harmed the brains of children in a way adults were immune to. This fabricated illness was dubbed "Lavender Town Syndrome" and the original story went viral after being spread on general interest websites such as 4chan. Various people have added details to make the story more convincing over time, such as Photoshopping images of ghosts into spectrogram outputs of the Lavender Town music. It somewhat foreshadowed an anime episode "Cyber Soldier Porygon" three years later, which led to epileptic seizures and other conditions for viewers, though the connection is purely coincidental. 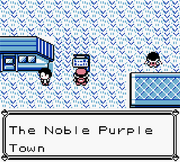 In Red and Blue 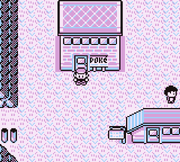 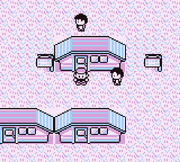 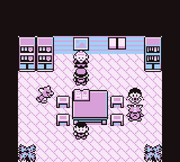 After meeting Mr. Fuji atop the Pokémon Tower, he will give the player a Poké Flute 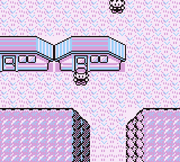 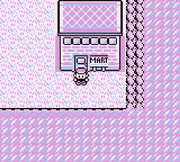 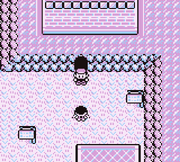 Entrance to the Pokémon Tower (Gen I)