Kyurem (キュレム, Kyuremu) is a Dragon/Ice-type Legendary Pokémon introduced in Generation V. It is part of the Tao Trio, along with Reshiram and Zekrom.

Kyurem is portrayed as an ice-covered, hunch-backed draconian entity with small arms and large bulky legs, along with a damaged wing and chipped horn. Its ice-covered wings are attached to its shoulder blades. It has a fin-like structure by its neck with a small yellow streak down its arrow-shaped head. Ice covers its face completely except for its eyes, which are yellow. Additionally, Kyurem has two other forms in which it can be fused with either Zekrom or Reshiram.

Kyurem can produce ultracold air. It can also change form by using the DNA Splicers (Drayden's family treasure) to turn Reshiram or Zekrom back into the Light Stone or Dark Stone and then merging with it. The process can also be reversed. In Black and White Versions 2, when under the control of Ghetsis, it appears to turn into some sort of awakened form where its wings are revealed to be node-like appendages that absorb energy, as well as tendrils that shoot fiery energy which it uses to trap Zekrom/Reshiram, then absorb them.

Kyurem's body is made entirely out of ice and can release extremely cold air. It also gains the ability to manipulate both electricity and fire in addition to its normal cryokinetic abilities; its additional electricity manipulation results from being fused with Zekrom while its fire-based abilities comes from fusing with Reshiram.

Kyurem makes its home in the Giant Chasm of the Unova region.

There are conflicting ideas on the origin of Kyurem. According to the old woman in Lacunosa Town, Kyurem descended from an icy comet, which simultaneously created the Giant Chasm, and took residence there. In Pokémon Black 2 and White 2, however, it is stated by Drayden that Kyurem was created alongside Reshiram and Zekrom and may be all that's left. Also, in-game, it is found out that the substance that makes up the Giant Chasm dates from the same time period as Dragonspiral Tower. This version of the story is more viable based on the Pokédex entry that states that Kyurem wishes to be completed with truth and ideals, thereby becoming the Original Dragon once more.

Kyurem does not evolve.

Kyruem has two alternate forms in-game. Black Kyurem is exclusive to Black 2 version, Kyurem takes this form when it merges with Zekrom, allowing it to use Electric-type moves. White Kyurem is exclusive to White 2 version, Kyruem acheievs this form by merging with Reshiram, giving it Fire-type moves. Kyurem has a third unseen form, referred to by fans as Perfect Kyurem, this form is mentioned in game as the original dragon which Zekrom and Reshiram split from, Kyurem could take this form if it merged with both Zekrom and Reshiram.

Kyurem appeared in the movie Kyurem vs. the Sword of Justice where it is the main antagonist of said movie.

In Pokémon Mystery Dungeon: Gates to Infinity, Kyurem is the main antagonist of the story. It is brutal and powerful, savagely attacking Hydreigon, who is the player's helper and the Voice of Life. Kyurem is the penultimate boss of the main storyline. It attacks with both a fiery Dragon Pulse that blasts in a straight line, or Glaciate, a freezing wind that's a sure hit, and also lowers speed. However, after being defeated, it is revealed that it is actually being controlled by a greater force, called the Bittercold.

With Reshiram and Zekrom representing yin and yang respectively, Kyurem may be based on Wuji, the absence of Yin and Yang. Along with this and its Ice typing, it may be based on the concept of absolute zero, being a play on "absolute zero" meaning either "nothing" or "really cold temperatures". It may also be based on a comet considering its edged and icy body (comets are mainly made up of ice crystals) and it coming from a meteor from space. Its design overall seems to resemble a Tyrannosaurus. 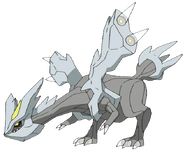 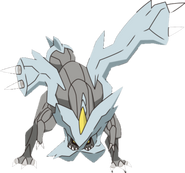 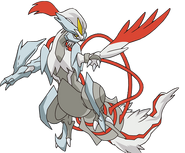 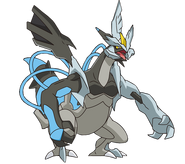 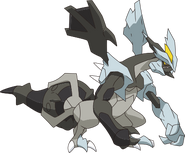 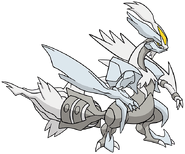 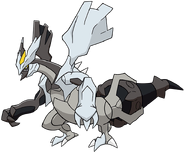 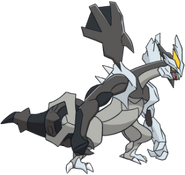 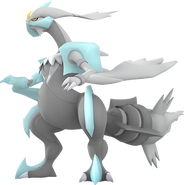 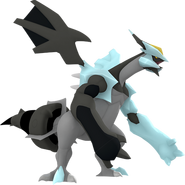 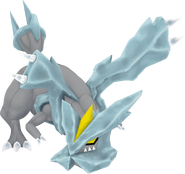 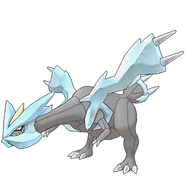 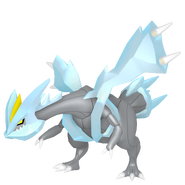 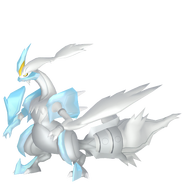 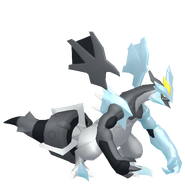 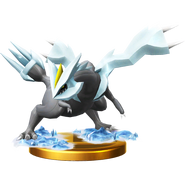 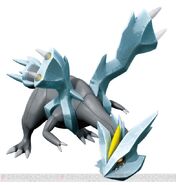 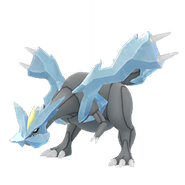 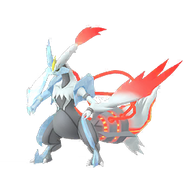 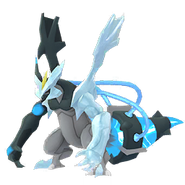