For the variant appearing in the games, see "Koga".

Koga in other languages

Koga is a character appearing in the anime series, who is the Gym Leader of Fuchsia City in the Kanto region.

Koga's appearance is based on his game counterpart who had blue green short spiked hair and black eyes. In the anime, his hair is shown to be dark blue and his brow is black but in flashbacks in the BW series it was reverted back to his natural hair color.

His primary appearance is a blue long sleeve ninja suit with a black mesh shirt underneath and black boots.

The name Koga originates from Kōga-ryū, a school of ninjutsu that focused on, among other techniques, poisoning.

His Japanese name, Kyō, may originate from from 凶 (kyō, misfortune), 戮 (kyō, kill), or 杏 (kyō, apricot, as apricot seeds are poisonous).

After Ash battled Aya, her brother, Koga, arrived. He stated nobody could leave until the battle was over. Ash sent out his Pidgeotto against Koga's Venonat, who evolved into Venomoth. Venomoth launched Stun Spore and Sleep Powder, affecting Ash's Pidgeotto. Ash sent out Charmander, who launched Flamethrower, canceling Venomoth's Stun Spore. Just then, Team Rocket arrived and stirred trouble by throwing some sticky substance, which binded everyone to the floor. As Misty wanted to sent out Starmie, Psyduck came out and Arbok bit on its head. Instead, Koga used Voltorb to make the group escape out of the Gym. However, Team Rocket tracked them down, where Psyduck's psychic powers triggered and blew them away. Koga was impressed and proposed a trade, but Misty refused. Outside, Koga and Ash had their battle uninterrupted. The two have a one-on-one battle, with Ash using his Charmander, and Koga using his Golbat. Initially having some trouble, Charmander was unable to hit the Golbat, but after using Fire Spin, Ash was the winner. Upon leaving, Koga rewarded Ash with the Soul Badge.[1]

Koga appeared in Ash's memory when Ash remembered Charizard's past and its battles.[2] 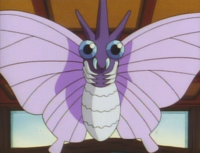 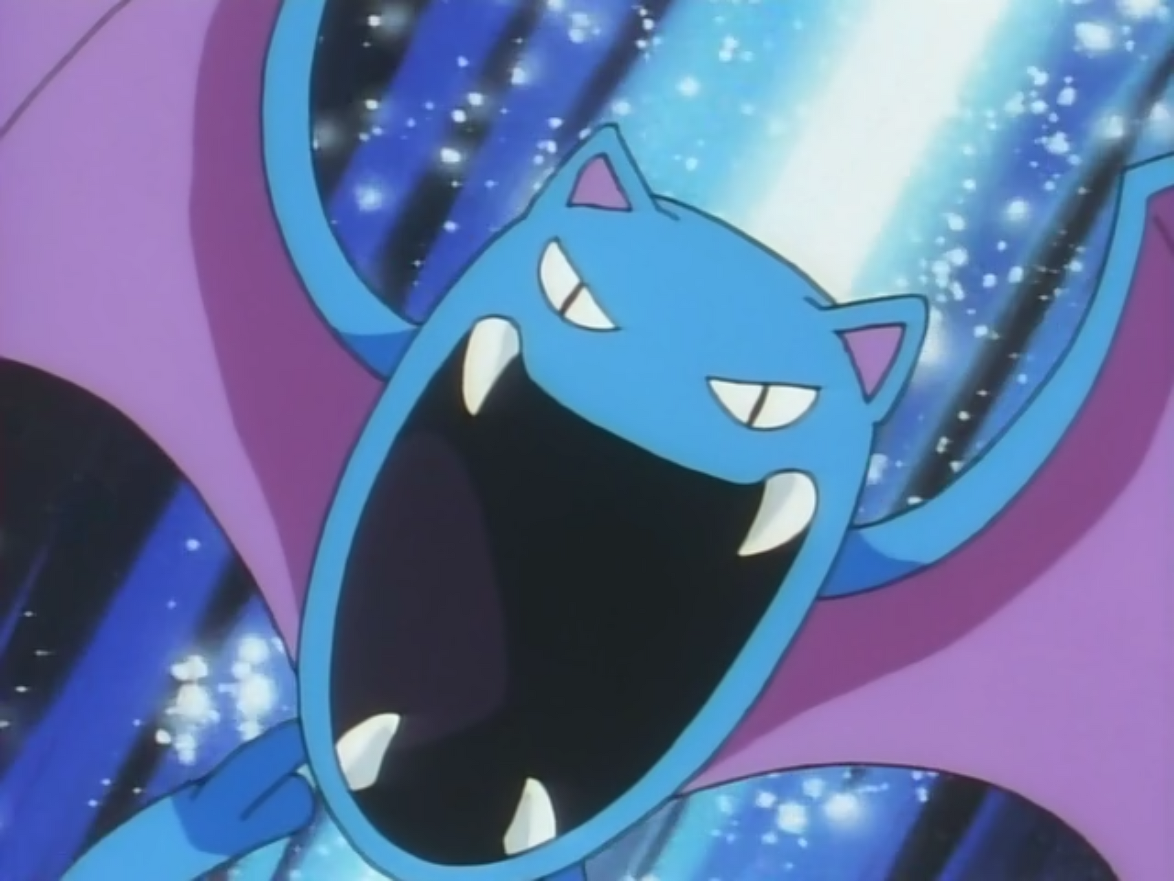 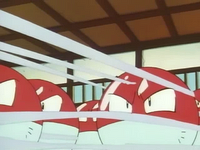 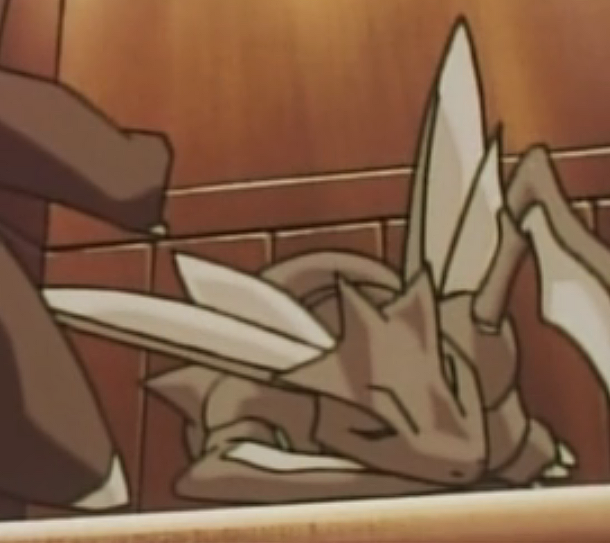