Kenzo is a character appearing in Pokémon the Series: Gold and Silver.

Kenzo is the shihan of his dojo. He criticised Chigusa, his granddaughter, for having a "ballet combat style". He invited Ash to train her. When Shiro came, a trainer who wanted to become a shihan, he had to battle him, but he and his Machoke had cramps in their backs. Chigusa took his place, but nearly lost, though Team Rocket interfered. After Team Rocket's defeat, Kenzo ordered Chigusa to train more, since she nearly failed, so Ash trained with her. In the end, Chigusa won and Kenzo promised to teach a thing or two about being a shihan. 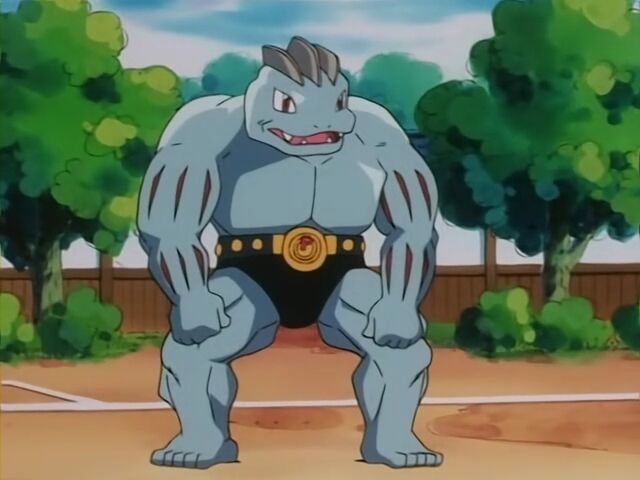 Retrieved from "https://pokemon.fandom.com/wiki/Kenzo?oldid=1348482"
Community content is available under CC-BY-SA unless otherwise noted.