Kayzie Rogers (Also known as Katherine Freeman and Jamie Peacock) is an American voice actress who has been a part of the Pokémon anime series since it's debut in the USA. In addition to the myriad of Pokémon voices she has developed, Ms. Rogers is mainly known for guest characters. Her greatest talent lies in creating uproariously wacky characters and cute little kids. Her voice acting coach was Maddie Blaustein.

In 2006, 4Kids let the rights to Pokémon lapse and lost the contract to produce the television series. Kayzie Rogers agreed to continue acting for the Pokémon TV show, which was now being produced by TAJ Productions for The Pokémon Company International. As punishment, 4Kids then suspended Ms. Rogers from all its other properties. At this time, Kayzie began appearing under an additional stage name, Jamie Peacock. Ms. Rogers provided the voice of Ash Ketchum for the first dub of the Mastermind of Mirage Pokémon special. When some loyal fans complained because the original cast had been replaced, TPCi decided to re-cast the role of Ash for the new season. A newcomer, 19-year-old actress Sarah Natochenny, was hired to star in the show. Kayzie Rogers continued to voice all her recurring characters for Pokémon, as well as replacing Amy Birnbaum as the voice of Max. Kayzie took leave from the anime in Season 10. Old recordings ("pulls" from the Pokémon library) were utilized for the voices of Wobbuffet and many of Kayzie's other Pokémon during this period. Michele Knotz took over as Mime Jr. and the roles of Taillow and Lotad were given to Billy Beach and Bill Rogers, respectively.

Rogers returned to the anime in The Rise of Darkrai and is once again credited under her own name. She is also the voice of many other Pokémon and human characters.

In 2017, she retired from voice acting. Her final role was reprising her first mainstay role of Mr. Mime (Mimey) in the first episode of the Sun & Moon series. Her major recurring role of Wobbuffet has since been recast to Erica Schroeder.

She is not related to fellow voice actor Bill Rogers. 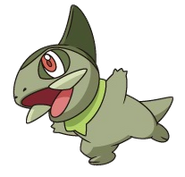 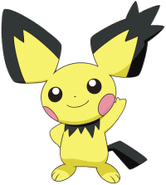 Add a photo to this gallery
Retrieved from "https://pokemon.fandom.com/wiki/Kayzie_Rogers?oldid=993882"
Community content is available under CC-BY-SA unless otherwise noted.