Kangaskhan is a Parent Pokémon. She resembles a large kangaroo. Her baby is often seen in her pouch. When Mega Evolution is activated, the adult remains unchanged physically, while her young one emerges from the pouch and increases in size and power.

Kangaskhan is a caring and devoted Pokemon, with strong maternal instincts. A mother will carry her young in the marsupial-like pouch on her stomach, and rarely lets her out of her sight. When she feels safe, the parent will let the baby out to play. Young Kangaskhan are obedient and loyal to their parents and do their best to help fight off enemies during battle.

Kangaskhan can have the ability Early Bird or the ability Scrappy. Early Bird allows Kangaskhan to wake up faster. Scrappy allows Kangaskhan's Normal-type moves to hit Ghost-type Pokémon. This Pokémon is known for the fact that she has a baby in her pouch in front of her. She is known as the good parent Pokémon, and if she feels that either of them (that being the baby and her) is being harmed, she will attack. Various Kangaskhan use a variation of moves such as Crunch, Shadow Claw, Outrage, Dizzy Punch, Earthquake, Drain Punch, Avalanche, and Brick Break in battle.

Kangaskhan can evolve into her mega form in Pokémon X/Y, during battle.

Kangaskhan appears to be based on a kangaroo. 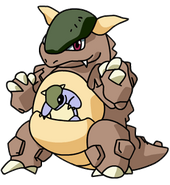 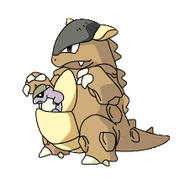 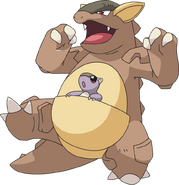 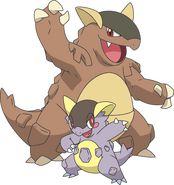 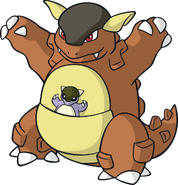 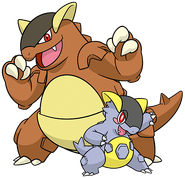 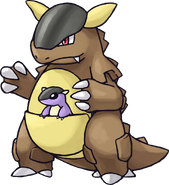 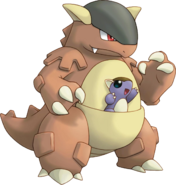 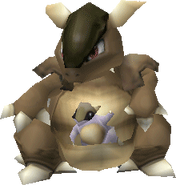 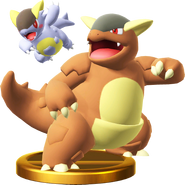 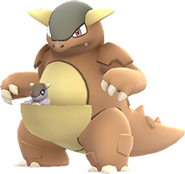 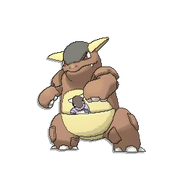 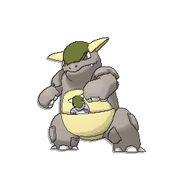 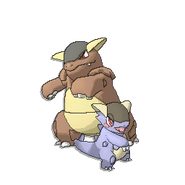 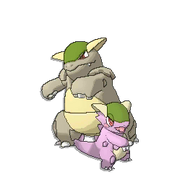