Keeping Your Eyes on the Ball!

Kahili is a character appearing in Sun & Moon series, who is a member of the Elite Four in the Alola region.

Kahili has light bluish-white hair in the shaped like Swanna's wings with a cowlick. Her eyes are light blue and has a beauty mark near her left eye. Kahili wears a sky blue visor with a tiny orange patch. Her polo is a light cornflower grey-blue with sky blue stripes, matching her hat, with two blue dot patterns on her polo. Kahili's black golf club has the orange and yellow-colored handle, resembling a Toucannon's beak.

Kahili, due to her current status in PokéGolf, was a bit insecure, and even hesitated a bit to demonstrate the sport to the class of the Pokémon School. With Touckey's initiative, she taught the class about PokéGolf, and regained her self-confidence to continue playing.

Kahili was a famous golfer that never seemed to miss a hole-in-one. However, she began having a losing streak; the media tried to trace her whereabouts, but Kahili's Toucannon, Touckey, managed to fend them off. As the two wandered off, Kahili considered retiring, but Kiawe and Ash hit a baseball that was heading her way. Kahili used a golf club to hit the baseball, which impressed the class, who recognized her as the famous golfer. Touckey protected her, but Kahili calmed it down as she introduced them to the group. Sophocles asked if she could teach the group to play PokéGolf. Kahili hesitated, and while Kukui thought they should not involve the woman into such tasks, her Touckey pushed Kahili to give that a chance. Thus, Kahili accepted the task: the group went to a field, accompanied by a golf caddie.

Kahili, during the tour, gave the heroes the tips on PokéGolf. She demonstrated hitting the ball, and having Touckey use Tailwind to get a hole-in-one. As she continued teaching, she noticed Touckey having fun. In the final course, the caddie showed a dangerous, windy canyon-like area, as he thought Kahili could make the shot. Kahili, supported by her friends, took the shot, but the wind blew the golf ball away. For a final move, Kahili had Touckey use Beak Blast, which pushed the ball into the hole, and Kahili won the round. Kahili was excited, and her confidence was restored. Some time later, Kahili won a tournament, and dedicated the victory to the children from the Pokémon School, who helped her.[1]

Kahili participated in the Alola Pokémon League, but did not pass the preliminary round.[2] 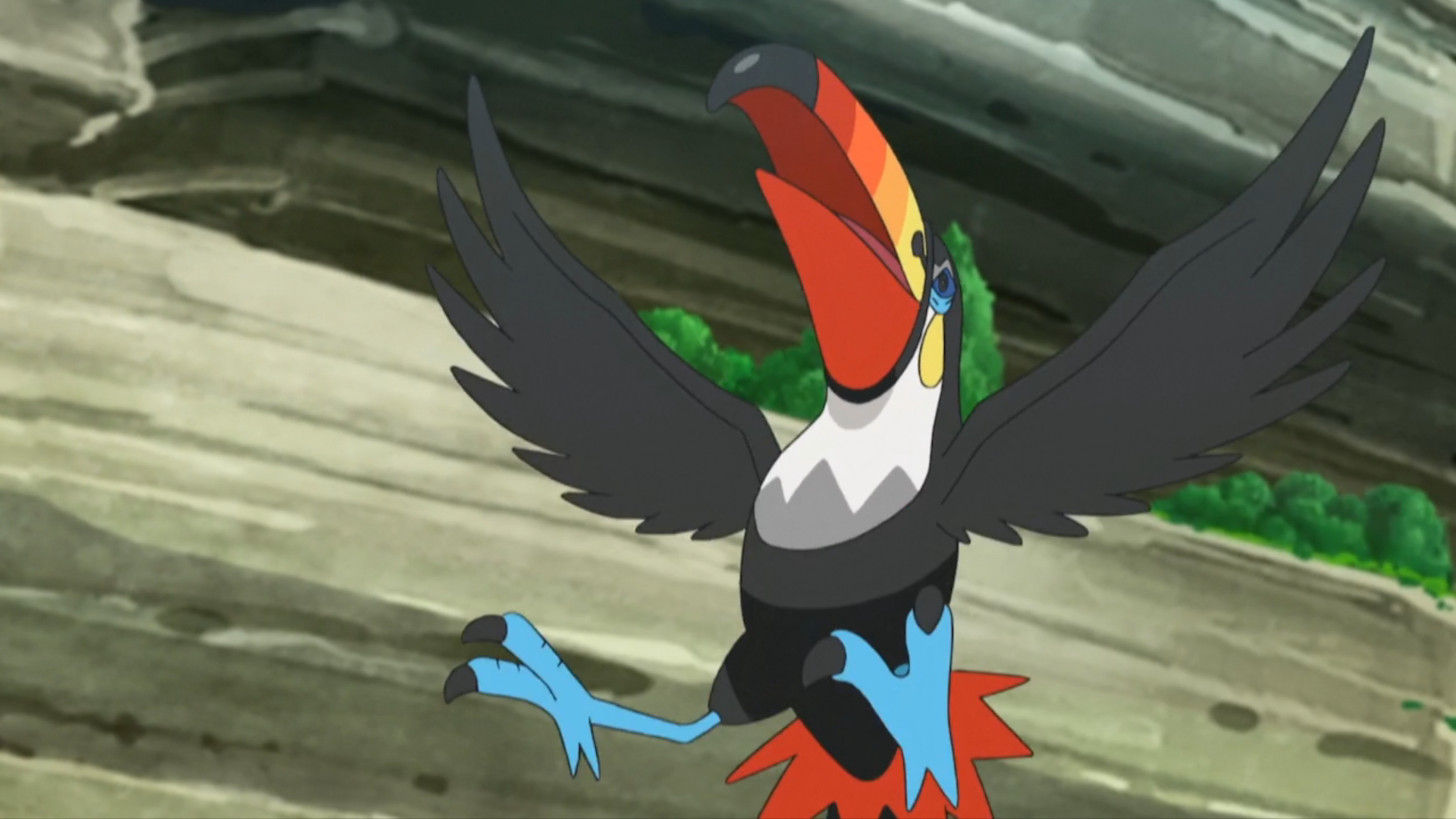 Retrieved from "https://pokemon.fandom.com/wiki/Kahili_(anime)?oldid=1416065"
Community content is available under CC-BY-SA unless otherwise noted.