For the variant appearing in the games, see "Johanna".

Johanna in other languages

Johanna is a recurring character appearing in the anime series.

Johanna has a fair complexion with blue eyes and hair styled into a bob with a red hairclip. Her outfit consists of a white, long-sleeved shirt, a peach and red apron with pockets and blue capris. She wears red footwear depending on the location; while home, she wears slippers but while outdoors, she has heeled shoes.

Johanna is a very kind, caring, loving and intelligent woman. She knows her daughter very well and very proud of her as a true heroine that ready to overcome any obstacles on the way to her cherished dream.

Johanna was once a famous Top Coordinator, who earned many trophies.[1][2] She was a successful Coordinator, winning many matches, until she faced Lila, a Coordinator. Lila's Delcatty defeated her Glameow and won, ending Johanna's winning streak. On Johanna's advice, Lila gave up being a Coordinator and became a PokéStylist, whereas Johanna continued being the Top Coordinator.[3] One day, when her daughter, Dawn, was ill, she gave her some mashed apples to make her feel better.[4]

Johanna visited her daughter with her Glameow in her room, as Dawn was preparing herself for her journey. The two were at a table, looking at Professor Rowan's postcard to choose a Starter Pokémon: Turtwig, Chimchar or Piplup. Dawn thought the choice didn't matter much, since all three were perfect in their own regard. She wished to become like her mother, a Top Coordinator. A moment later, Dawn grabbed her suitcase for the journey, equipped with lots of items and jewelry. Johanna reminded her to travel lightly, and gave her own Contest Ribbon to her for good luck. Dawn thanked her, and her mother saw her off as Dawn rode off on her bike.[1] Johanna and Glameow's Top Coordinator photos were remembered by Ash, Dawn and Brock, as they were going to Snowpoint City.[5]

Upon finding a lost Pikachu, Dawn contacted her mother, who, along with Glameow, saw her Starter Pokémon: a Piplup. Dawn admitted she hadn't caught any other Pokémon yet, but Johanna comforted her that she'd find new friends soon. Piplup started to act important in front of the screen and argued with Dawn, which made Johanna a bit uncomfortable by the scene.[6] When Dawn contacted her mother again, Johanna was pleased to see her finding new friends: Ash and Brock, who joined her. Her mother wished Ash luck in his Gym Battles, and logged out.[7]

Arriving in Jubilife City, Dawn contacted her mother, thanking her for the dress she sent to her for the Super Contest. Her mother asked her about the choker. A girl saw that choker hanging on her Glameow's tail, and returned it to Dawn. Dawn showed it to her mother, and just as she wanted to thank the girl, the latter had disappeared. Regardless, Johanna reminded Dawn to focus, while Dawn's friends - Ash and Brock - promised to cheer Dawn on.[8] Upon winning the first round, Dawn called her mother, who applauded her for the victory. She did remind Dawn that the next round were of battle type, and she had to maintain her grace during that round. After losing to Zoey, Dawn called her mother. Johanna advised her instead of calling her mother, she had to focus on her next Contest. She also proposed cheering and supporting her friends, too, as they did to her. However, Johanna promised to continue watching Dawn's Super Contests on TV.[9]

While on their way to Hearthome City, Dawn recalled the events with her mother.[10] After Dawn's failed performance in Hearthome City Contest, the next day, Ash and Brock contacted Johanna. They told that her daughter was spending time with her Contest friends. Her mother felt it was best for her, after not passing the appeals round.[11] She and Glameow watched Dawn's preliminary round in Solaceon Town's Contest. However, she was a bit sad to see Dawn did not make it to the next round.[12]

She watched Dawn's performance in the first round of the Wallace Cup.[13] Before Dawn enlisted for the Celestic Town's Contest, she contacted her mother, who told her, Ash and Brock about her encounter with Lila. She later talked to the latter over the phone, where Lila admitted she wanted to have a last chance to battle as a Coordinator, due to encountering Dawn, Johanna's daughter. Dawn's mom watched the performances on her TV with Glameow, seeing that Lila still hadn't lost her Contest charm.[3] Johanna took part in organizing the Twinleaf Town festival. She also took Noelle, a new Trainer, as her student for Contests.

Johanna greeted the heroes, who returned to Twinleaf Town for the festival. Dawn showed she had obtained four Ribbons, and wanted to challenge her mother in a battle. Johanna accepted, but reminded they should get some lunch first. She had Noelle show their rooms to stay during the festival. As Brock gave her Pokémon the food, Johanna remarked they liked it, and believed in Brock to become a good breeder. As Brock helped her tend the garden, Johanna decided to have her battle with her daughter. However, people working on the festival arrived, as they were undecided what to do, to which Johanna postponed her battle a bit further.

With the matter settled, sending Glameow and Umbreon, Johanna battled Dawn's Pachirisu and Piplup. Her Umbreon and Glameow got struck by Pachirisu's Super Fang before defeating them with Atract / Swift combo. While Dawn noted her mother was an accomplished Top Coordinator, Johanna still praised her for having strong bonds with her Pokémon.[2] Continuing her work on the festival, Johanna reminded the heroes that Professor Oak would be a part of it. However, hearing that the professor may not make it to the festival, Johanna became worried. The false Professor Oak arrived, to which Johanna noted he looked much younger. As the real arrived later, a boy sent Tyranitar to show what was wrong with it. While the fake Professor Oak was hit, the real one noticed a wood splinter in its leg, to which Johanna knew that was the real Professor Oak.[14]

The next day, Johanna warned Ash and Dawn that they could eat too many cookies, but the two ignored her. As Barry arrived, Johanna reminded them that she was friend with Barry's father, Palmer. As Barry challenged Ash to a battle, Johanna wanted to see their battle to learn some new things from them.[15] During the final day of the festival, Johanna sent Umbreon and Glameow, announcing that Tower Tycoon Palmer would face the winner of the local tournament in battle. Palmer forgot about it, having forgotten about this, and when he arrived, Johanna announced his arrival. with the festival over, the next day, Johanna asked of Brock and Ash to watch over Dawn. She then bid them farewell as they continued to their next destination.[16] Johanna and Glameow watched Dawn's performance in Daybreak Town's Contest on TV.[17][18]

At a Trainer's School, Johanna went with Glameow to teach children about Contests. However, as Nurse Joy had to treat sick Pokémon, she was called to be the judge of a local Contest, so she left Ash, Dawn and Brock in charge. During the Contest, she had her eye on Jessilina, seeing she was a worthy Coordinator to win the Ribbon. At the end of the Contest, Johanna proclaimed Jessilina as the winner, then went to the heroes and thanked them for their hard work.[19] Johanna and Glameow watched Dawn's interview and her appeals round performance during the Grand Festival.[20] She continued watching her performances,[21] and noted how her daughter grew up well, which made Johanna proud of her.[22]

Johanna went to the site of the Grand Festival, sitting next to Brock and Ash, who were surprised by her arrival. She noted that Zoey and Dawn used Pokémon and moves that neither side knew about, and neither side was at an actual advantage. At the end of the final round, as Dawn lost, Johanna was a bit sad that her daughter lost. She visited Dawn, who hugged her mother, apologizing that she did not win to fulfill her mother's expectations. Johanna was nevertheless pleased, seeing how well Dawn had raised her Pokémon.[23] Johanna waited at the docks for Dawn and her friends to return to Twinleaf Town.[24]

Johanna was waiting for everyone to wake up. She thanked Ash and Brock for looking after her daughter, and informed them about their ship to Kanto. Dawn felt about accompanying them, but Johanna gave her a magazine on PokéStylists from Hearthome City, and remembered Hermione wanted to meet Dawn. As Dawn was having trouble with her Piplup, who soaked her with a Whirlpool, Johanna believed that it did not want to separate from its friends, who have accompanied them on their journey.[25]

Dawn spent some time home, sleeping, so Johanna moved the curtains to wake her up. Dawn decided to train her Pokémon, and her mother commended her on that. She then had a Double Battle against Dawn's Cyndaquil and Piplup, who were preparing for a combo move but started to argue against one another. Dawn had the idea of going on another journey, to which Johanna approved of. It made Dawn wonder which Pokémon to take with her on the journey, eventually causing her Cyndaquil to enter her bag. Johanna felt that Dawn should talk with Professor Rowan to get an idea whom to take. After an adventure with a new Trainer, Shinko, Dawn decided to take all of her Pokémon to Hoenn. Johanna and Rowan eventually bid farewell to her as she set off.[26]

Johanna appeared on a talk show, while Chloe was walking Eterna City in the Sinnoh region.[27] 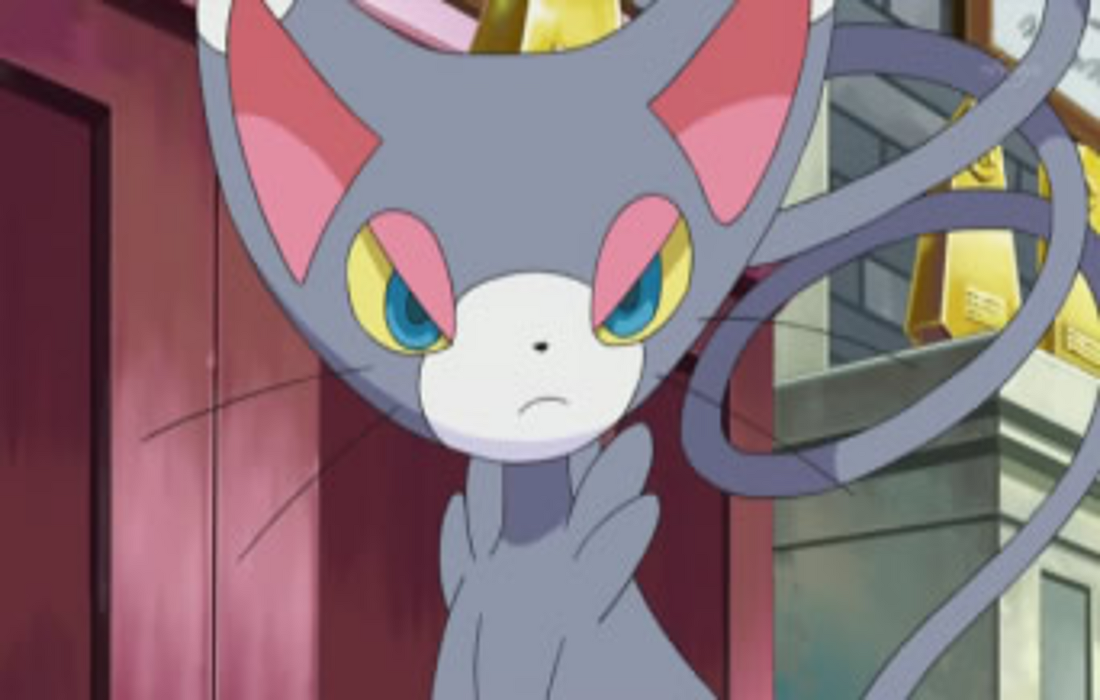 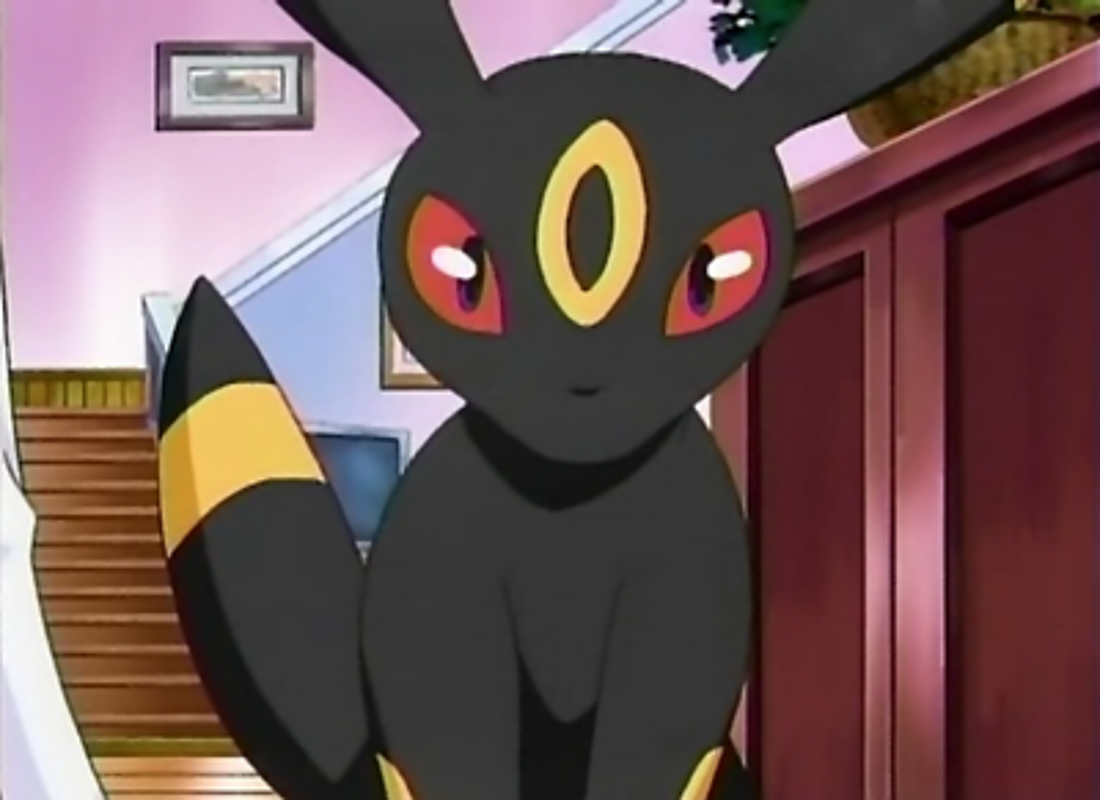 Johanna in her youth competing in a Pokémon Contest