Jangmo-o is a small, scaly quadruped Pokémon. Its upper body is gray in color, while the lower body is black. It has a large yellow heart scale on its forehead. It has six gray scales around its shoulders, with a tinge of yellow in it. It has a gray tail, with a yellow scale on the tip of its tail.

Its eyes are slit and brownish-red in color. It has a small tuft of feathers on its head and chest. It has three yellow claws on each of its feet.

Jangmo-o live in groups in harsh, barren areas. They often congregate in canyons and badlands far away from human settlements or even other Pokémon. Jangmo-o train diligently by battling one another; they take their practice very seriously and never miss a chance to further hone their skills. These Pokémon are said to have the hearts of warriors, as they will never turn their backs to foes and always remain humble about their fighting prowess.Jangmo-o clang their scales to express emotions both in battle as well as in communication, making their habitats very noisy. Young Jangmo-o will clang scales together to build camaraderie and strength.

Travelers will almost inevitably hear Jangmo-o in the wild before actually spotting them. Ancient tribes used to collect Jangmo-o scales and fashion war instruments out of them. They believed that ringing these instruments prior to battle would ensure their warriors fought bravely and valiantly. Anthropological excavations suggest that Jangmo-o were popular partners for military combatants in ancient Alolan society. Recently, scientists have found evidence that Jangmo-o scales are not, in fact, modified reptilian scales, but actually hardened fur; the implications of this finding have yet to be explored.

The scales can also provide resistance to attacks.They smash their scales on various hard objects to create a jangling noise.

Jangmo-o is based on lizards, dragons, and possibly an ankylosaur, dinosaurs who had armored plates around their bodies. It's name also implies it is based on the mo-o, a dragon in Hawaiian mythology.

Jangmo-o comes from jangle (a ringing metallic noise) and mo-o (Hawaiian for "dragon"). 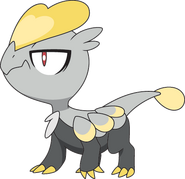 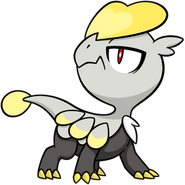 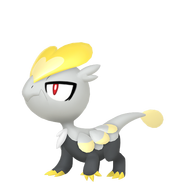 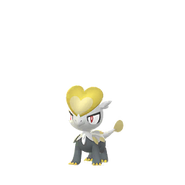