Mutiny in the Bounty!

J in other languages

J (also known as Pokémon Hunter J) was a character appearing in Pokémon the Series: Diamond and Pearl. She was a ruthless and cruel Pokémon hunter around Sinnoh who captured and stole Pokémon to sell them in the black market to her clients for money.

Pokémon Hunter J is a slim woman, who has greyish-blue hair. She has an outfit, composed of a long purple collared jacket, with two pockets, but without her left sleeve. In addition, she wears a red outfit underneath, with red heels. On her left arm, she has a gauntlet, which lets her shoot a beam that petrifies Pokémon. On her missions, J is usually seen wearing goggles.

J is extremely ruthless and doesn't care about the well-being of the others, even her henchman and her clients, the only thing important to her being money. J is a extremely egotistical person who is willing to do anything to capture Pokémon for her clients even if it means injuring or even killing people or Pokémon, easily revealing her to be ruthless, relentless, cold-hearted and cruel. In fact, in her debut, she sacrificed some of her henchmen without hesitation or remorse, further emphasizing her intensely sociopathic, cunning, black-hearted, intelligent, calculating, greedy and callous nature. She also has no regard for those who might get hurt as a result of her actions, showing no concern when Regigigas was nearly set loose on the nearby town, and is even willing to assist Team Galactic's plot to destroy the world.

She became angry when her clients decided to end their deal and decided to never work for those who she considered "Contract Breakers". Unlike many other villains, who at the very least show some respect towards Ash and his friends for their tenacity, J harbors no such feelings for them, seeing them as nothing more than nuisances in her schemes that need to be eradicated. This often caused her to underestimate her opponents when she was on the verge of victory, which often lead to her defeat.

Pokémon Hunter J was a ruthless woman, who was infamous to Sinnoh's police officers for her business to capture strong Pokémon and sell them.[1]

One day, the heroes encountered Pokémon Hunter J riding a Salamence, who used an Ariados to bind a woman to a tree. The woman's Gardevoir teleported away, but Hunter J used her equipment to trace Gardevoir, allowing her to capture it by firing a blast from her gun, turning it into a statue. Her henchmen arrived in a vehicle to take the Gardevoir statue away. Dawn and Brock untied the woman, while Ash and Pikachu went to get Gardevoir back. As Pikachu attempted to electrocute the vehicle, J saw Pikachu had a lot of potential, and went to capture it. She sent Drapion to test its strength, who endured its Volt Tackle. She shot the beam to turn it into a statue, while Ariados bound Ash to a rock using String Shot. As she moved off, Team Rocket attempted to intercept them to get Pikachu for themselves. However, J proved too strong for them, too, as her Ariados bound them with String Shot, while J turned their Meowth into a statue to capture it.

As Officer Jenny arrived, she explained to the heroes about J. To determine where she would strike next, the woman, whose Gardevoir was stolen, sent Kirlia to determine J's whereabouts. They found J at a water wheel, capturing an Absol. To stop her, Officer Jenny's Arcanine fired a Flamethrower, but failed to counter Salamance's Hyper Beam. J left, but Ash snuck underneath the vehicle to find more. They went to an airship, where J was storing Pokémon. She unpetrified Meowth, to get to know its potential, but Meowth offered her to translate Pokémon language. Suddenly, Ash and Team Rocket appeared, attempting to get their Pokémon back. As the hunters went to chase Team Rocket, J sent a Drapion to bind Ash, though she admired his attempts. Suddenly, Ash's Aipom attacked Drapion, distracting it to free Ash, who used Turtwig to battle it. In the chaos, Ash and Team Rocket managed to rescue the Pokémon, while Ash's Pikachu used Volt Tackle to attack Drapion, damaging a bit of the airship.

Seeing her operations have been compromised, J had the part of the airship separated, leaving her hunters behind to fall down. While Ash and the rest were rescued by Gardevoir's Teleport, and Jenny arrested the hunters, they were still angry that Pokémon Hunter J continued her operations.[1] When the Adamant Orb was stolen from Eterna City's museum, Officer Jenny (from Viridian City) suspected Pokémon Hunter J could've been the one behind the theft, which had failed.[2] J sent her men to capture a Shieldon, but the heroes, along with Gary Oak, stopped them. After sending more men to capture it, but failed, J informed her contact that they would receive Shieldon soon, and went to capture it personally. As the heroes took Shieldon elsewhere, she went on her Salamence, eventually facing Ash and Gary in battle.

While battling the two Trainers, Dawn and Brock took Shieldon away, but one fell down and J immediately turned it into a statue to capture it. Her Drapion used Pin Missile and Salamence fired a Hyper Beam to stop Ash's Pikachu and Gary's Blastoise. With the distractions out of her way, J went to her airship, flying to the meeting point to hand Shieldon over. However, Gary attacked the hunters whereas Ash released Shieldon. Due to Officer Jenny and the police arriving, J's superiors told that the deal with her client was over. She became angry, and flew away, clarifying that there were others that would pay well for the Pokémon she would capture.[3]

J had her men capture a Riolu, but failed. The next day, she received word of a Pokémon Ranger trying to oppose her, which made her angry, knowing it was Kellyn that tried to usurp her. Kellyn and the rest went on a water raft to transport Riolu to safety, but after getting attacked by Sharpedo, they encountered J and her Salamence. She went to turn Riolu into a statue, but missed, as her Salamence dealt with Dawn's Piplup and Ash's Pikachu. Suddenly, Riolu's doll that it cherished fell into the water, so Riolu dived in to get it, to which Ash and Buizel went to help it. Since J lost track of Riolu and Ash, instead of chasing them through the forest, her Salamence used Flamethrower on the forest to burn it down and draw Riolu out.[4] As Ash's Buizel doused the flames, J shot a beam to turn Riolu into a statue, capturing it.

She claimed to have spared Riolu from being burnt, and had Salamence use Hyper Beam and Flamethrower on Ash and Buizel, who retreated. Satisfied, she flew on her airship away, where she called her contact to show she had captured Riolu. Ash and Pikachu snuck on the airship and barged in to save Riolu, to which J sent Drapio to hold Ash. Ash managed to release himself by kicking Drapion, but J triggered the trap, causing Ash and Pikachu to fall off from the airship. As she went to the meeting point, she sensed Riolu's aura, as Ash was able to sense its location. At the meeting point, her men handed over Riolu, just in time when the heroes arrived to save it. However, J collected the money and flew away on her airship, letting her clients deal with the heroes. As she flew on her airship, she got a deal from another client.[5]

J went to Snowpoint Temple to capture the Legendary Pokémon, Regigigas. Her Salamence used Hyper Beam to shatter the pillars to awaken Regigigas, and succeeded, even if Pyramid King Brandon, as well as Ash and others, arrived to stop her. As Salamence used Flamethrower, Regigias was awakened, but it was also furious as it started to use Hyper Beam to attack everyone. As the rampage started, J went away for a bit, letting others wear Regigigas out so she could make her move at capturing it. As Brandon went to catch it, J had Ariados bind him, while she went to capture Regigigas. However, the latter used Confuse Ray on Brandon's Regirock, Regice and Registeel to take them under its control and attack J. J managed to evade, and shot her beam, which struck Regirock, Regice and Registeel, even Brandon, causing them to become petrified. Pikachu and Piplup interrupted her, and in the confusion, Regigigas was able to shatter her device. Since her clients backed out of her deal, J, who was very furious, retreated with her men.[6]

As he needed the Lake Trio Pokémon to execute his plan, Cyrus enlisted J to begin the capture of the Lake Trio.[7] Using Team Galactic's bomb, she dropped it in Lake Valor, capturing Azelf. Gary went to stop her, but was intercepted by Saturn, who made sure that Azelf was captured - as planned. As Azelf appeared, Saturn's Golbat distracted it for J to shoot her beam to capture Azelf. Azelf was struck, but not before it shot its own beam, hurting J and destroying her gear. Uxie also fired a beam that hurt J, but it, along with Mesprit, were captured by Team Galactic. With the mission over, Saturn, Jupiter and Mars thanked J for capturing the Lake Trio, to which J flew off in her airplane. However, moments before Uxie and Mesprit used Future Sight, which was activated: the move attacked J's airship, causing it to fall down and explode with J and her men it.[8]

Jessie wrote a letter to Team Rocket HQ that she, James and Meowth were the ones that defeated Hunter J and disbanded Team Galactic organization.[9] 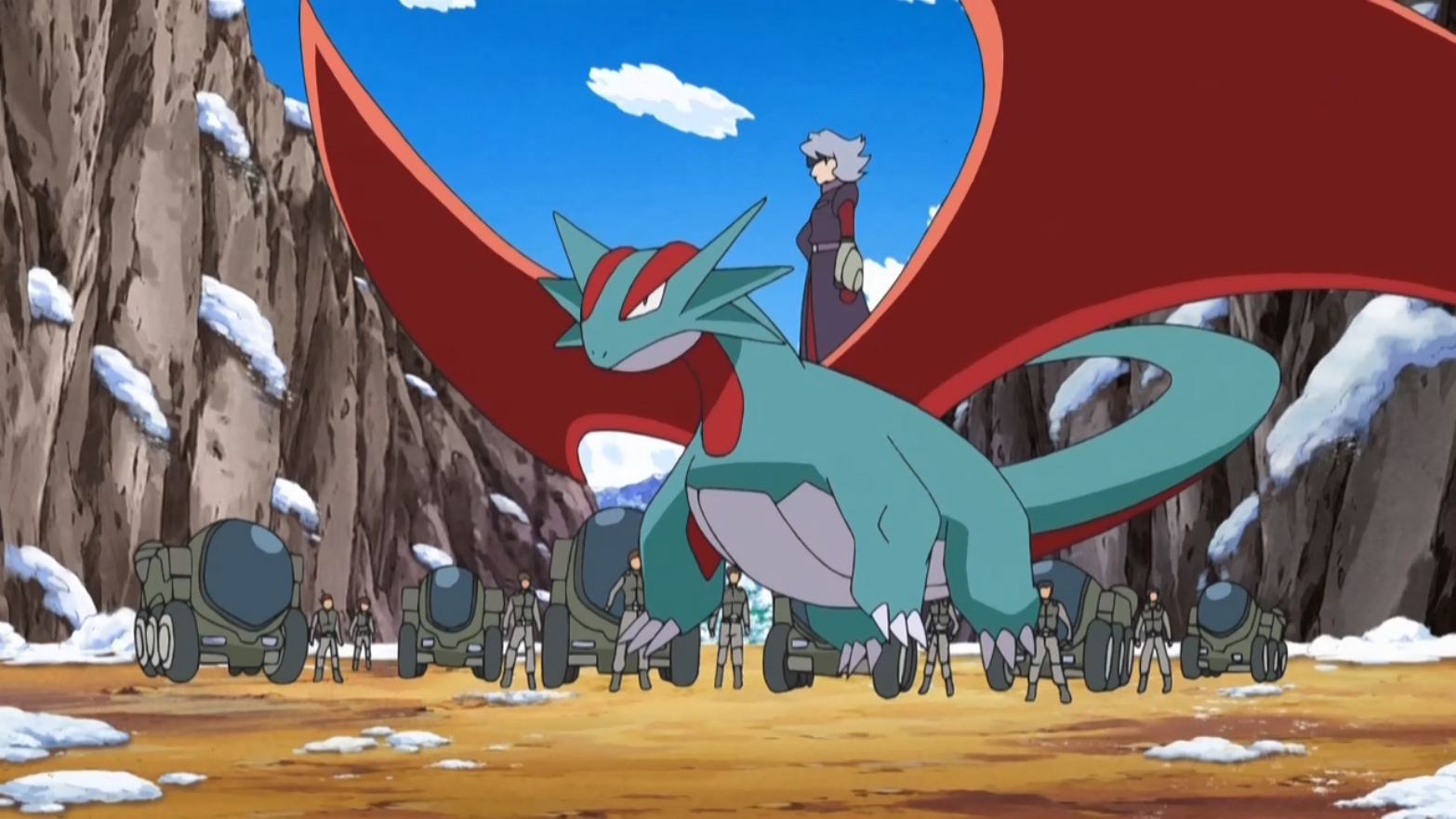 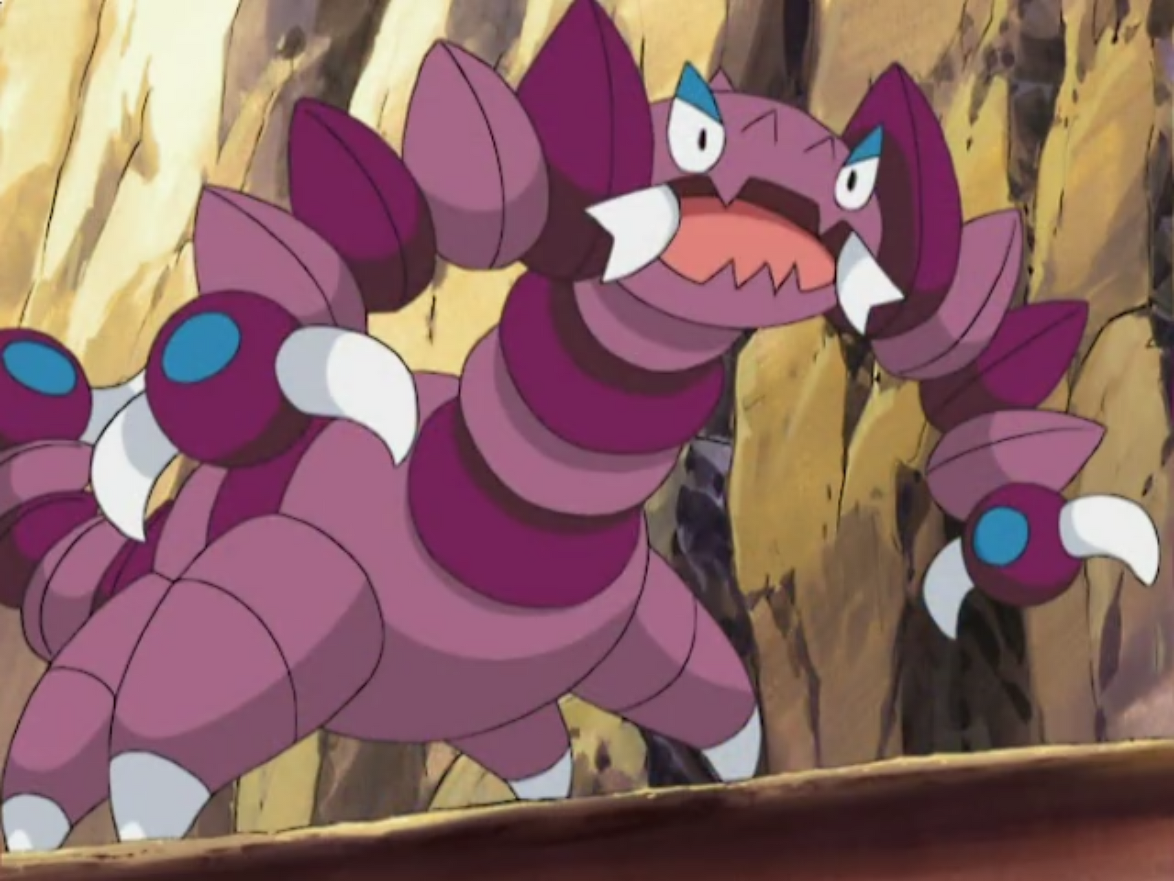 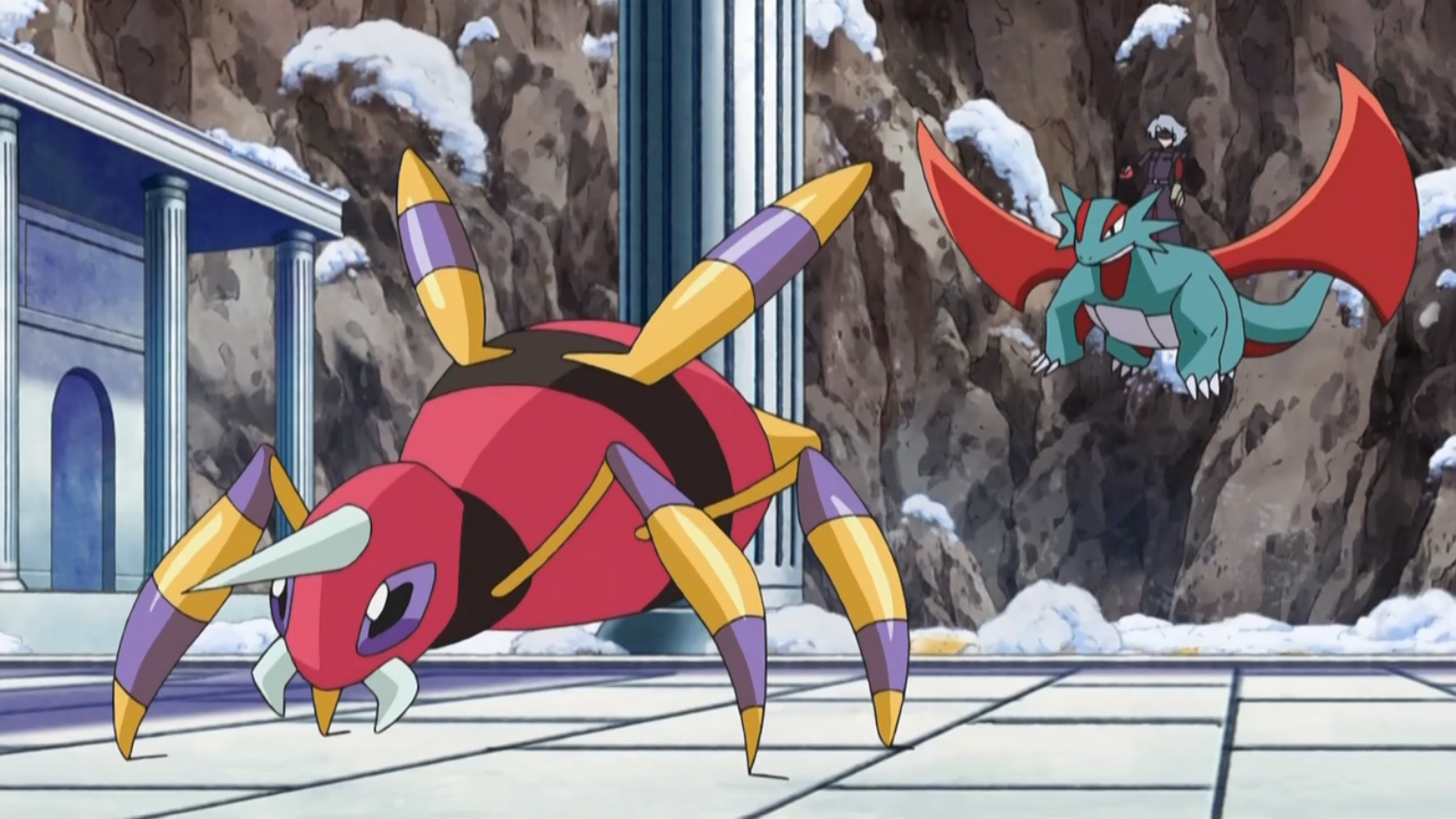