For the variant appearing in the games, see Ilima.

Ilima is a character from Pokémon Adventures.

Ilima is a slender young man with dark skin, medium length light pink hair and light blue eyes, donning a brownish vest with a diamond-like pattern on it, along with a white undershirt, long white pants, brown and white shoes, blue socks, a blue bag strapped to his pants, and a glove on his left hand. He also wears the Trial Captain medal as a hair accessory. He is usually seen holding a tablet and a notebook.

Upon seeing that she, Lana and Kiawe would assault Team Skull's hideout, Mallow thought of contacting Acerola and Ilima for help.[1] Ilima was contacted by Mallow at Melemele Island's Trainers' School. Mallow briefly explained to Ilima about their adventures, and were heading to Ula'ula Island to confront Team Skull. Ilima promised to be there, and ended the call. He came to a woman, who showed a boy, Hau, was awaiting him.[2]

Hau admitted he wished to battle Ilima, to train his Popplio he obtained from Professor Kukui. However, upon hearing Ilima was going to Ula'ula Island to invade Team Skull's base, wished to join him instead. Hau explained his grandfather was concerned about a Team Skull member, and blamed himself for not teaching that person that winning battles was not everything. Ilima nodded, seeing the reason why the Island Kahuna didn't do much against Team Skull. Hau believed Hala's wisdom about battles, since it was also fun to use different strategies against various people in battle, and even in loss one does not have to feel depressed. Ilima decided to let Hau tag along, who wanted to buy some malasada to calm down the hostilities before they sailed away. Once on Ula'ula Island, Ilima and Hau met the other Trial Captains, in a way that startled Mallow. While Hau hi-fived Acerola, Ilima explained Hau was a good negotiator, and why he let him come to Po Town. Inside, the group requested Guzma's presence. Guzma arrived with Plumeria, while Hau offered malasada as a peace offering. Guzma was amused, and accepted their request, if they could battle their way out of the impeding danger, for three strange creatures surrounded the Trial Captains and Hau.[3]

With the arrival of the Ultra Beasts on Poni Island, Ilima started his training to fight them.[7] He was on Exeggutor Island, when Mina, the final Trial Captain, arrived. As Hala was busy with other things, he put Nanu in charge of training the Trial Captains, but Ilima doubted if he could be a leader model to them.[8] Under Nanu's supervision, Ilima was training by battling Acerola.[9]

At Hokulani Observatory, Sophocles led the group to the Vikavolt airship, which he redesigned from the machine that could summon Totem Pokémon. Mina tried to walk away, to which Ilima grabbed her hand, so Sophocles' Togedemaru electrocuted everyone to go inside. Inside, the group revised that the crack in the sky had been opened at Mount Lanakila, and suspected that Sun and Moon came out. Molayne reminded they would have to fight the Ultra Beasts, but exclaimed the importance of rescuing Sun and Moon out of there. Suddenly, the airship got hit. The Vikavolt airship crashed, as they were attacked by the Ultra Beasts, and the Aether Foundation employees.[10] With the arrival of the four Guardian Deities, Ilima and Mina went out of the aircraft and started to battle the Ultra Beasts. They confronted Lighing, and had their Gumshoos use Breakneck Blitz and Ribombee use Sparkle Tackle Z-Moves. The Z-Moves defeated Lighting, and Ilima and Mina reported their victory to others.[11] 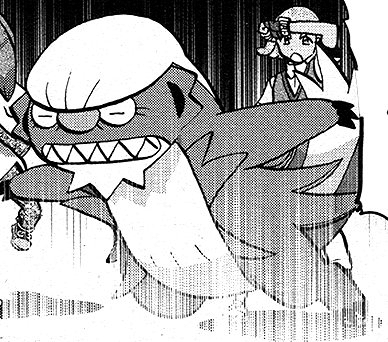 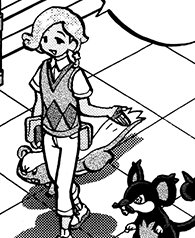 Retrieved from "https://pokemon.fandom.com/wiki/Ilima_(Adventures)?oldid=1189539"
Community content is available under CC-BY-SA unless otherwise noted.