Hypno (Japanese: スリーパー Suriipaa) is a Psychic-type Pokémon introduced in Generation I.

Hypno is a human-like Pokémon with yellow skin. On the top of its head are large, cat-like ears. Its eyes are usually squinted, and lower down. It also has a large nose. On its neck, Hypno has a large white mane, which stretches completely around. Hypno also has human-like arms and hands, which both have five digits. It is also always carrying a small pendulum, which it uses in most of its Psychic based attacks.

Female Hypno have longer collar-fur than the males.

Seeing its sweeping pendulum can induce sleep in three seconds, even in someone who just woke up. Hypno have both the abilities Forewarn and Insomnia. Insomnia will prevent the user from falling asleep while Forewarn will show the attack of an opponent with the highest attack power.

All Hypno also have the skills to cause anything to fall asleep, and also have a high amount of power in hypnotic abilities.

Hypno is the evolved form of Drowzee, as of level 26.

Hypno first appeared in the anime episode Hypno's Naptime. In this episode, Hypno's abilities had a strange side effect on many of the children in the local town, causing them to run off to a secluded garden and act like various Pokémon.

Hypno's English name is taken from the part, Hypno of the word of Hypnosis. 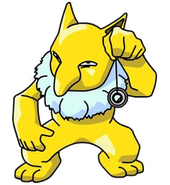 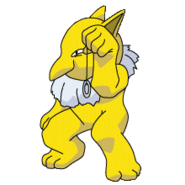 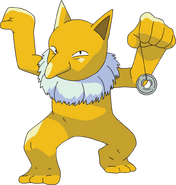 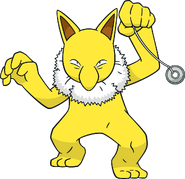 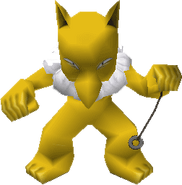 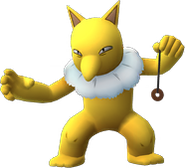 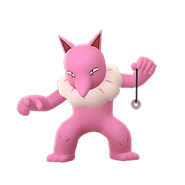 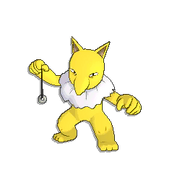 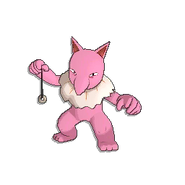 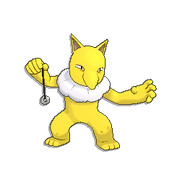 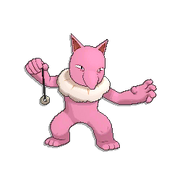