Hobbes in other languages

Hobbes is a character appearing in Pokémon the Series: Sun & Moon. He is Lillie's butler.

Prior to the events of Sun & Moon, Hobbes has been taking care of Lusamine's children (Gladion and Lillie) while the latter was at work at the Aether Foundation.

Hobbes is introduced to Ash and Pikachu. He initially tells Ash to wait outside, but invites him in when Lillie tells him that he is with her for an assignment. Lillie states that Hobbes is the best Pokémon trainer among the staff, so Hobbes battles Ash with his Oricorio after Lillie allows him to use their battlefield. Hobbes, along with Ash, later helps Lillie in driving out a wild Salandit that attempted to snatch the egg Lillie had brought from the Pokémon school.

Hobbes is surprised to see Lillie with Pikachu and learns from her that she is completing another assignment. Wanting to get over her fear of touching Pokémon (apart from Snowy), Lillie asks Hobbes to battle her, much to his surprise. Pikachu defeats Oricorio and Lillie hugs Pikachu for their victory, before realizing she is touching him, but continues to do so nonetheless. Hobbes looks on, touched by the event.

Lusamine tasks Hobbes with taking pictures of her daughter. While doing so, Lillie notices him and asks what he is doing; he nervously tells her to ignore him. Lillie soon confronts her mother and tells her to stop having Hobbes act weirdly, much to his embarrassment. 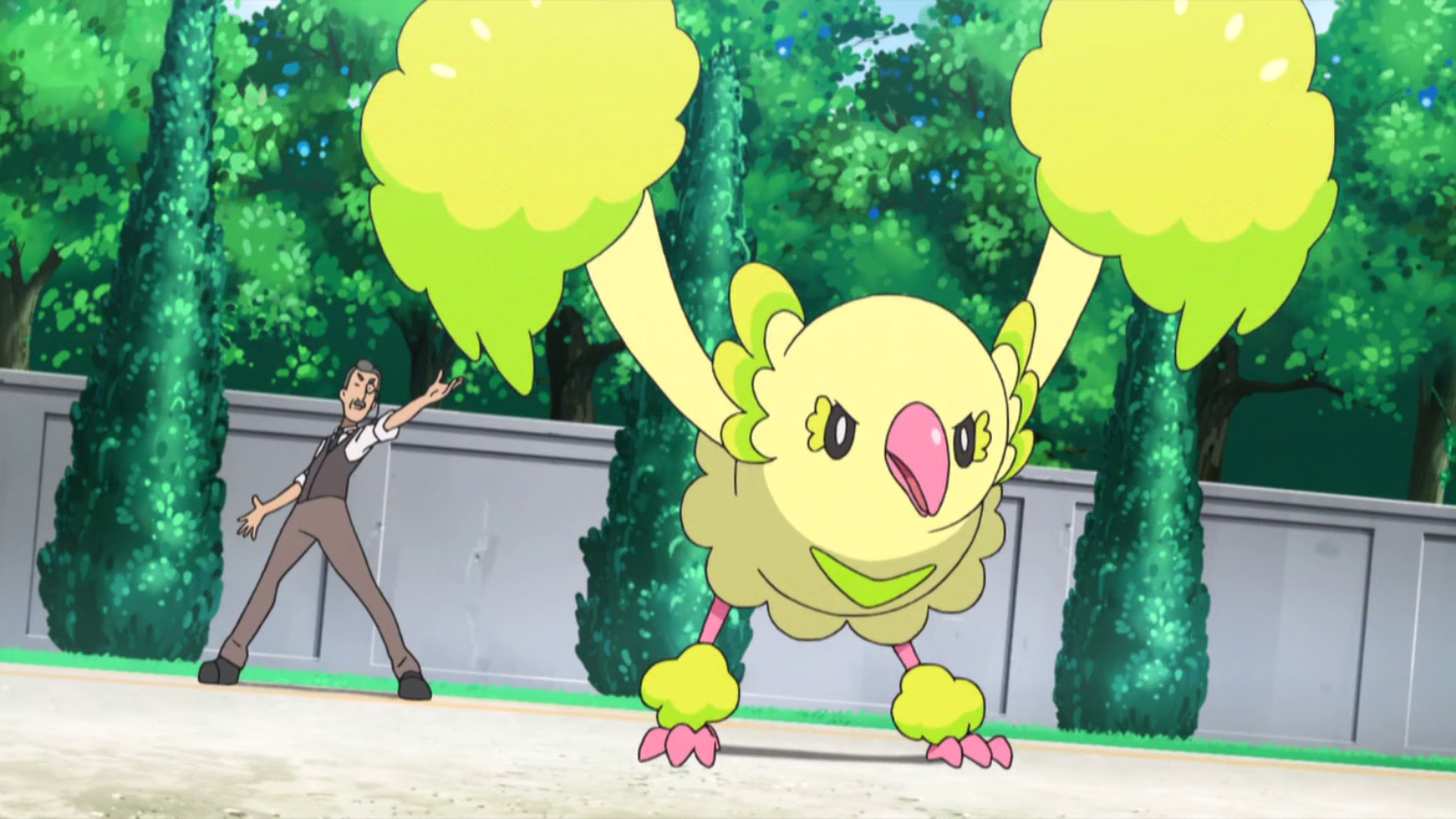 With Lillie
Community content is available under CC-BY-SA unless otherwise noted.
Advertisement