The Legend of the Ninja Hero!

Heidayu is a character appearing in Pokémon the Series: XYZ.

Heidayu was first seen when Kagetomo was talking about his plan to kidnap Hanzo from the Ninja Village to Heidayu and his Ninja Army. When Kagetomo and several ninjas escaped with Hanzo, Ash and Sanpei followed them, Heidayu came out a cave and blocked their way. Heidayu called out his Bisharp who fought against Sanpei's Greninja, Ash's Frogadier and Pikachu. Bisharp was able to defeat all three Pokémon but when Bisharp wanted to deliver the final blow, Saizo's Barbaracle blocked the attack. Heidayu was surprised to see Saizo and Barbaracle knocked out Bisharp. Heidayu called Bisharp back and ran off back to Kagetomo and the rest.

Heidayu removed his mask when he was at Kagetomo's hiding base. He noticed that they were spied on and prepared an attack on the heroes and the ninjas. Heidayu wanted to stop Ippei and Saizo from proceeding with his Bisharp but its attack was stopped by Water Shuriken and Water Pulse. Heidayu faced Ash and Sanpei again with the same Pokémon they used in their first battle. Bisharp was able to overwhelm their Pokémon but Ash's Frogadier evolved into Greninja when it blocked Bisharp's Shadow Claw. After the evolution was completed, Bisharp was easily defeated by Greninja and landed on top of Heidayu. After the battle, Heidayu was seen with Kagetomo, Hanzo and Ippei near the Ninja Village talking with each other. Heidayu and Kagetomo later left them. 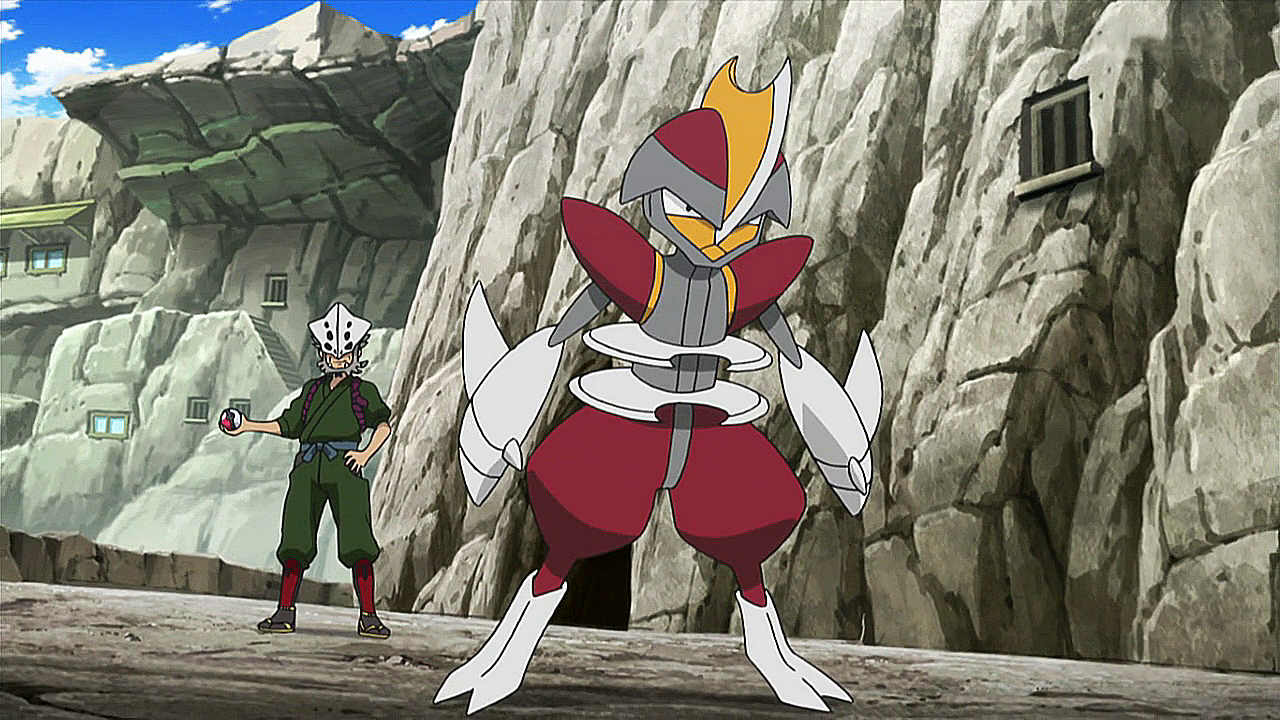 Heidayu without his mask
Community content is available under CC-BY-SA unless otherwise noted.
Advertisement