For the variant appearing in the games, see Hau.

ハウ Hau
Hau
Hau is a character from Pokémon Adventures.

Hau is a dark-skinned boy, with dark green hair, which is tied into a short ponytail with an orange band. Hau wears a black shirt, yellow board shorts with orange and white flowers on them and orange shoes and backpack. Hau is mostly seen smiling and being cheerful.

Hau has a childish personality; he only seeks battles for fun. However, he also wants to resolve things in a peaceful manner, as well as to help his grandfather, Hala. Hau is also a fan of malasada.

The name Hau comes from hau, the Hawaiian name for the beach hibiscus flower.

Hau was intimidated by Team Skull grunts on Route 2 and in Hau'oli City. Both times, Guzma dispersed his grunts, thus saving Hau. One day, the two had some Tapu Cocoa at the Pokémon Center. Guzma was displeased by the taste, claiming the drink was bad, even if it was the only type of drink in Alola. However, he did have some good Tapu Cocoa when he went with Hala in another region, where they were having Pokémon battles. He voiced his displeasure that people were comfortable around anything that was normal around Alola, and shunned away the people that didn't agree what was "normal". Thus, he invited Hau to come to the Team Skull base to have a "good" Tapu Cocoa.[1]

Hau was one of the participants for the Full Force Festival.[2] As Olivia and Moon were distributing malasada for the participants, they encountered Hau. Hau jumped out of excitement to grab a malasada, but was reminded by Olivia he could take only one. Hau took the number 3, marking his position at the tournament. He appeared with the other participants, still eating the malasada.[3] Hau watched Sun's battle against the Masked Royal. After Hala showed the prize to be the Island Challenge symbol, which disappointed Hau the reward was not malasada. In the first round, Hau faced Gladion, who sent Porygon against his Pichu. The two Pokémon collided with Psybeam and Charge Beam, while Gladion asked why was Hau participating in the tournament, thinking he wanted to succeed his grandfather, Hala. Hau denied that, as he just came to battle for fun. Gladion thought that was a weak reason made by weak people, as his Porygon defeated Hau's Pichu. Hau sent Komala, while Gladion swapped Porygon with Type: Null. Komala circled around with Rapid Spin, while Type: Null used Iron Head on it. He was also shocked that Guzma threw the Team Skull grunt on the plateau.[4]

With his Komala defeated, Hau lost the match. He was still happy to have battled, and noted the variety of moves Type: Null used. Gladion eyed him, which made Hau stop talking. Hau watched with Moon the battle between Sun and Guzma. He was surprised how Moon simply commented how Guzma's Golisopod broke Sun's arm, and how she was actually certain that Sun would win the match. As Sun was resting, Hau watched over him as Moon battled Gladion.[5] Hau and Sun watched Moon battle Gladion. When Gladion's Porygon was poisoned, Sun and Hau became terrified, knowing Moon's Grimer, who held Porygon, emitted poisonous gases. They hugged each other, being scared of Moon, who replied how rude they were. Moon was defeated, and out of her shock, Sun and Hau carried her to the bench. Sun faced Gladion, and Hau cheered for him. He was shocked to see Sun using his Sparkling Stone to win the battle.[6] After the Full Force Festival was over, Hau overheard his grandfather talking to Nanu and Olivia about a Team Skull grunt he tutored a long time ago. Hala felt regret he could not teach his former student that battles were not just about winning and being the best. In order to help his grandfather out, Hau decided to confront Team Skull.[7] Hau obtained Popplio from Professor Kukui. Later, he awaited Ilima's arrival with his Popplio near the Trainers' School on Melemele Island. He smirked, as he ate a malasada.[8]

Hau admitted he wished to battle Ilima, to train his Popplio he obtained from Professor Kukui. However, upon hearing Ilima was going to Ula'ula Island to invade [eam Skull's base, wished to join him instead. Hau explained his grandfather was concerned about a Team Skull member, and blamed himself for not teaching that person that winning battles was not everything. Ilima nodded, seeing the reason why the Island Kahuna didn't do much against Team Skull. Hau believed Hala's wisdom about battles, since it was also fun to use different strategies against various people in battle, and even in loss one does not have to feel depressed. Ilima decided to let Hau tag along, who wanted to buy some malasada to calm down the hostilities before they sailed away. Once on Ula'ula Island, Ilima and Hau met the other Trial Captains, in a way that startled Mallow. While Hau hi-fived Acerola, Ilima explained Hau was a good negotiator, and why he let him come to Po Town. Inside, the group requested Guzma's presence. Guzma arrived with Plumeria, while Hau offered malasada as a peace offering. Guzma was amused, and accepted their request, if they could battle their way out of the impeding danger, for three strange creatures surrounded the Trial Captains and Hau.[7]

Hau and his Pokémon fought the mysterious creatures, which Guzma named as Ultra Beasts. Once Sun showed up, Hau was glad to see him, and showed, in the middle of the battle, that he obtained Popplio from the professor. He was shocked to see Gladion, whom Guzma attacked.[9] Hau watched Gladion and his Type: Null confronting the Ultra Beasts. When Gladion mentioned Type: Null was created by the Aether Foundation, Hau hummed their advertisement song, and became shocked at that news. He later saw Gladion riding on Type: Null to catch up with the Ultra Beasts.[10] When Sun and Moon were describing the Ultra Beasts, they thought of Hau and Popplio, who fought the Ultra Beast dubbed as "Glutton", and officially named as Guzzlord.[11] When Faba was describing how much resources the Aether Foundation had invested in summoning the Ultra Beasts, he thought of Hau and the Trial Captains, who meddled in those affairs in Po Town.[12]

In the past six months, Hau got a Z-Ring and evolved his Pichu and Popplio into Pikachu and Brionne.[13]

Hau went to visit his grandfather on Exeggutor Island, and entered a tent, where Hala was with Guzma. When Guzma woke up, he looked at Hala, who became silent. Guzma was riled up, feeling as if Hala was disapproving of him. Guzma also looked at Hau, and told him he should seek his own destiny out if he didn't care about Alola's traditions, even if he was Island Kahuna's grandson, else he would become like Guzma. When Hala and Hau went out of the tent, Hau gained his grandfather's attention about training, since he was not permitted to train with the Trial Captains. Hau smiled, and admitted he wanted to join the fight to save Alola. After seeing Hau's Z-Ring and his Pokémon, Hala changed his mind, and decided to train his grandson.[13]

Hau was being trained by Hala on Poni Island's Resolution Cave. The latter's Brionne defeated Hala's Bewear. Hala applauded Hau for the victory, whose Primarina evolved. Hau attributed this success to Hala, who stated Hau was the one who raised Primarina well. Suddenly, Hau stopped, as he was reminiscing about what Guzma had said. He told it was Guzma's fault to be so antagonistic towards everything. Hala stated he believed that problems in Alola region should be solved by its people. He believed people like Hau or Guzma could even be Island Kahuna, to which Hau doubted Guzma would take on that role. The two laughed, and as they were going to Mount Lanakila, they witnessed Tapu Fini getting attacked by Buzzwole. They were contacted by Olivia, who filled them in what happened with them and the Island Kahuna on Mount Lanakila. Olivia asked Hala to protect Poni Island, and logged out. Without further ado, Hala and Hau went to assist Tapu Fini in battling Buzzwole.[1]

Several months after the Ultra Beasts threat had passed, Hau opened a Malasada and Tapu Cocoa shop with Guzma and Mallow.[14] 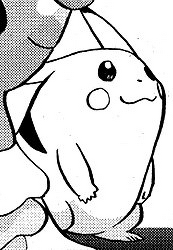 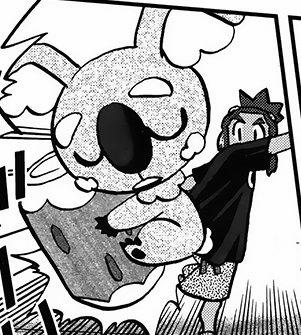 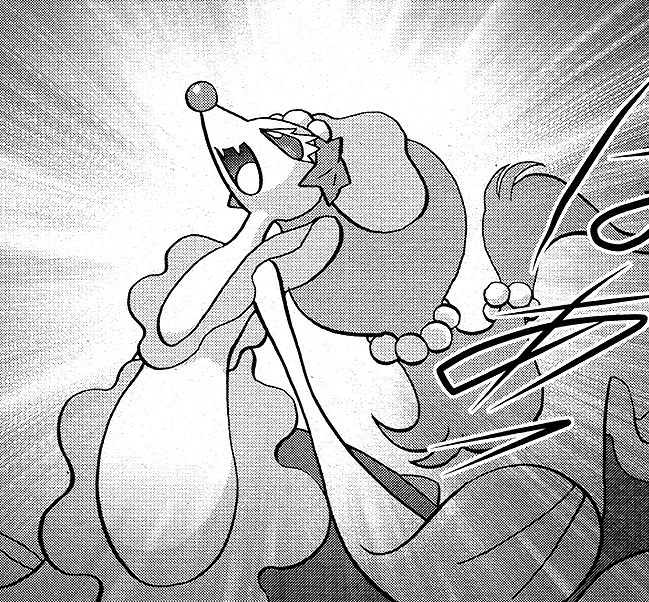 Retrieved from "https://pokemon.fandom.com/wiki/Hau_(Adventures)?oldid=1426387"
Community content is available under CC-BY-SA unless otherwise noted.