For the variant appearing in the games, see Hapu.

Farmer
Island Kahuna (as of SM108)

Hapu is a character appearing in the Sun & Moon - Ultra Legends.

Hapu is a young girl with grey eyes, black hair and grey gloves. Being a farmer herself before being a kahuna, she wears a khaki outfit, with purple kneecaps, black boots and a purple bonnet. Also, she has a purple scarf around her neck, and carries a purple bag around her waist.

Hapu is seen to be a hard worker in her radish fields along with her friends Mudsdale and Golurk. She is quite prone to jumping to conclusions as she mistaken Ash as the thief and was unwilling to listen to his story. Even after discovering her misjudgment, she still refused to listen to his request. Due to not many children of her age on the island, Hapu is more of a loner, who respects traditional values, passed down from her grandfather.

After Ash and his friends spent some time with her, Hapu noted there were different people with different battle strategies, which changed her mind to even protect them, even to fight Tapu Fini for their lives.

Hapu trained with her grandfather, an Island Kahuna, and inherited a lot of his skills. However, she could only fight grown-ups on Poni Island, and while she succeeded in defeating them, she didn't get any opportunities to battle someone her own age.[1]

Hapu noticed her Poni radishes were stolen, and became even more suspicious of strangers. Later, Hapu was working on her Poni Radish crops, and was helped by her Golurk. Noticing some dancing Oricorio, she shared some radishes with them, satisfying the Pokémon. When Ash entered her crops, he was blown away by her Golurk; Hapu assumed he and his friends were thieves that wanted to steal her crops. Ash explained he was not a thief, but Hapu didn't want to hear it, and used Golurk to battle his Pikachu. Hapu noted he was at a disadvantage, and despite Pikachu attacking Golurk's knee to force it to kneel down, he was defeated by a High Horsepower attack. Hapu exclaimed this was what happened to thieves, and asked of them never to return. After tending her garden, she noticed how quiet it was, and went scouting on Golurk. She found Ash fighting Team Skull grunts, and glared the former. Ash pointed out the grunts were the ones that stole her radishes, and used them to snatch Oricorio. Hapu, who saw the desecrated radishes as well as the Oricorio's inside Team Skull's bag, became grim, and sent Mudsdale, who easily defeated Team Skull's Pokémon.

Hapu demanded them to leave, and with Plumeria's appearance, the grunts left. With the Oricorio released, Hapu apologized for mistaking Ash to be a thief. Ash wanted a rematch, but Hapu flew on Golurk, since that battle had nothing to do with this incident.[1] At the Ruins of Hope, Hapu called upon Tapu Fini to contact her grandfather, and wanted to ask of him why didn't Tapu Fini recognize her as the next Island Kahuna. She became sad, as she received no answer. As she went away with Mudsdale, the latter stepped in something and became aggravated. Hapu tried to calm it down, but failed. Ash came, and his Pikachu used Iron Tail to knock off a Corsola horn, which was stuck to Mudsdale's hoof. Hapu was relieved, and thanked Ash, who wanted a battle from Hapu. However, Hapu refused, being too prideful to accept his challenge. She pointed out he could face his friends in battle, but Ash wanted to battle others to gain experience, to prepare himself to fight Tapu Fini in a Grand Trial.

Hapu was disturbed, and seeing Ash had no concept of what Grand Trial represented, had Musdale kick him, Rotom and Pikachu away. She tracked him down, and hearing he called her "stubborn", she chased him down, until Lillie stopped them. Lillie introduced herself and Gladion, who wanted to face Ash, since he wanted to fight Tapu Fini, too. Hapu became a referee, and observed their battle. Shocked to hear that Ash actually encountered Tapu Bulu, and seeing his tactics, she wondered who he really was, and noticed Gladion was powerful, too. Lillie told Hapu that the Island Kahuna must witness how a trainer and Pokémon draw each other's strengths out, as the battle continued on. In the end, Gladion won, and Hapu saw that the two gave their best, and didn't expect this kind of battle. Soon after, they saw Tapu Fini floating in the sky.[2]

Hapu appeared in the Pokémon Center, and startled others by her sudden arrival. She told that she came to have their Pokémon taste some of her Poni Radishes, and wondered what they were doing. As Sophocles proclaimed he'd go to Vast Poni Canyon to evolve his Charjabug, Hapu confirmed it was possible to do so there. The group went to the port, where they encountered Ida and Kanoa. The latter thought Hapu found some new friends, who replied they were mere acquaintances. Regardless, she decided to go with Sophocles, Kiawe and Ash to Vast Poni Canyon, since she wanted to see Charjabug's evolution, too. The group met up with Team Red Comet, whom the boys competed against in the Charjabug race. Sophocles made a bet with Horacio, and won that bet, by having his Charjabug evolve first. This made Hapu note he was formidable, too. Later, Hapu attended the party for Ida and Kanoa, who left the next day.[3]

Mallow, Sophocles and Lillie went to Hapu's place, to have her evaluate the dishes they made. Hapu accepted, and showed how they had to clean the Poni Radish before eating it. Inside, she tasted the group's food, and was delighted by the taste. Outside, she had the group pull out Poni Radishes, to help tending the garden. She continued to taste the dishes, and had her made fluffy radishes, a type of dish, which she approved off. In the end, the group parted ways, where Hapu expected of them to visit her another day. She also sent Mudsdale and Golurk, but pretended that she didn't need company.[4] The next day, she noticed that Kiawe obtained a Flyium Z, after passing Tapu Fini's Trial. Kiawe and Ash mentioned seeing her grandfather, and Hapu believed it was the mist of Tapu Fini that allowed them to contact the spirit of the dead. At her house, the group helped in tending the garden, until mist started to form around them. Hapu managed to get Kiawe, Sophocles and Lana to her, while the rest wandered around the mist to find the spirits of their loved ones.

Later, she went on Musdale to Ruins of Hope, swimming through the high tide to find Tapu Fini. The latter danced around, ignoring Hapu's request to lower the mist and release her friends. Instead, Hapu sent Golurk, who used Flash Cannon to attack. Tapu Fini protected herself, and Sofu appeared. He exclaimed that Tapu Fini was pleased that Hapu wanted to protect her friends, and approved of her to become the Island Kahuna. As Sofu congratulated her, Tapu Fini stopped the mist. Hapu returned to her friends, informing Gladion and Lillie that their father didn't appear in the mist, since he was still alive. In addition, he informed Gladion he could challenge her as the newest Island Kahuna. While Gladion left, Ash decided to challenge Hapu, who grinned, promising this after she went through the formal ceremony.[5]

Hapu, before the ceremony, loaded her Mudsdale with some Poni Radishes. Later, at the Ruins of Hope, in a ceremonial dress, Hapu started the ritual by dancing around, with her friends observing her. She called upon Tapu Fini, who approached her from the pool of water and spread glitter around. Hapu's Z-Ring was enchanted by Tapu Fini's magic, and Hapu accepted the role of becoming the Island Kahuna. As Tapu Fini left, Hapu thanked her friends for attending the ceremony. She pointed out to some submerged ruins, where she and Ash would have a Grand Trial, as the sea level would drop down during the evening. After announcing she'd use her Mudsdale, Hapu flew off on her Golurk. That night, Ash faced Hapu, and, much to his friend shock, sent Pikachu to fight her Mudsdale. Hapu was amused that Ash chose Pikachu, and before the battle began, Hapu made a prayer to Tapu Fini to bless their Grand Trial. Hapu attempted to overpower Pikachu, as Mudsdale used High Horsepower. Pikachu evaded the attacks and hit Mudsdale, whose defense rose at each attack, before it retaliated with Double Kick.

Hapu anticipated Ash's strategy, who grinned, since he always battled to the fullest. Mudsdale used Bulldoze to damage Pikachu, but it ended up crashing the pillars and soaking Ash's friends. Hapu became amazed to see that Pikachu was using the terrain to his advantage. Thus, her Mudsdale executed the Z-Move Tectonic Rage, which sent Pikachu flying in mid-air, only for him to land on Electroweb he cast on the pillars. Ash made Pikachu fool Mudsdale, who tried to stomp the former, and used Bulldoze, which ended up crashing another pillar and soaking Mudsdale. Since Mudsdale was wet, it became an easy target for Pikachu's Gigavolt Havoc, which defeated it. Hapu was nevertheless happy, and opened a box of Z-Crystals for Ash to choose, for his reward for winning the Grand Trial. Ash had Pikachu choose the Steelium Z, which Hapu believed to be a good choice. The next day, Hapu came with Golurk and gave her friends some Poni radishes. She anticipated a good battle against Ash the next time they'd meet, and bid her friends farewell as they sailed away.[6]

Professor Kukui gathered the Island Kahuna, as well as Lusamine, to tell them about the idea of an Alola Pokémon League. Hapu pledged her support, and gathered with the rest to Aether Paradise, where Kukui announced the opening of the Alola Pokémon League. She recognized Ash, and greeted him, though the latter was warned by Burnet not to interfere with the meeting. Hapu exclaimed the Pokémon League was open for all trainers that wanted to battle, to empower themselves and their Pokémon. Later, the news reporters continued to interview her.[7] Hapu was present at the Vikavolt Race. Before it began, she announced she expected a hot-blooded race from everyone. She watched the race, and after Sophocles won the race and received Bugunium Z, Hapu awaited him at a beach. Since Sophocles helped other racers by fighting Team Rocket, and releasing their Vikavolt, Hapu gifted Sophocles with a Z-Ring, and expected of him to continue being courageous, heroic and valiant.[8] Hapu fought against Gladion in a Grand Trial, but lost the battle. She congratulated Gladion on his victory over the last Grand Trial. Gladion admitted to Hapu that he wanted to participate in the Alola League. However, he explained he had one thing to take care of before the start of the tournament.[9]

Hala, Olivia, Nanu and Hapu gathered at the stadium, and asked of others to help evacuate the people. Ash pointed out that Guzzlord's weak spot was its second face. The Island Kahuna sent their Pokémon out, but Guzzlord's loud howl nearly blew them away. In that moment, the four Guardian Deities appeared and held Guzzlord, letting the Island Kahuna devise a plan to blow Guzzlord through the Ultra Wormhole. Hala and Olivia's Hariyama and Lycanroc toppled Guzzlord down, while Nanu and Hapu's Persian and Mudsdale blew it away into the Ultra Wormhole, using their Z-Moves. Seeing the Ultra Wormhole closing, the four Island Kahuna smiled for their success.[20] The next day, Olivia, Nanu and Hapu watched the final battle - the exhibition match - between Professor Kukui and Ash.[21][22][23][24] After the League was over, Kiawe decided that his next goal would be to master Z-Moves and finish his Island Challenge, which included defeating the Island Kahuna Hapu.[25] 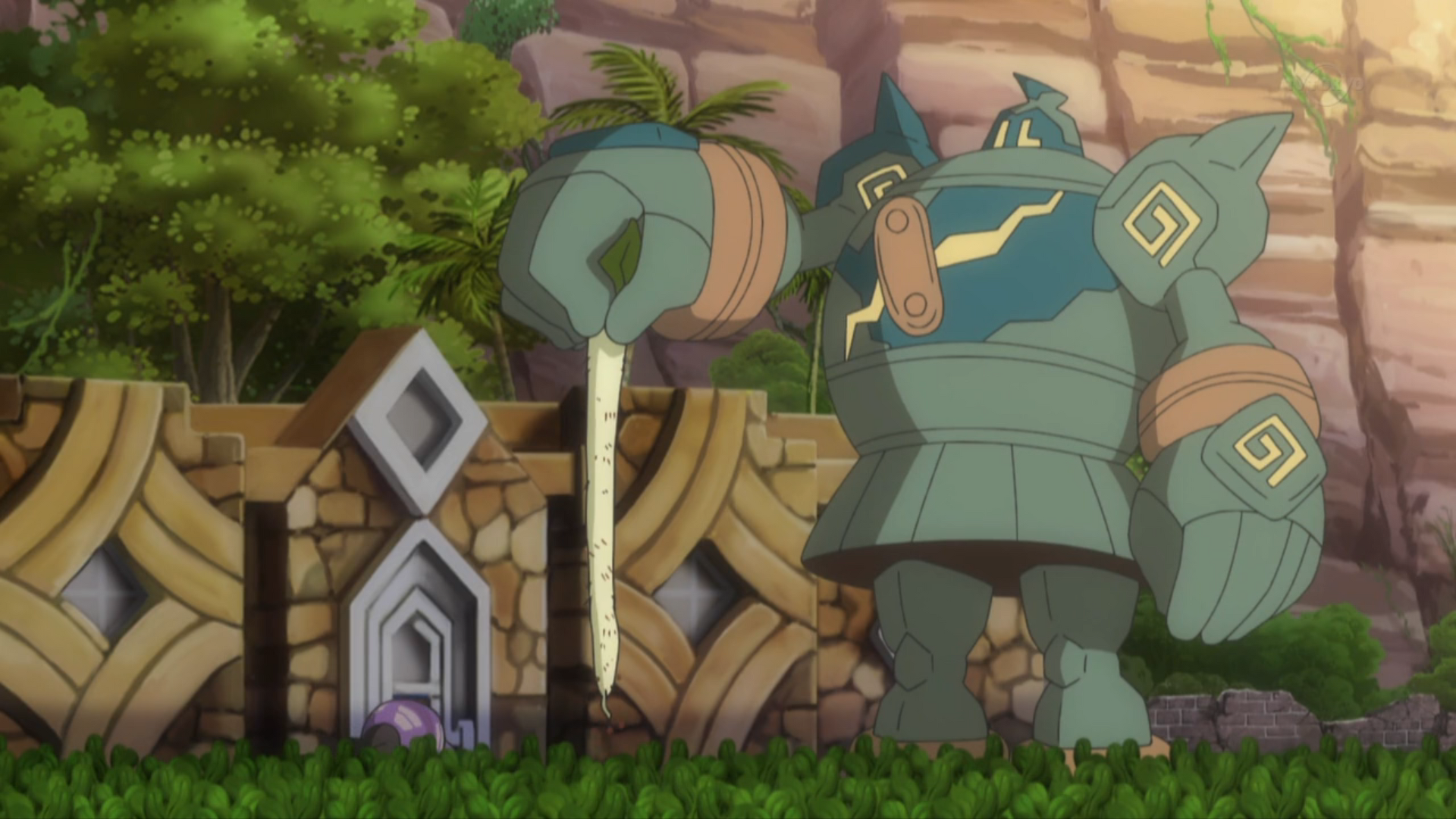 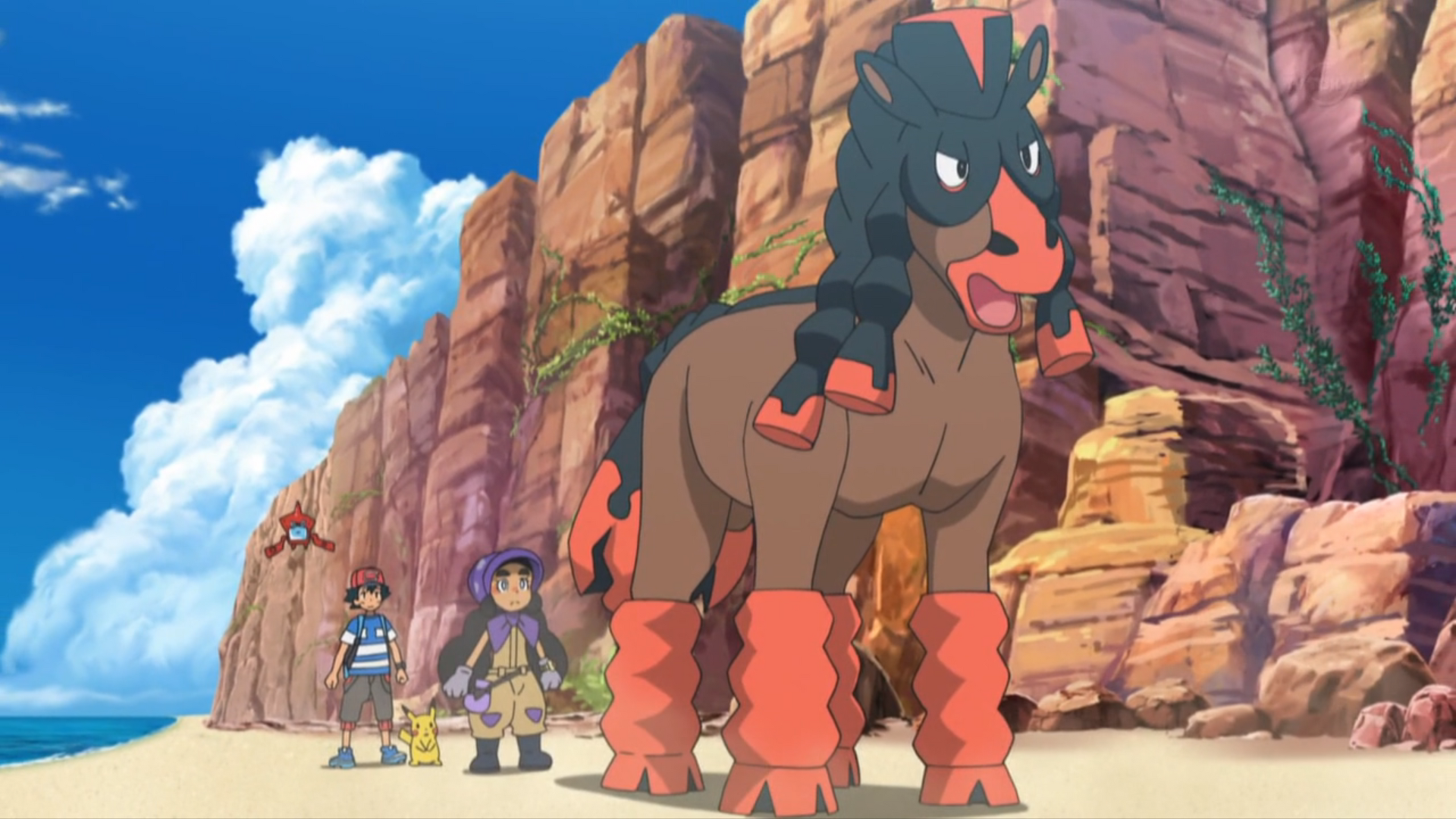 Retrieved from "https://pokemon.fandom.com/wiki/Hapu_(anime)?oldid=1298377"
Community content is available under CC-BY-SA unless otherwise noted.