For the variant appearing in the games, see Guzma.

Guzma is a character appearing in Pokémon Adventures.

Guzma is a man with white hair top with a shaved lower black, dark eyes and black eyebrows. He wears a black jacket with a zigzag pattern on both sides of his jacket, which has the Team Skull logo on the back. He also wears a white shirt, some black pants with two white X's under his knees and pair of white shoes. Guzma also has a purple tattoo of Team Skull on his left arm and a golden watch, while on his right hand are black and white bracelets. He also wears sunglasses with a golden frame (with one of the glasses being bent), and a locket that has the yellow logo of Team Skull.

After he lost in the Full Force Festival, Guzma bashed his head, causing his sunglasses to shatter. The event left him with scars on his forehead.

Guzma is a violent individual, even to the people of his own organization. His desire is to gain power to destroy everything standing in his path. He does not tolerate weakness, and is furious when he hears that he is someone's servant. When he loses, Guzma yells out "what is wrong with him", as he does not tolerate losses.

Guzma entered an unlikely alliance with the Aether Foundation's president, Lusamine.[1] She gave him the control of the Ultra Beast, Cosmog.[2] Plumeria tried to warn Guzma of the possible danger. However, Guzma was nevertheless pleased that he had the Aether Foundation as his partner, and even trusted them.[3]

Two grunts came to Guzma, reporting someone had beaten them. Guzma was displeased, since they showed Team Skull was a weak organization. Despite the two grunts being hit by Pyukumuku, Guzma ordered them to bring the SlowpokeTails for the upcoming festival. He also ordered them to find that brat, for he would personally beat him.[4]

Guzma came to the Full Force Festival. Annoyed that the Team Skull grunt did not report about Sun's whereabouts, Guzma had him attacked, knocked on the stage of battle. Others noted Guzma was the Team Skull leader, who decided to take place in the tournament, replacing the grunt. Olivia refused to give him this right, but Guzma reminded them they let Moon do so. Hala let Guzma enter, who turned around and saw Sun. Guzma introduced himself, claiming he would beat Sun.[5]

After Gladion defeated Hau, Sun was enthusiastic, thinking he had a chance at winning. Guzma eyed him, wondering if he actually believed that. Guzma's Golisopod lifted Sun in the air; Hala claimed there won't be any battles outside the ring. Guzma replied "the kid was slacking off" and *helped* Sun get on stage, as Golisopod threw Sun on the plateau. Guzma sent Masquerain against Sun's Dollar, the latter using Water Sport. Dollar's Fire-type attacks' power was decreased and Masquerain defeated Dollar with Bubble. Sun sent Cent, while Guzma threatened to crush Sun. Cent spread the water around that Masquerain emitted, causing the latter to drop its altitude. As Cent defeated Masquerain with Night Slash, Guzma sent Golisopod, who immediately used First Impression on Cent. Guzma proclaimed that he had to let anyone know if someone was to underestimate Team Skull, they would be crushed. Cent was thrown away and Sun accidentally got his hand broken by Golisopod's attack. Golisopod attacked Cent by the coin on its head. Guzma's confidence fell when Sun pointed out Cent becomes berserk if the coin on its head becomes dirty (for Golisopod's claws were filthy). Cent threw Golisopod away and attacked it, then defeated it with Pay Day. Guzma yelled out "what was he doing" and bashed his head on the floor, causing his glasses to shatter and injure him. As the Team Skull grunt pulled him away, Guzma called Masquerain and Golisopod back, then left. Olivia stated all challengers should at least watch the end of the tournament. Guzma simply replied was "he ordered by an old hag", which made Olivia dizzy. Guzma told there was only one person that could boss him around, then left.[6]

Gladion came to Ruins of Conflict, where Guzma awaited him, looking for Tapu Koko. Guzma reminded Gladion they both participated in the tournament, and wondered why did he let Sun win, since he could've sent Porygon out. Gladion cut the talk, and Guzma offered him the position as Team Skull's bodyguard. Gladion started to think about it, as Guzma claimed he needed something to straighten up his grunts, calling them "idiots". After Gladion accepted, he recalled Guzma said there was a person whom he served before he left. Guzma played dumb, questioning if he really had said that. Regardless, he and Gladion went to show the latter where Team Skull's base was located.[7] Trial Captains, with Hau, went to Po Town to negotiate with Team Skull. Guzma, with Plumeria, appeared on the balcony. Hau offered some malasada as a peace offering, which amused Guzma. He permitted to speak with them, if they survived the attack of the strange creatures, which surrounded the Trial Captains and Hau.[8]

Guzma gloated as the children struggled in combating the mysterious creatures, which he named as Ultra Beasts. Regardless of what his enemies thought, Guzma was amused by these strong creatures, which belonged to him. He was displeased the chaos didn't escalate, and much to others' shock, he used a Cosmog of his own to summon more Ultra Beasts, which nobody had seen before. These Ultra Beasts started attacking his own men. Guzma didn't care, exclaiming once the Ultra Beasts came into their world, they were free to do as they wish - he declared them to start destroying everything. Suddenly, Gladion questioned Guzma who gave him the Ultra Beasts. Guzma refused to answer, and upon the question was there someone controlling him, Guzma went into a rage. He sent Golisopod to attack Gladion, whom Guzma asked why did he join the Ultra Beasts. Gladion answered his reason was to fight the Ultra Beasts.[9]

Guzma was infuriated at Gladion for joining Team Skull to interfere with his plans with the Ultra Beasts. Much to Guzma's dismay, Gladion knew the person controlling him: Lusamine, the president of Aether Foundation. During the fighting, an Ultra Beast, known as Lighting, emitted electricity, blowing the balcony, causing Guzma and Plumeria to fall down. Guzma was furious, but Gladion reminded that, in his words, the Ultra Beasts were free to do once they were out. Gladion stated Guzma was being used, who smiled. Just as he was to say what was really going on, Guzma was grappled by an Ultra Beast and carried away. Moon tried to save him by having Rowlet use Razor Leaf. However, she was stopped by Lighting, and Guzma was taken away through the hole, from which the Ultra Beasts came from.[1] Moon and Sun met Anabel of the International Police, and described her the Ultra Beasts they had encountered, and explained one of the Ultra Beasts took Guzma through the hole in the sky.[10] While being taken by the Ultra Beast, Guzma was enveloped in pitch-black darkness. However, he felt comfort and relaxed.[11]

While in Ultra Deep Sea space, Sun and Moon encountered many Ultra Beasts, which looked like the one that took Guzma away. This made the two wonder if Guzma was located in this space.[12] In fact, Guzma was left on Poni Island. He could not move any part of his body, and didn't even feel hatred towards Alola region. The Ultra Beast, Nihilego, which had taken him away, was captured by Lusamine. Guzma watched as Lusamine tried to even fuse herself with Nihilego, who was atop of her. Guzma had no feelings about that, though he witnessed that Lusamine even changed her appearance for a bit, when Nihilego took possession of her, and made him wonder if Lusamine could be reverted back to a human. Some time later, he was discovered by Mina, and the two were taken by Wicke and her subordinate to Exeggutor Island, where Guzma told his story to the Island Kahuna.[11] Lillie wondered about Guzma's words how her mother may never be human again.[13]

When Guzma woke up, he looked at Hala, who became silent. Guzma was riled up, feeling as if Hala was disapproving of him. Guzma also looked at Hau, and told him he should seek his own destiny out if he didn't care about Alola's traditions, even if he was Island Kahuna's grandson, else he would become like Guzma.[14] When Plumeria stopped attacking, Lillie called Wicke on the phone, who used a video link to show Plumeria that Guzma was still alive on Exeggutor Island. Plumeria was in shock to see Guzma in bed. She knelt down to see Guzma well, who was uncertain why was he wearing patient clothes.[15]

Several months after the Ultra Beasts threat had passed, Hau opened a Malasada and Tapu Cocoa shop with Guzma and Mallow.[16] 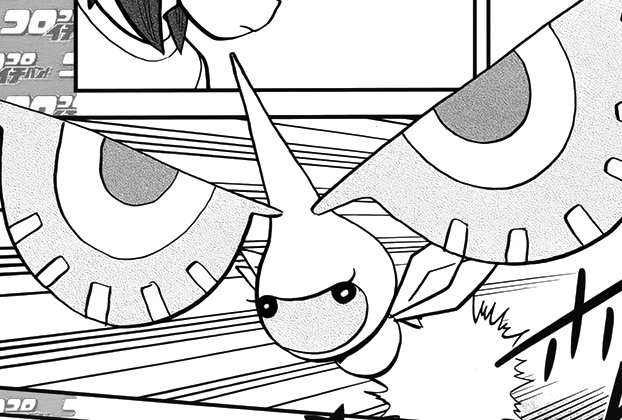 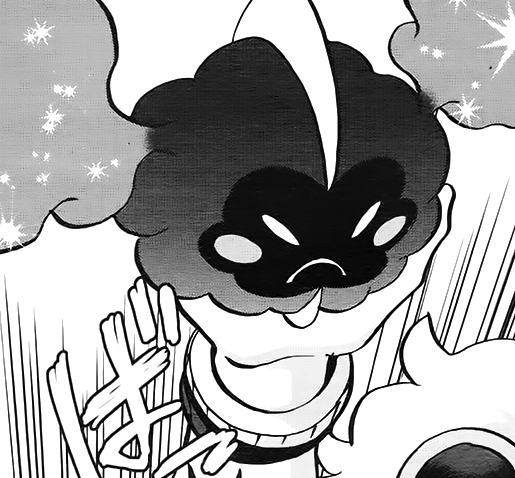 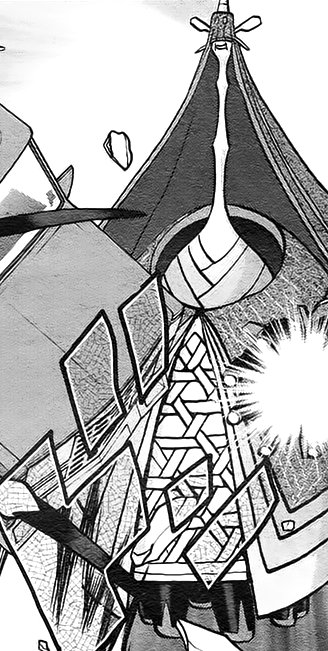 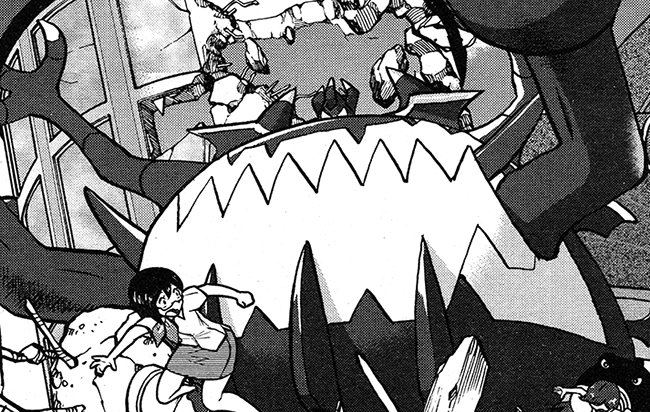 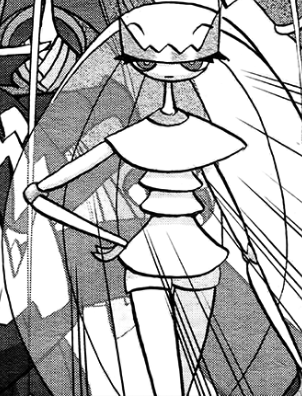 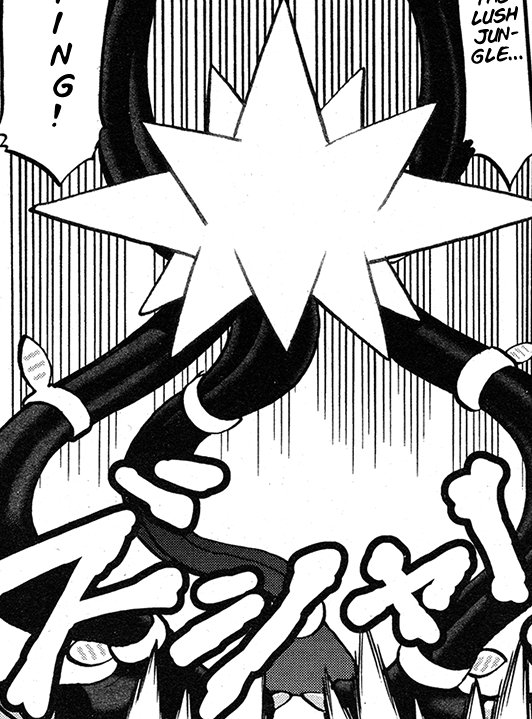 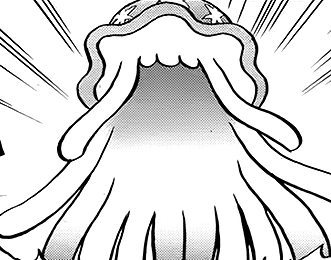 Retrieved from "https://pokemon.fandom.com/wiki/Guzma_(Adventures)?oldid=1189554"
Community content is available under CC-BY-SA unless otherwise noted.