Gulzar is a character appearing in Pokémon: Adventures in the Orange Islands.

As the heroes did not have much food, Tracey pulled some flowers, which were Gulzar's headgear. Gulzar was upset and used his Gloom in a battle against Ash's Squirtle. Squirtle lost, so Ash sent Snorlax, but broke his Poké Ball. Snorlax eventually attempted to eat Gloom. Since it failed, Snorlax ate Gulzar's flowers.

Later, Gulzar appeared in front of the Pokémon Center and told them the food shipments are late. As Ash used Pikachu to battle Meowth in the robo-suit, the people were desperate and had the idea of giving Pikachu to Team Rocket for the food. Gulzar told them they shouldn't do that and after Snorlax blasted Team Rocket off, Gulzar appreciated Ash's Pikachu battled Meowth in the robo-suit and proposed a battle to Ash one day. 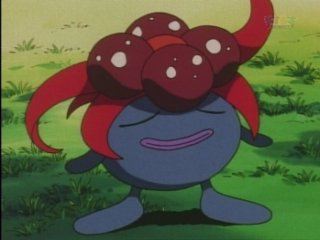 Retrieved from "https://pokemon.fandom.com/wiki/Gulzar?oldid=1251362"
Community content is available under CC-BY-SA unless otherwise noted.