Grimsley in other languages

Second
Grimsley is the second member of Unova's Elite Four who specializes in using Dark-type Pokémon.

Grimsley is notable for an odd appearance: a black suit with red outlines and yellow buttons, and a yellow scarf.

He also resembles the other variants but he wears another outfit that resembles a kimono and his expression is quite tired. His scarf is now black instead of yellow. He now has a streak of white hair.

Charming and mysterious, Grimsley displays similar behavior to that of an upper class gentleman. However his rather snide smile and scheming posture may indicate that he is somewhat of a schemer among his cohorts.

Since he was born in a fallen noble family, he has bad gambling habits, and regards life as a gamble. However, he prefers movesets that give him safety and a bigger advantage.

Grimsley first appears in Alola Route 15. He gives the player character a Sharpedo jet to ride on to Po Town after the player manages to guess the side of his coin he has flipped. He also appears at the Battle Tree. 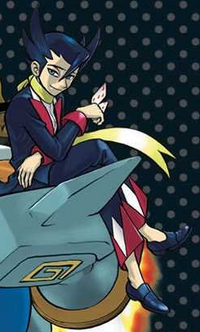 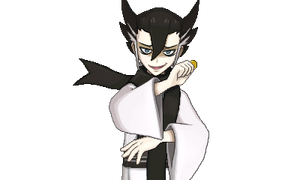 Grimsley's VS sprite in Sun & Moon