For the variant appearing in the games, see Grant.

Grant is a character appearing in Pokémon Adventures, who is the Gym Leader of Cyllage City in the Kalos region.

Grant has dark skin, black hair and greyish eyes. He wears three stones in his hair, colored yellow, red and blue. He wears a simple black shirt, grey pants and black shoes and carries the climbing equipment on his neck and around his hips.

Grant is an enthusiastic climber. He also cares for Cyllage City and his issues become personal if someone damages it.

Clemont visited Grant in Cyllage City and received a call from Bonnie a Pokémon from the Prism Tower had escaped. Grant thought Clemont was a terrible brother to leave her little sister in charge in the wake of his absence. Before Clemont could reply, Grant recognized the famous Rhyhorn racer, Grace, who was taken away.[1] Before Clemont went away, Grant gave him an article about Grace.[2]

After Cassius and the kids got attacked by the Sky Trainers, Cassius' propeller broke down and he crashed the helicopter. Grant was shocked how much damage was caused and intimidated Cassius for destroying so much of property.[3]

Later on, Grant visited the patients, along with Olympia and Valerie, in Laverre City. Grant promised to fight Team Flare and saw a note Ramos and Wulfric will be joining them soon. Trevor asked Cassius if he was friends with Grant. Cassius replied Grant calmed down after Cassius promised to pay the damages for crashing the helicopter.[4]

Grant, Olympia and Valerie joined Ramos and Wulfric, then sailed on Wulfric's Avalugg to Laverre City. There, the children from Vaniville Town joined in the attack on Geosenge Town. Grant informed Wulfric those were the children from Vaniville Town. Upon seeing the Ultimate Weapon, everyone sent their Pokémon to push the "bud", with Grant sending his Tyrantrum and Aurorus.[5][6] After Y managed to befriend Xerneas, everyone held Xerneas, including Grant, as Xerneas flew off, retreating from the site of battle.[7]

Grant and the other Gym Leaders fought against Team Flare, eliminating their presence in other cities before they went to the Pokémon Village.[8] In the end, Grant came with Professor Sycamore to congratulate the group of Vaniville Town for defeating Team Flare.[9] 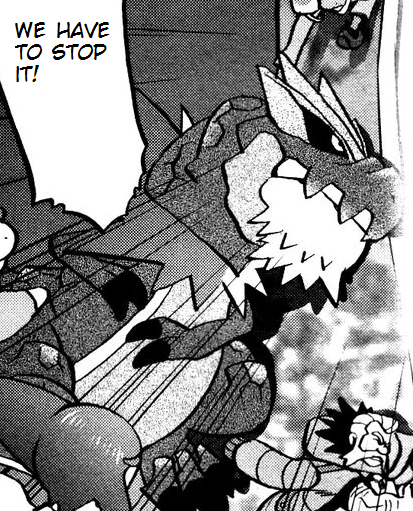 Retrieved from "https://pokemon.fandom.com/wiki/Grant_(Adventures)?oldid=1261005"
Community content is available under CC-BY-SA unless otherwise noted.