For the variant appearing in the games, see Grace (Kalos).

Grace is a character appearing in Pokémon Adventures.

Grace has blue eyes and a brown hair, with a yellow hairpin. Grace wears a simple black t-shirt, a tracksuit, whose sleeves have been tied in a knot and some orange shoes.

During her races, Grace wears her tracksuit and some fingerless gloves.

Grace is a determined Rhyhorn racer, who refuses to give up. She also has a concern about Y, who is not following her mother's footsteps.

Grace was a famous Rhyhorn racer, who wanted her daughter, Y, to follow in her footsteps.[1] Grace was friends with X's parents and agreed to take him in when he was a young child while they were away. After learning Y had attended the Sky Trainer academy, Grace was worried and tried to persuade Y, who was angry at her mother. Grace tried to talk to X about it, but X didn't do much, so Grace left Vaniville Town a few days before the incident.[2] Grace came after the battle between the Legendary Pokémon was over and was terrified to see Vaniville Town in ruins. As she tried to do something, she was attacked and knocked unconscious.[3]

During the commotion at Vaniville Town with Xerneas and Yveltal. Y tried to contact her via her phone from Aquacorde Town but failed.[1] Y came to her friends with some clothes they could wear as a disguise, reminding the men in red could track them through X's Mega Ring. She also remembered telling the spy, the innkeeper, who her mother was.[4]

Later on, in Cyllage City, Grace escape from Team Flare's prison and sat on a bench with a water bottle in her hand, with a very tense, alarmed expression on her face. Soon after, four Team Flare grunts corner her and escort her back to their prison. This was being watched by Clemont and Grant, the Kalos Gym Leaders.[5] Grace was taken back into the prison and the guards were surprised she still managed to break out, since this was her fifth attempt. Still, the guards let her know they have a network of informants throughout Kalos, meaning Grace cannot escape easily. Grace was feeling disappointed she couldn't escape, but gave the other prisoners hope, for they will escape from the prison one day.[3]

As the guards were away from the prison, the other prisoners encouraged Grace to show them her trick - else they would be missing, like the 15 prisoners that never returned. Grace made a sound on the wall and a Klefki appeared. Grace admitted Klefki, while the guards were distracted, it took the key to the cell and gave it to Grace, allowing her to escape a number of times. Grace unlocked her cell and freed everyone. Just as they were to escape, they faced Celosia's Aegislash, for Celosia had an important plan involving these people.[6] The children noticed as Vaniville Town's residents, including Grace, were moving the Xerneas tree. Grace, even if being under Aegislash's mind control, noticed Y's lock of hair in Celosia's hand. Grace tried to examine it, but Celosia pushed Grace away, knocking her on the ground. This upset Y, who dived in to save her mother, but this also spoiled the ambush the children were preparing.[7]

Y tried to get her mother out of the mind control.[8] However, Y failed, so Trevor proposed getting Grace and the other residents to a hospital.[9] Eventually, everyone was being taken to the hospital, including Grace.[10] Y spoke to Grace, who lay unconscious in her own bed. Y apologized to her mother about the words she said before her mother went away from Vaniville Town before the clash of the Legendary Pokémon.[11]

After Team Flare's defeat, Grace welcomed Y and her friends at Vaniville Town. Y hugged her mother, while others were relieved they were back home.[12] 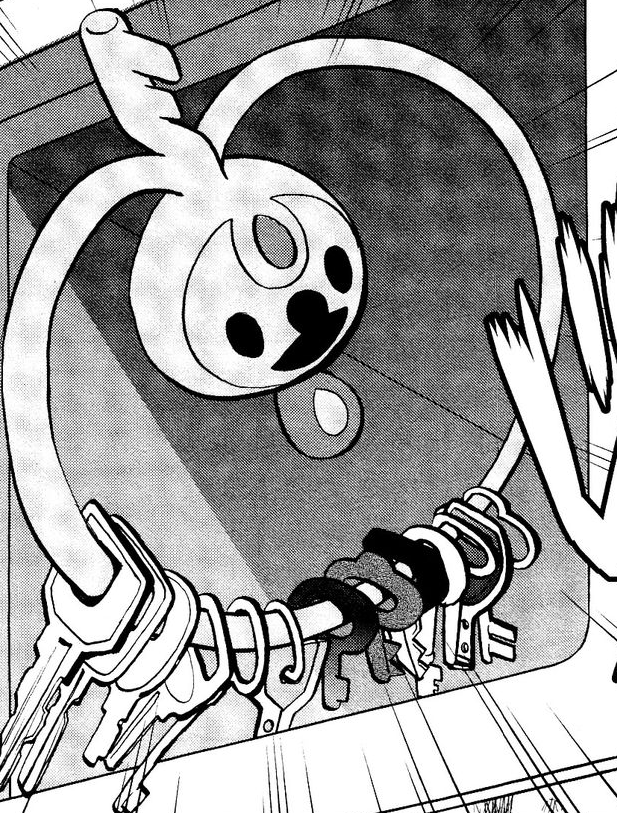 Retrieved from "https://pokemon.fandom.com/wiki/Grace_(Adventures)?oldid=1156124"
Community content is available under CC-BY-SA unless otherwise noted.