Golem's body resembles a large boulder. It has claws on its hands and feet.

An Alolan Golem is much different than its Kantonian counterpart. Two crystalline formations protrude from Golem's back while what appear to be a mustache and beard are actually iron filings. Golem's arms are much shorter as well.

Golem can have the ability Rock Head or the ability Sturdy. Rock Head prevents Golem from recoiling. Sturdy prevents Golem from being KO-ed by 1 Hit KO moves; starting with Gen V, Sturdy allows Golem to hang on with 1 HP after being hit by a single attack. Golem's Alolan variant gains two new abilities, which are Magnet Pull and Galvanize. Magnet Pull, which is shared with the Magnemite line and Nosepass line, prevent Steel-type Pokémon from escaping. Galvanize, which is unique among the Alolan Graveler evolution line, converts Normal-type moves into Electric-type moves.

Golem's hide is so hard, that dynamite can't harm it. When they roll down the mountains they live on, they leave grooves.

The Alolan variant of Golem generates magnetic energy to increase the speed of the electrically charged boulders it launches from the crystals on its back; these boulders can paralyze and numb opponents at the slightest touch. However, if these boulders aren't available for use, Alolan Golem will use nearby Alolan Geodudes as spare ammunition. Unlike its Kantonian counterpart, Alolan Golem is much more stubborn and can discharge electricity when agitated as well as letting out a roar that mimics the sound of Thunder.

Graveler evolves into Golem when traded. It is the final form of Geodude.

Golem is based on a turtle and boulder, with the cracks on its shell referencing the Earth's tectonic plates.

Alolan Golem is more heavily inspired by magnetite, a type of mineral known for its magnetic properties; it might also share some characteristics with a railgun due to the two crystal-like structures protruding from the top of its body. 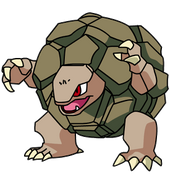 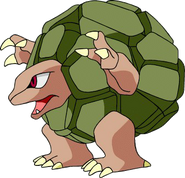 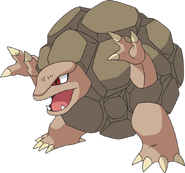 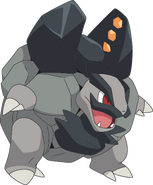 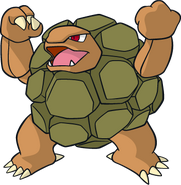 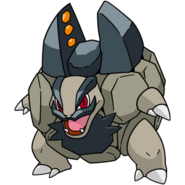 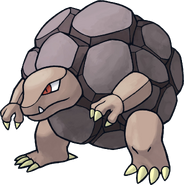 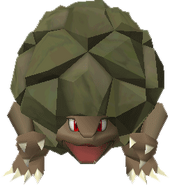 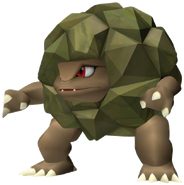 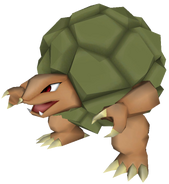 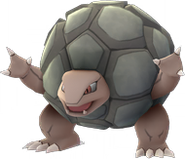 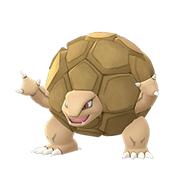 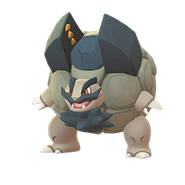 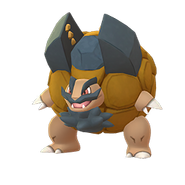 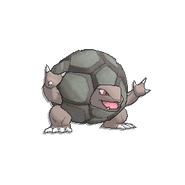 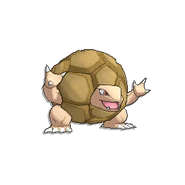