Gladion is an initial member of Team Skull and the second rival of the player character appearing in Sun and Moon and Ultra Sun and Ultra Moon.

Gladion is a young boy with light blonde hair and green eyes. His hair is shaved on the sides with a ripped design carved into it, with long tousled bangs that cover his right eye. He wears a gray hooded shirt with a red slash resembling a scar on it, a black undershirt with ripped sleeves, ripped black pants and red shoes with gray soles and black laces. He also has a red rectangular bag around his waist.

Gladion has a very serious, determined, and smart disposition. He is shown to be very strong willed, as he constantly strives to make his Pokémon strong no matter what. Gladion can be impatient, temperamental, and frequently gets annoyed by Hau's excitable and fun-loving nature. He also seems to be quite self-critical, as seen when he loses a battle. Although he appears to have a tough exterior, it is eventually revealed that he is actually quite caring and always thinks of the well-being of Pokémon, and he cares about his sister Lillie deeply as well. He also cares for his Pokémon Type: Null, whom he rescued from the Aether Foundation and sought to free it from its metal restraint.

His English and Japanese names, Gladion and Gurajio respectively, both come from the "gladiolus" flower. The flower is also sometimes referred to as the "sword lily", possibly connecting his name with his sister Lillie, who is also named after lilies.

Two years before Sun and Moon take place, Gladion escaped Aether Paradise with one of the three Type: Null, wanting to free it from its metal restraint and unlock its true power so he could stop his mother from letting the Ultra Beasts destroy Alola.

At some point, Gladion joined Team Skull in order to get stronger. However, as he never really cared for Team Skull's affairs, he was never considered a real member of the team by the rest of the Grunts.

Gladion initially appears hostile, but after the player character joins to defeat Lusamine, Gladion becomes more open, and is even impressed by the player character's strategies. In the post-game, he decides to give them one of the two remaining Type: Null.

Gladion in Pokémon the Series (anime) 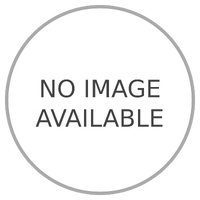 Gladion in Masters' trailer (anime), with Lusamine and Lillie 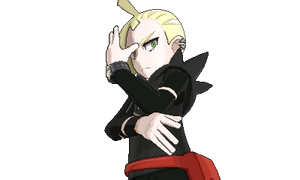 Gladion's VS sprite in Sun & Moon 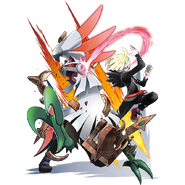 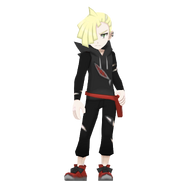