For the similar phenomenon exclusive to Eternatus and the curry with the similar name, see Eternamax and Gigantamix.

It is a variant of Dynamax; while any Pokémon can Dynamax, only certain Pokémon can Gigantamax. In addition to changing the Pokémon's size, it changes its appearance as well. It works similarly to Mega Evolution.

If the player character has progressed far enough in the Isle of Armor storyline, three clusters of Max Mushrooms can be given to an NPC in the Master Dojo to create a Max Soup. Only Pokémon whose species have Gigantamax forms can drink it. This is enforced by the fact that Pokémon that can are not blacked out and those that can't (i.e. anything not in the list below) are blacked out. The only exception to this rule is Melmetal possibly due to its Gigantamax form not being distributed at the time.

Pokémon that can Gigantamax

Introduced in Sword and Shield

26 Pokémon that can Gigantamax were introduced in Sword and Shield.

Thanks to Max Soup, there are 6 of the 7 Pokémon that gain the ability to Gigantamax were revealed in Sword and Shield The Isle of Armor and The Crown Tundra. 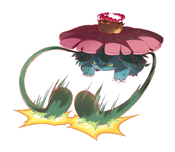 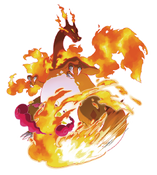 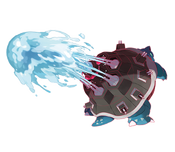 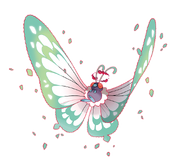 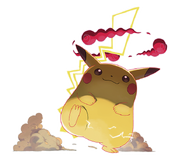 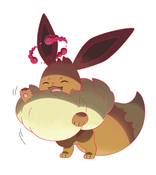