For the variant appearing in the games, see "Gardenia".

The Grass-Type Is Always Greener!

Gardenia in other languages

Gardenia is a character appearing in Pokémon the Series: Diamond and Pearl, who is the Gym Leader of Eterna City in the Sinnoh region.

Gardenia has brown eyes and short half-brown, half-black hair. She wears a black long-sleeved crop top that shows her midriff under a green cloak with a black "X" mark in the center. She wears brown cargo shorts and a black belt with a silver buckle around her waist. Finally, she wears green boots with black laces.

Gardenia is shown as a cheerful and happy girl who loves to make friends but is also serious and competitive when it comes to Gym battles. She has an extreme interest for any other Grass-type Pokémon that she sees. The prime example of her behavior is when she's extremely interested to two of James’ Grass-type Pokémon, Cacnea and Carnivine, and showing affection by hugging them despite both of them are dangerous types. She simply befriended James because of his Grass-type Pokémon despite being a member of Team Rocket and has became annoyed to her when she shows her affection to both of his Pokémon only. Although both are showing their mutual respect, James decides to give his Cacnea to her to train its Drain Punch.

The name Gardenia comes from "garden" or could literally be "gardenia", a type of flower.

When the heroes, along with Cheryl, were following a Mothim, they encountered a Gloom. Gardenia appeared, having an interest in that Pokémon, before turning to the heroes. As GLoom left, Gardenia became sad she couldn't study it some more, but was happy to see Ash's Turtwig. She proposed a small battle with Ash, where she unveiled her own Turtwig and used it against Ash's. Ash's Turtwig and Staravia were defeated, showing her Turtwig to be well-raised. After the battle, she heard about Cheryl's quest to find the Enchanted Honey, and suggested that they could track a Combee, which could lead them to the Combee Wall, where that honey was stored. When Team Rocket failed their stealing attempt of Cheryl's Mothim, James sent both Cacnea and Carnivine to face Ash and the group much to her excitement.

Her obesession with Grass-types made Carnivine bite her and Cacnea to scratch her back with Pin Missile. She even proposed a trade for one of them with her Victreebel, which made James a bit nostalgic after his Victreebel that he had released. However, Team Rocket went to attack the heroes with their robot and capture Mothim, to which Gardenia and Ash had Turtwig and Pikachu defeat and blast them off. After the battle, Gardenia wanted to comment Ash's Pikachu, but held her tongue. She then received a note from a Nuzleaf, and saw she had to return to Eterna City. She left Cheryl and the rest, as they went after a Combee that her Mothim had detected.[1] She faced Nando in battle, using her Turtwig against his Roselia, but she lost that battle.

Gardenia met the heroes at Eterna City's museum, greeting them. She was pleased to hear that they found the Enchanted Honey. However, out of sudden, Officer Jenny arrived, showing Nando and his Sunflora as suspects, who have stolen the Adamant Orb. The heroes and Gardenia recognized Nando, believing he was not a thief, as the latter had a Gym Battle with him. The heroes were surprised to hear Gardenia was the Gym Leader, whereas Officer Jenny asked of her to return to the Gym. They went outside, taking a break, where Gardenia showed the heroes a statue of Dialga and Palkia: two Legendary Pokémon, who had created the Sinnoh region. Upon finding the actual thieves of the Adamant Orb - Team Rocket trio - Gardenia's Turtwig used Leaf Storm to obtain the Adamant Orb. This was after Jessie tossed it, being disgusted by Officer Jenny's Stunky's smell. With the Orb secured, Gardenia offered Ash a Gym Battle, which he gladly accepted.[2]

At Eterna City Gym, Gardenia battled Ash in a Gym battle using her Cherubi against his Turtwig. Cherubi proved to be faster, as it absorbed sunlight to execute a quick Solar Beam. This forced Ash to swap Turtwig with Staravia, a decision Gardenia deemed as a wise one. Staravia flew in mid-air to avoid Cherubi's Magical Leaf and defeat it with a Wing Attack. Turtwig was brought out, and while it did get stuck between trees to get hit by Aerial Ace, it did use Leech Seed to defeat it. As sent his Turtwig on the field, who endured Gardenia's Turtwig's attacks and used Synthesis for recovery. The two Turtwig clashed with one another with Tackle, to which Gardenia's fainted.

Roserade was Gardenia's last Pokémon, who used Weather Ball. The move tured into a Fire type (due to the sunny weather), which defeated Turtwig. Ash sent his last Pokémon, an Aipom, who did execute Focus Punch on Roserade. To counter its Weather Ball, Focus Punch to redirect the attack. Roserade fired a Magical Leaf, which Aipom stopped with a Swift. Followed with a Focus Punch, Aipom defeated Roserade. Upon leaving, Gardenia rewarded Ash with a Forest Badge.[3] Gardenia's Gym Battle, to earn the Forest Badge, was remembered by Ash, Dawn and Brock, as they were going to Snowpoint City.[4]

While on their way to Hearthome City, Ash recalled the events with Gardenia.[5] Gardenia later returned near Hearthome City, where she promoted Pokémon battles. As Team Rocket attempted to capture their Pokémon, Gardenia hugged Cacnea, and expressed her desire to obtain it. Instead of attacking Team Rocket, Gardenia teamed up with James as her partner against Dawn and Ash in a Tag Battle, due to her impression of Cacnea's strength and abilities. Despite sending her Turtwig, Gardenia advised James to simply execute Gardenia's Needle Arm, to prepare it to use Drain Punch. However, Ash and Dawn managed to defeat them, so Gardenia told James that she could train Cacnea to master its Drain Punch. James tried to teach Cacnea Drain Punch, but was wondering about Gardenia's offer.

After James' failed attempt to master Cacnea's Drain Punch and being assisted by Ash and his Pokémon, Gardenia came to see James and show a wounded Cacnea due to its heavy training. With James' permission, he gave his Cacnea to her and he told her to take care of it so that it can master its Drain Punch. Gardenia agreed, despite Cacnea wanting to remain with James. James, however, asked of Cacnea to be with Gardenia to master this move, and ran off. Before moving on, James witnessed as Gardenia vigorously trained Cacnea.[6] Barry eventually faced Gardenia, who used Cacnea in the Gym Battle. Barry noted that Empoleon was quite vigorous, but that battle was quite hard due to Cacnea's Drain Punch.[7]

Gardenia also appeared in the ending scene of the 13th Pokémon movie, along with her Roserade.[8] 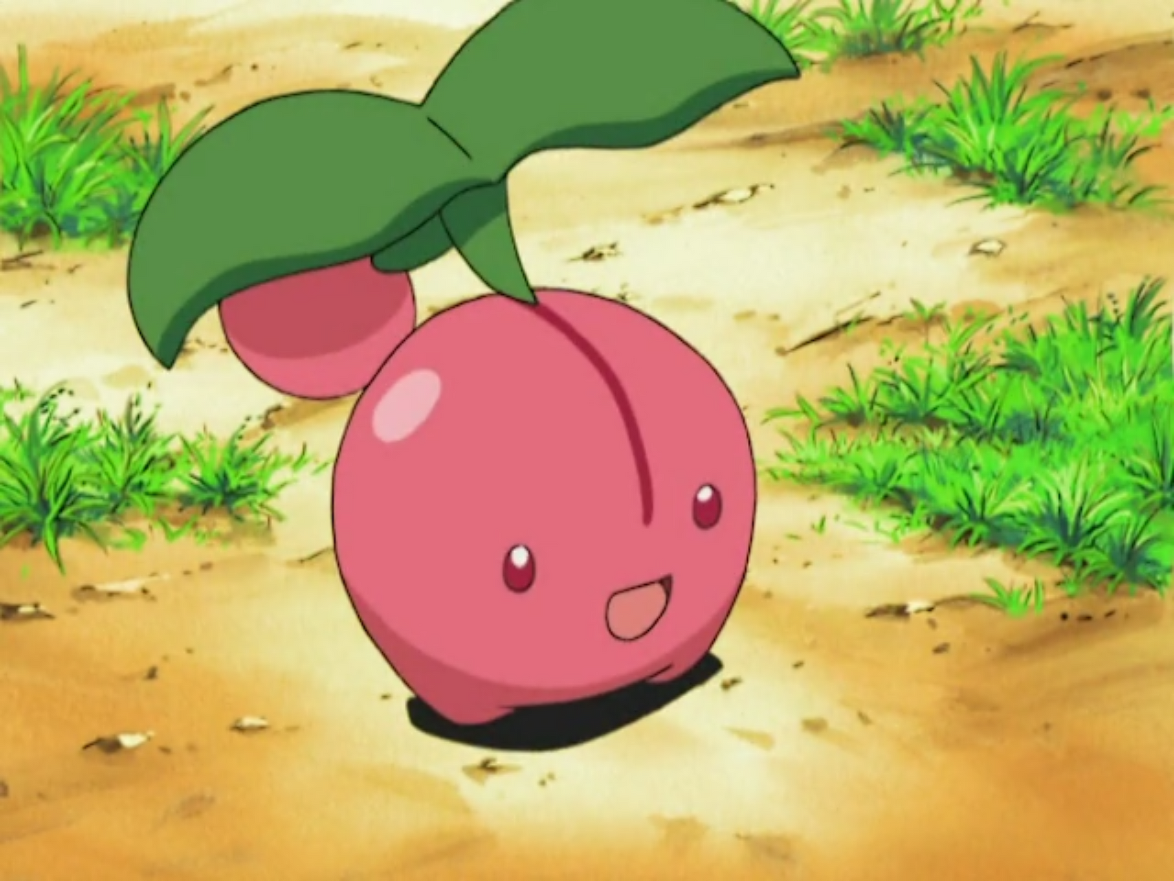 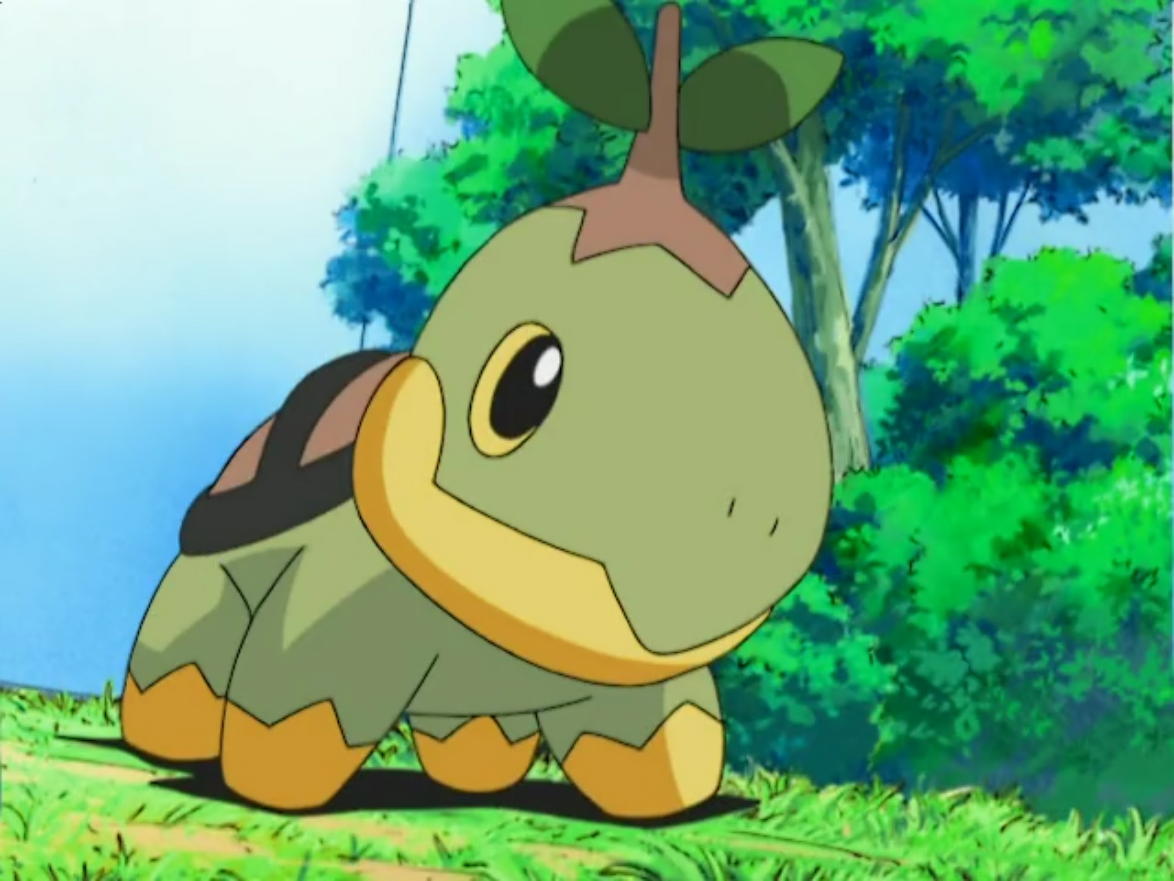 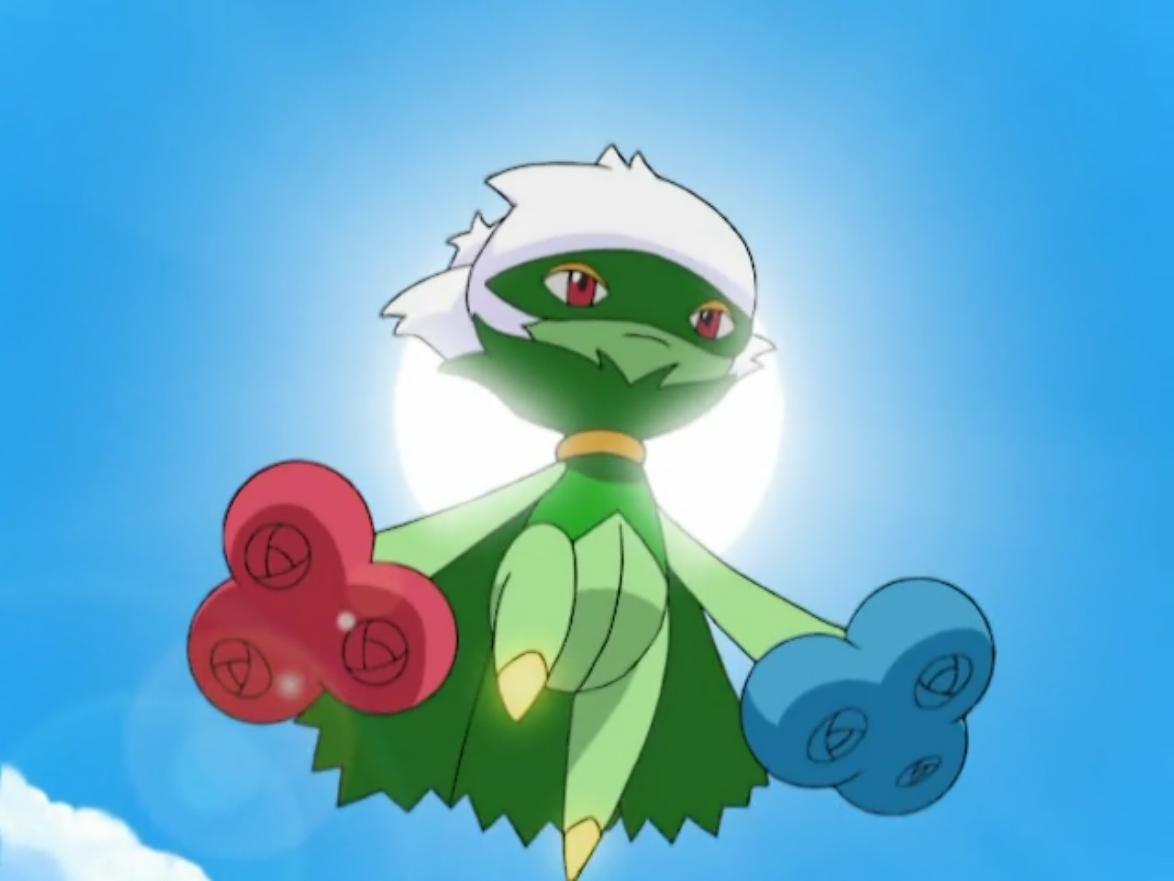 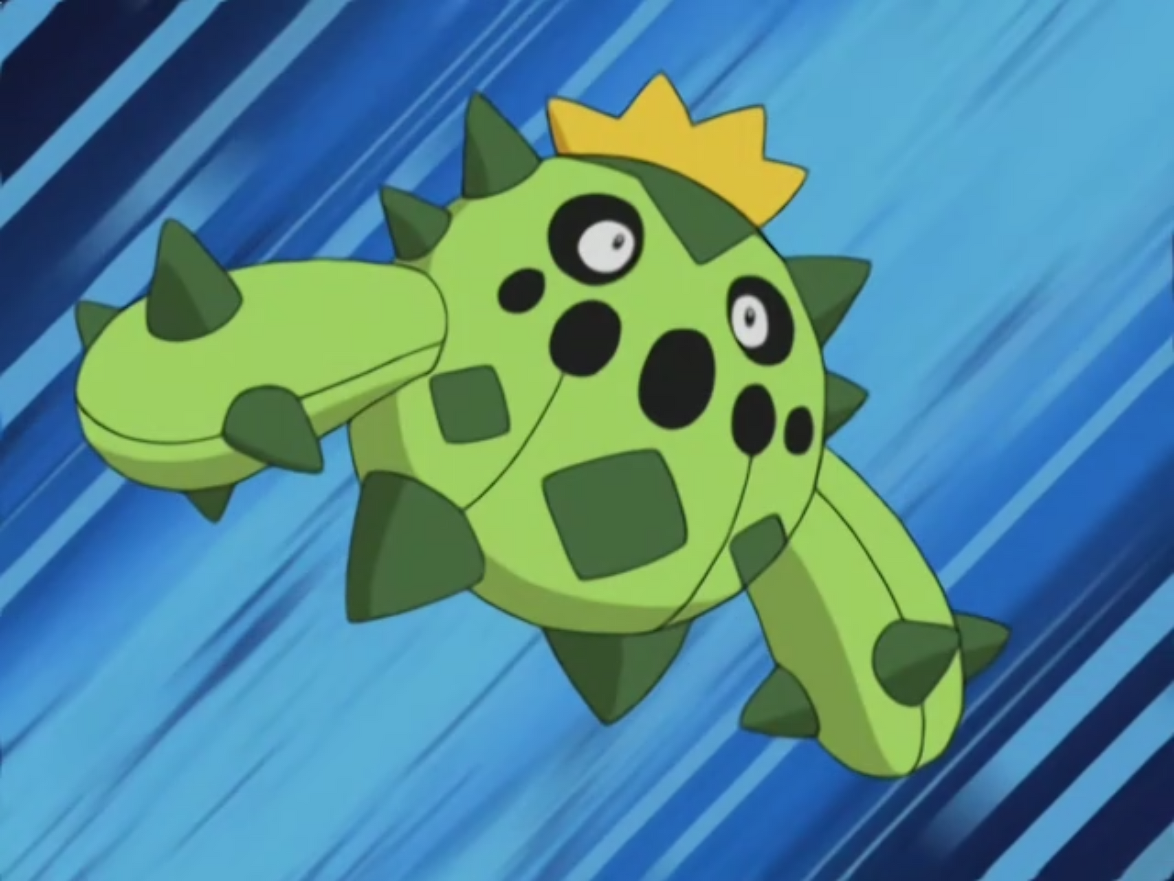