While Ash and co. were still following the path to Olivine City, Ash and co. stop to take a break. While everyone gets ready for breakfast, Brock comes down with a fever and Ash and Misty decide to let him rest for the day. Misty thought it would be a great idea to try everything Brock did for them over their past journeys. Can Ash and Misty handle it and will Brock catch the girls of his dreams?

The heroes prepare themselves for breakfast. Ash notices Brock is making the same breakfast, but Brock does not respond. Ash pats him, causing Brock to fall down. Misty puts her hand on his head and realizes he is sick, as he has a fever. Misty and Ash put him in the bed. They let him sleep the whole day, thinking he has been working a lot lately. Brock wakes up and stands up, since he needs to do chores. He collapses, so Ash puts him in bed to rest. Brock tells them if they need instructions, they could ask him. Ash and Misty respond he does not need to worry, though Togepi goes through Brock's bag and finds an instruction notebook.

Misty and Ash see Brock takes care of them and Pokémon. They realize he has a great role, so decide to do his chores for the day. Onix and Geodude come, so Ash and Misty realize that Geodude and Onix need to be polished. Ash tells Geodude and Onix they will polish them like never before. However, they soon feel it is not easy as it seems. Togepi comes with the notebook, so Misty reads how to do it easily. Ash orders Totodile to use Water Gun on Onix, who evades it. Misty warns Ash Rock Pokémon hate water, so Ash cancels the attack. However, Onix evades the last attack, causing it to push off Ash and Misty by accident. Misty wishes Brock to heal soon. Brock is at a flower field and gazes some Bellossom. He thinks that nothing is nicer, but changes his mind when he sees three girls. He goes to them, but a meteor falls down on him, pushing him into a void.

Brock wakes up and sees Pineco and Golbat watching over him. He thanks them for that. Upon hearing Ash and Misty bickering, he goes to help them. Golbat uses Supersonic, pushing Brock back to bed. He sees Golbat and Pineco want him to stay and rest for the day, so he complies. Ash goes to get some fruit, while Misty goes to wash the clothes. Going through the woods, Ash notices the fruit is gone. The fruit is being taken by Team Rocket, who plan on eating and selling the apples. Ash comes and demands to know what they are doing. Team Rocket respond he should mind his business, as they suck Pikachu into a vacuum cleaner. Bulbasaur and Chikorita go to battle as Team Rocket sends Arbok and Victreebel, the latter doing its usual James' chewing routine. Arbok uses Poison Sting, but gets countered by Totodile's Water Gun. Cyndaquil uses Flamethrower on Team Rocket, which frees Pikachu. Pikachu uses Thunderbolt, causing Team Rocket to be blasted off, as usual. Bulbasaur notices the fruit Team Rocket collected, so Ash knows Brock and Misty will be delighted.

Brock is standing on the clouds, watching some Butterfree. He notices the three girls and goes to them. However, he falls down, once more into the void. In reality, Brock falls off the bed, looking around, only to see Ash and Misty. Ash gives him apples and Brock eats some. He feels a bit hungry, so Misty believes he must be getting better, since he has a taste for appetite. Ash thinks after lunch he will go to sleep. Brock hopes he will catch the girls this time, but tells it is fever talk, causing Ash and Misty to be worried about it. As Ash chops tree logs, Misty goes to cook. She puts in some sugar, but realizes she put salt in. Togepi comes with sugar and Misty puts it in. By accident, she puts too much sugar. She adds some salt, but now knows there is too much sugar and salt. She adds some ketchup, mayonnaise and several other ingredients. She loves cooking, causing Psyduck to blink at her.

At night, Misty presents her Mystery Stew. Ash, seeing its appearance, tells he will skip dinner, since he "ate too many apples". Misty finds him unbelievable and tastes the stew, only to have a disgusting look on her face, replying that it has a unique flavor. At night, Misty and Ash decide to sleep outside, to have Brock his rest. They see they should be more grateful to Brock for the things he does, then go to sleep. James and Meowth spy on the heroes and want to capture Pikachu. Jessie eats Misty's Stew and is delighted by it, but sees kids just lay food to waste. James and Meowth taste it, but find it disgusting. Jessie finds it tasty and lets Wobbuffet eat some, causing him to fall down. Team Rocket plan and see they will keep the twerps asleep once they capture the Pokémon, then sell them to buy an orchard. They use a Ash dummy to attract Bulbasaur, Chikorita, Cyndaquil and Totodile to him, causing them to fall in a trap. Ash and Misty wake up, though Team Rocket runs away.

Brock is on a beach and sees those three girls once more. He goes to them, but gets swept by a wave. Brock wakes up from the nightmare and soon sees Misty and Ash running, so he figures it is Team Rocket making trouble. Team Rocket run away, while Ash and Misty fall in a trap. Team Rocket go up in the balloon and take the rest of the Pokémon. Pikachu goes to electrocute them, but Misty reminds Ash that will shock the Pokémon. However, Team Rocket take Pikachu as well. As they are about to leave, Team Rocket's balloon gets cut by Golbat, as Brock appears. The Pokémon go away from the balloon that crashed. Jessie sends Arbok and James sends Weezing. Golbat and Pineco tackle them away. With Rock Throw, Onix scares Team Rocket while Pikachu uses Thunder to blast them off once again. The heroes are happy that their enemies are gone and Brock is glad he showed up in the nick of time.

Next day, Ash and Misty wake up and smell Brock's cooking. They eat his cooked food and compliment it is tasty. Brock feels he is stronger then ever, but Misty and Ash advise him to sleep this one out. Brock thinks he'll dream about those girls, causing Ash and Misty to look at him with confused expressions. Brock goes to the girls and jumps to them. In the reality, he mutters "Please don't wake up!". 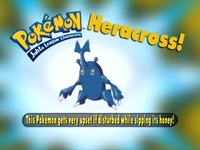 Ash puts Brock into the bed

Onix pushes Misty and Ash away

Brock gets hit by a meteor

Team Rocket get engulfed in flames

Brock falls in a void

Brock falls from the bed

Misty pours too much sugar

Ash is offered some stew

Misty sees the stew has an "unique" flavor

The Ash dummy captures the Pokémon

Brock gets swept by the wave

Team Rocket captured all the Pokémon

Brock dreams about the girls
Community content is available under CC-BY-SA unless otherwise noted.
Advertisement