Frank is a character appearing in Pokémon the Series: XY Kalos Quest.

Frank, in his youth, was a boy, living with his Pikachu. Pikachu was with Frank all his time, during the journey, his wedding and the time Frank's wife died.

In his old days, Frank decided to make a movie about Pikachu. The heroes went to the Pikachu Village and decided to help Frank out in making the movie, along with his granddaughter, Jean. Frank was the main director of the movie and reviewed what others were doing. After documenting the scenes and making final cuts, Frank showed the final product to others and was pleased the movie was a success, since he will share joy with the children around the world, who would watch his movie. 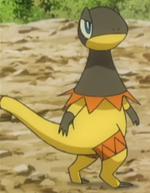 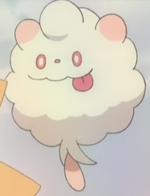