Florges is a predominantly white Pokémon with a green lower body. It has long white ears and long green eyelashes. Florges's head is small and its eyes are half-closed with black irises and a short snout with a mouth and no visible nose. Its head has "hair" that resembles flowers and can be either red, orange, yellow, blue, or white. Its chest has two black markings resembling a bow. Florges's arms are long with three fingers and it has a long waist with legs resembling leaves.

Florges lives in beautiful flower gardens and devotes its life to protecting gardens. In the past, it was asked to create flower gardens for castles.

Florges can release a "petal blizzard" from its head. It can live for hundreds of years and can control the flowers it grows. It also gains power by basking in the energy emitted by flowering plants.

Floette is based on the nymphs from Greek mythology, more specifically Antheia, the goddess of flowers. The flowers it wears also resemble the pouf hairstyle, which was often decorated with objects (primarily flowers) for beauty. Its body shape also resembles the hyacinth plant.

Florges comes from flora and gorgeous. 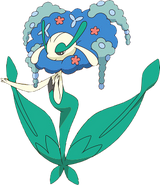 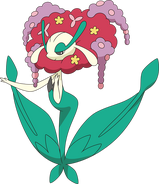 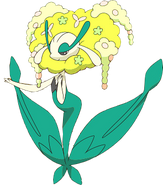 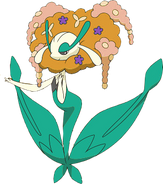 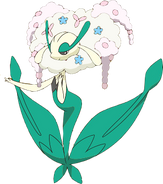 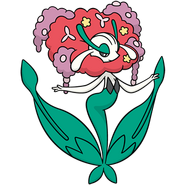 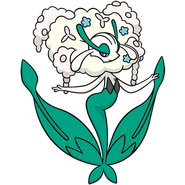 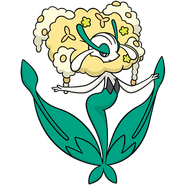 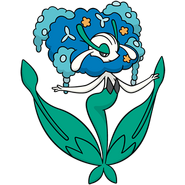 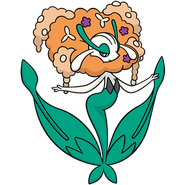 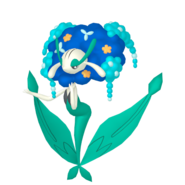 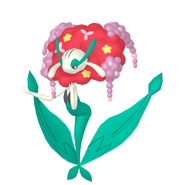 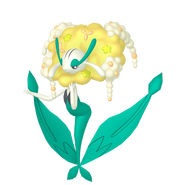 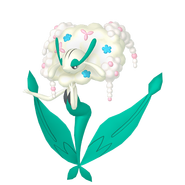 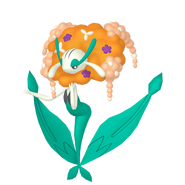 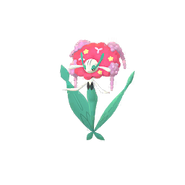 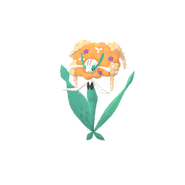 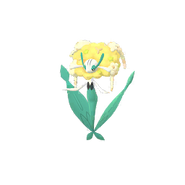 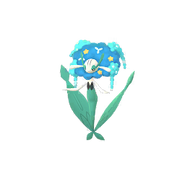 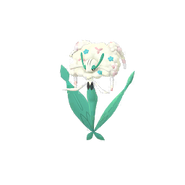