Floette has a white body and a green tail, formed like a spade, and green eyebrows. Floette also holds a flower as if it were an unbrella. Its ears are white with yellow behind them. Floette's flower can be either red, orange, yellow, blue, or white.

This form differs from a normal Floette in several ways. Its tail and eyebrows are blue and the areas around the ears are red. Its flower is different as well, with six petals instead of five, three of which are big and three which are small. The stem is red, there are no leaves below the flower, and the part on the top of the flower is a black cone shape. The flower's underside is black, and the three big petals have a pattern of red and black.

It flutters around and cares for flowers that are about to wilt. If the flowers of a well-tended flowerbed bloom, Floette celebrates with an elegant dance. It never forgives people who attempt damaging flowerbeds.While human urbanization has caused such areas to diminish, the construction of artificial gardens and flowerbeds have given Floette new places to dwell in. In return for the energy Floette pull out of flowers, they spend much of their time tending to nearby plants. They invest most of their energy into ensuring that all of the flowers around them bloom; when they come across a wilting flower, they will do everything in their power to restore its vibrancy. These Pokémon are popular in gardens for this reason, where they can be seen caring for planted flowers. It is said that Floette can draw the most strength from flowers that are the most beautiful.

The flower it holds gives it all of its power.

Floette is the evolved form of Flabébé at level 19 and evolves into Florges with a Shiny Stone.

Floette is based on the nymphs from Greek mythology, more specifically Antheia, the goddess of flowers. The way it holds its flower is similar to a parasol.

Floette comes from flower or floret and -ette, a diminutive suffix originating in French. Kalos (the region Floette originates from) is based on France. It may also incorporate float, given how it floats around. 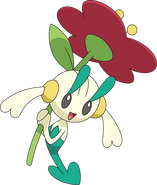 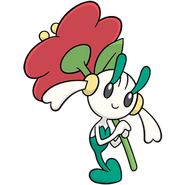 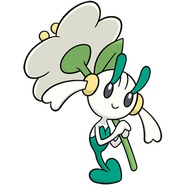 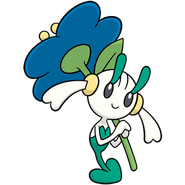 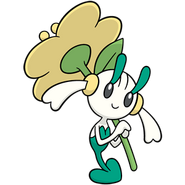 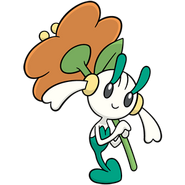 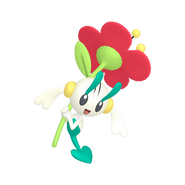 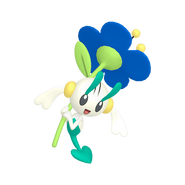 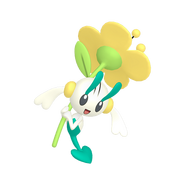 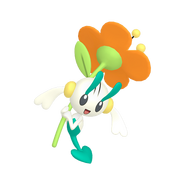 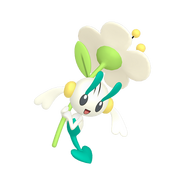 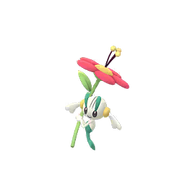 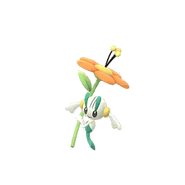 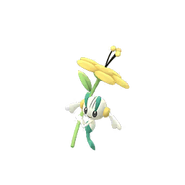 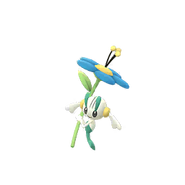 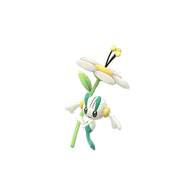