Fletchling is a small bird-like Pokémon. It has a bright orange head and a mostly pale purplish-gray body. The tips of its grayish wings are white, and it has a small black and white striped tail. It has round black eyes, a small black beak, and tiny black feet and talons.

Fletchling is highly docile and fond to people, especially trainers. They emit beautiful chirps to listeners and bird-watchers. In battle, Fletchling is volatile, being hasty, swift and relentless. Fletchling is shown to have great determination, as it hardly shows any signs of "chickening-out" from battles.

Fletchling evolves into Fletchinder at level 17 and then into Talonflame at level 35.

Fletchling first appeared in the first Episode of X and Y series under the owner ship of Grace. Ash Ketchum caught one in A Battle of Aerial Mobility!.

Fletchling is based on a robin, specifically a Japanese robin. It also appears to be based on a dart of an arrow due to its tail feather design and coloration.

Fletchling comes from fletch (a material in archery that serves as the stabilizer for the arrows) and hatchling (a newborn animal hatched from an egg in which the name is most commonly used for birds). 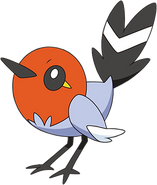 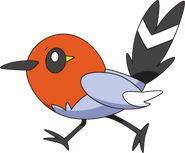 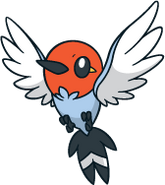 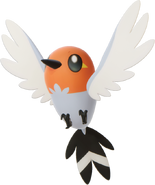 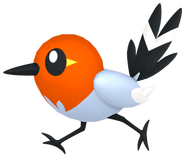 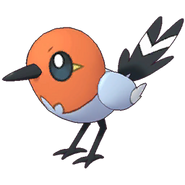 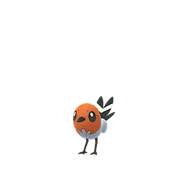 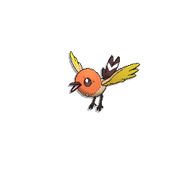