Fletchinder is a sparrow-like bird Pokémon. The feathers covering the top part of its body are a vivid fire-red hue, while its underside is gray. Its wings are black with feathery yellow tips. It has a black white-striped tail, and black legs and talons. Its eyes are black with yellow patterns on either side, and it has a sharply pointed black beak.

Ash's Fletchling evolved into Fletchinder during a Sky Battle in the episode "Battles in the Sky!" It was later shown in battle with Korrina's Lucario where Lucario managed to defeat it.

Fletchinder comes from fletch (a material in archery) and cinder or tinder. 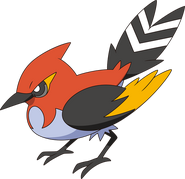 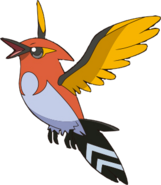 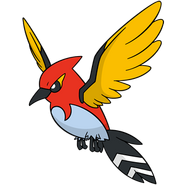 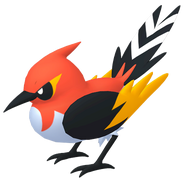 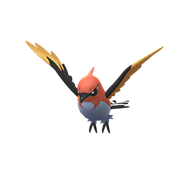 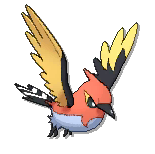 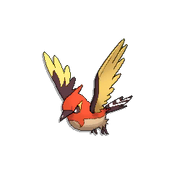