For the variant appearing in the games, see Flannery.

Flannery is a character appearing in Pokémon the Series: Ruby and Sapphire, who is the Gym Leader of Lavaridge Town in the Hoenn region.

Flannery is a slender, medium height girl with long, straight crimson red hair that is tied up in a high, spiky ponytail with a blue band with a side fringe at the front, and crimson red eyes. She wears a short black T-shirt with a red fire emblem on it, plain blue jeans with a red belt, and black and gray colored shoes.

Flannery, who has recently received the title of Lavaridge Town's Gym Leader, is clumsy and nervous some of the time. However, her battling skills are top notch and uses outstanding tactics to baffle her opponents before attacking with full power. While Flannery is a great trainer, she sometimes messes up by not being calm.

The name Flannery comes from "flame" or "flare".

Her Japanese name, Asuna, could originate from "ash" and 翌檜 (asunaro, a genus of trees) as most Gym Leaders follow plant-based names.

Before becoming a Gym Leader, Flannery's grandfather, Mr. Moore, pointed out that Flannery should be calm during the battles in order to be a good trainer. Flannery was sleeping, but soon woke up after Mr. Moore yelled at her.[1] Mr. Moore decided to retire to become a poet, leaving Flannery in charge of the Gym.[2]

During her training with Slugma, Flannery burned herself and started running, but the fire was quickly doused by Brock's Mudkip's Water Gun. Flannery was grateful, and upon hearing Ash was here for a Gym match, introduced herself. Hearing Ash was her challenger, Flannery sent Torkoal to battle and gave it a piece of charcoal, but was reminded by Max that they needed to fight on an official battle field. Upon arriving, Flannery realized she forget to clean up the battle field since the last challenger's match. In an effort to remove the wait needed for his next gym battle, the heroes volunteered for the cleaning duty. Ashamed Flannery is not doing her job well, Mr. Moore disguised himself and showed Flannery where the badges were and also disguised himself as the judge for the battle. While cleaning, the group is helped by Jessie and James of Team Rocket, who were disguised as construction workers. Flannery's grandfather saved the day when Team Rocket attempted to steal Flannery's Torkoal. Everyone chased after Team Rocket, so the judge sent Wingull to pierce Team Rocket's balloon, though Flannery noted how her grandfather also had a Wingull. Once they found Team Rocket, Flannery and Mr. Moore sent Mag, Flannery's Slugma, and Typhlosion, while May and Max managed to take Torkoal back. During the battle, Slugma evolved into Magcargo, pleasing Flannery and Mr. Moore, the latter's identity being revealed. Flannery, however, was pleased her grandfather was worried about her and defeated Team Rocket. At the end of the day, Flannery and Mr. Moore let the heroes take a sand bath.[2]

The following day, Ash challenged Flannery to a Gym match. Mr. Moore declared it to be a battle between Ash and the "new Gym Leader", Flannery. Flannery took offense to that, but Mr. Moore asked of her to address him as judge and reminded her about the rules. For her first Pokémon, Flannery sent Mag against Ash's Corphish. Mag went on the offensive and attacked Corphish, who managed to inflict a lot of damage to Mag. Recalling her grandfather's words, Flannery started going on the defensive, and had Mag use Reflect, followed by Sandstorm. Corphish, however, managed to use Crabhammer to defeat Mag. For her second Pokémon, Flannery sent Meg, her other Slugma, against Ash's Treecko. While Treecko eluded Meg's attacks, it could not do much damage, since Mag's Reflect was still in place. After Treecko's leg got burned, Ash swapped Treecko with Corphish. Corphish tried to attack Meg, but went to sleep, after Meg used Yawn. After Corphish got hit by Flamethrower, Ash swapped Corphish with Pikachu. Pikachu managed to destroy Reflect, though Meg used Smog to cover itself and attack Pikachu. Pikachu used Thunderbolt, electrifying the smoke and dealing damage to Meg, and defeated it with Thunder. For her last Pokémon, Flannery sent Torkoal, who, once attacking Pikachu with Sludge Bomb and Flamethrower, went on the defensive by using Iron Defense. Once Torkoal defeated Pikachu with Overheat and Treecko with Flamethrower, Ash sent Corphish. After getting hit by Torkoal's Flamethrower, Corphish woke up and proceeded to attack, but Torkoal used Iron Defense to protect itself. Corphish managed to use Crabhammer, spinning Torkoal around and making it dizzy, then defeating it with Bubble Beam. Mr. Moore, despite seeing Flannery was not calm during the battle, was glad to see his granddaughter offered a great battle. Flannery turned to Ash and gave him the Heat Badge.[1]

Once the heroes encountered a Steelix, Ash remembered how Flannery's Torkoal used Overheat during the battle, and asked for the wild Torkoal to attack Steelix with Overheat.[3]

While fishing for a Whiscash, Nero, who stole his Badge Case, Ash recalled battling Flannery and her Torkoal.[4] 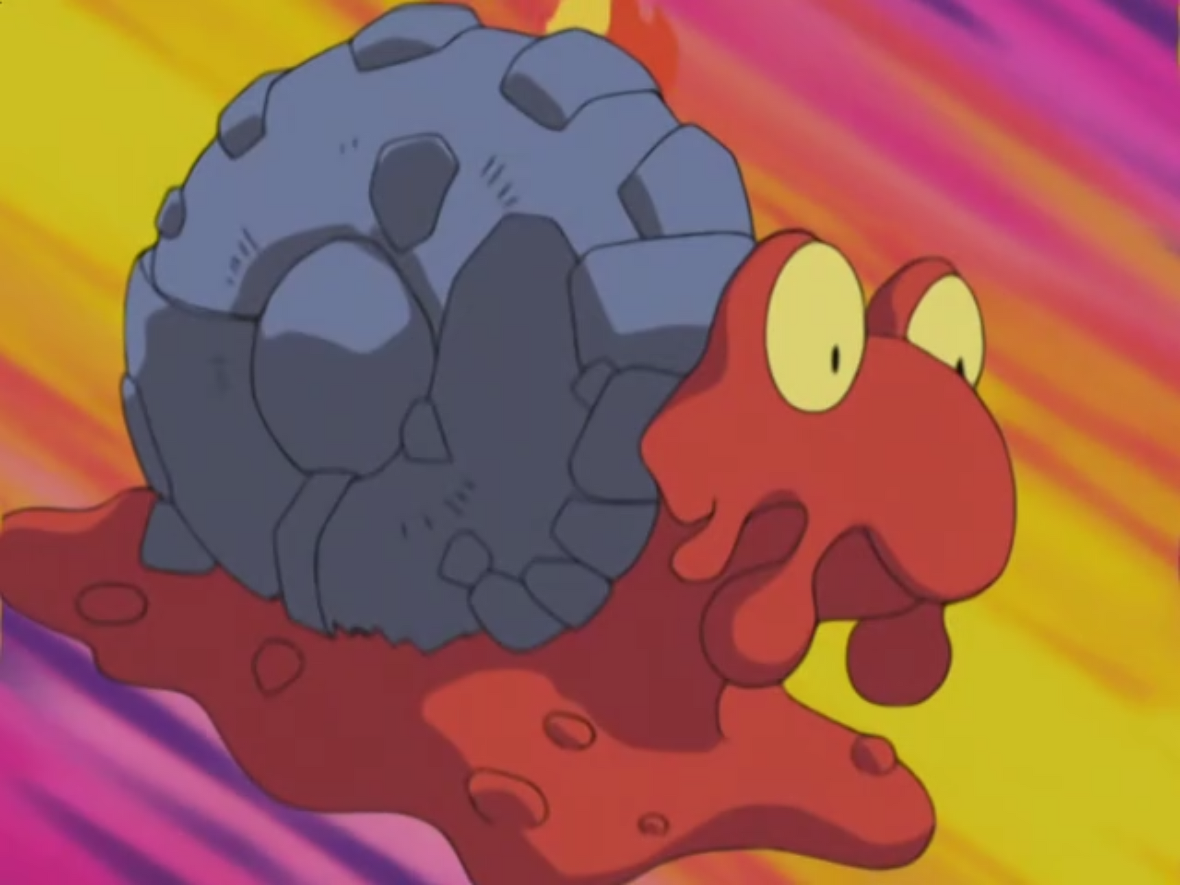 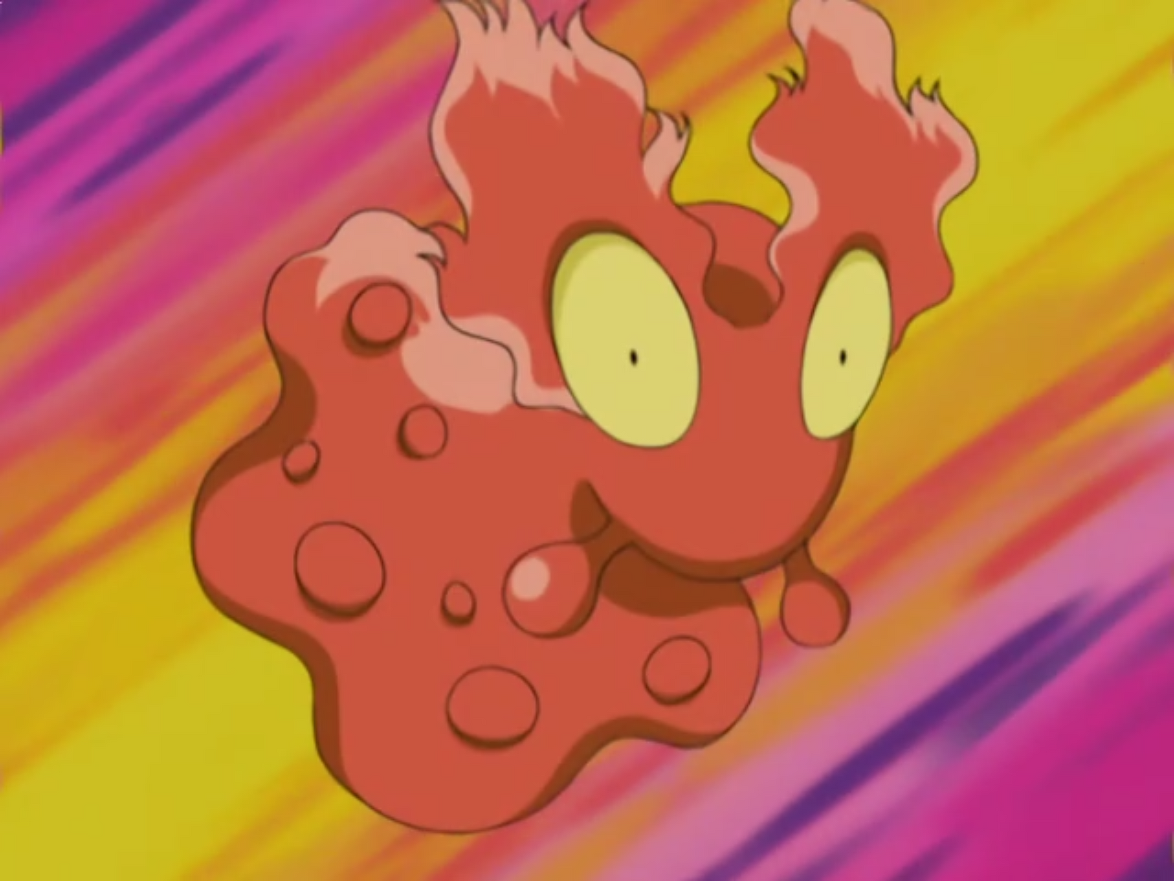 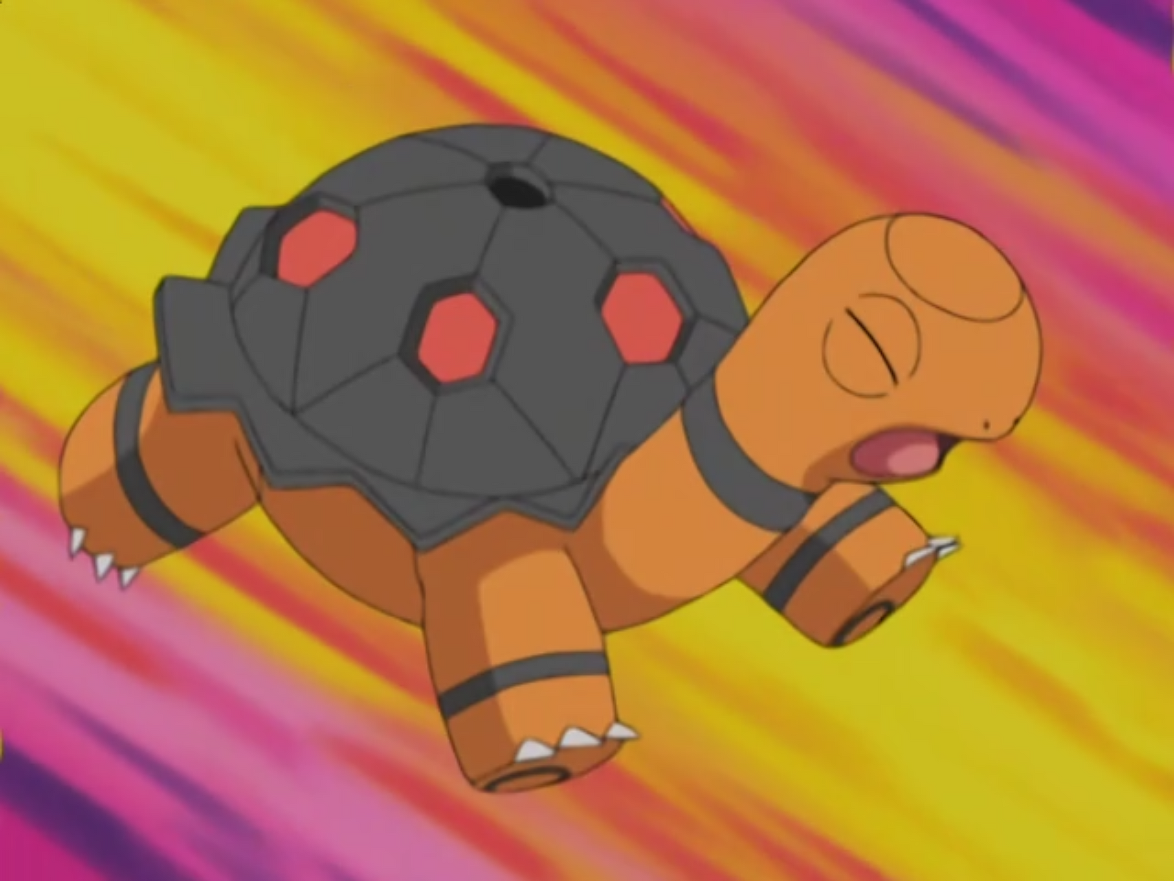