For the variant appearing in the games, see Flannery.

Hanging Around With Slaking III
Flannery is a character appearing in Pokémon Adventures, who is the Gym Leader of Lavaridge Town in the Hoenn region.

Flannery is a slender, medium height girl with long, straight crimson red hair that is tied up in a high, spiky ponytail with a blue band with a side fringe at the front, and crimson red eyes.

She wears a short black T-shirt with a red fire emblem on it, plain blue jeans with a red belt, and black and gray colored shoes.

She wears a red undershirt with flames and a black tied vest crop top over it. She also has on blue flared jeans with x's down the sides with a white karate belt. Her shoes were colored as black and red.

Flannery has a very kind and authoritative personality for her young age. She also fears she is not a good Gym Leader, since she obtained the title not long ago. However, after Sapphire gave her confidence, Flannery became more confident in her tasks. She is often supervised by her mentor, Winona, who trusts Flannery.

Sapphire thought of the Gym Leaders, including Flannery, whom she had to battle against for the bet she had with Ruby.[1][2]

Flannery appeared alongside Winona, as they greeted Norman training his son, Ruby. Winona state that the Pokémon Association sent them to bring Norman back to his Gym, as Flannery revealed that she hasn't been too responsive, either. Norman left Ruby unconscious on the ground, complying with Flannery and Winona.[3] Later, Flannery trained arduously at the Lavaridge Gym with her Magcargo, as Winona commended her abilities. She informed Flannery that a young trainer recently came to the Association's attention, who has been able to defeat Brawly, Roxanne and Wattson. Flannery resolved herself to fight against Sapphire, as both Amber and Shelly of Team Aqua appeared before her. The two admins asked whether she knew Sapphire, to which Flannery evaded an attack from their Pokémon. Later, when Sapphire arrived at Lavaridge Town, Flannery emerged gagged and bound from a cable car alongside Matt. He thanked Flannery for her helpful advice. Sapphire jumped onto the cable car, and realised that Flannery has been severely injured. When Sapphire begins to attack Matt, she was thrown back next to Flannery by the sheer force of his Azumarill's Hydro Pump. As the cable car began to flood with water, Flannery and Sapphire began to drown, prompting Matt to protect himself in an air bubble generated by his Azumarill. Whilst Flannery and Sapphire are unable to move, Matt sends out his Sharpedo to attack them.[4]

As Sharpedo moved in to attack, Sapphire pushed Flannery out of the way. Matt was surprised that Flannery was still able to move around, let alone breathe. He sent his Sharpedo around for a second attack, as Sapphire used her Rono to protect Flannery. However, much to both Flannery and Sapphire's surprise, his Sharpedo's teeth grew back, as Matt proclaimed his victory. He reported back to the other Aqua Admins, as the water level began to decrease, prompting Flannery to gasp for breath. Sapphire revealed that she used his Sharpedo's broken fangs to break a hole in the glass, defeating Matt swiftly with Lairon's Take Down. As the cable car begins to fall to the ground, Sapphire leapt out, carrying the weakened Flannery. She apologized to Sapphire for revealing her name, but commended her skills as a Pokémon Trainer. As Flannery attempted to pursue the other Team Aqua members, Sapphire inquired as to where she was going. Flannery revealed that their plan had something to do with Mt. Chimney, and that it was her duty as a Gym Leader to stop them. Sapphire resolved herself to assist Flannery, as the two fly across the terrain on her Tropius.[5]

They noticed a huge machine situated next to the volcano, as Flannery told Sapphire to destroy it. However, Shelly attacked them with his Pelipper, as Flannery told Sapphire to go past him and attack. Flannery told Sapphire to use her Tropius' Magical Leaf attack, but the attack got reflected. Thus, the machine was fired and cooled down the volcano.[6] They were outmatched by the power of the meteor charging up the machine, as Magma Admin Tabitha intervened. The two of them pooled their powers together, successfully managing to restart the dormant volcano.[7] However, despite their best efforts, Flannery realised that they were only able to temporarily do so, as Tabitha commended her abilities shortly before leaving. When Flannery rejoined Sapphire, she expressed her thanks towards the Trainer. While they were at the hot springs, Sapphire took her clothes off, shocking Flannery, who was told they should take the opportunity to have a bath before the volcano cooled off. In the hot spring, Flannery requests a battle against Sapphire, which she accepted. However, the battle ended in a draw, as Flannery tells Sapphire that she was going to inform the other Gym Leaders of this new evil that has emerged. She gave Sapphire the Heat Badge as a reward, as the two went their separate ways.[8]

Later, Flannery appeared at Fortree City, heading the Gym Leader Conference. When she informed the Gym Leaders of her findings, Flannery sided with Team Magma alongside Wattson and Winona. Roxanne asked Flannery whether Professor Cosmo was sighted alongside the Team Aqua Admins, to which she confirmed this. After Norman left the meeting, Flannery revealed that their current forces were not sufficient to defeat the rising threat, and that they should call upon the assistance of strong Pokémon Trainers.[9]

When Winona arrived at the Tree Tower alongside Sapphire, Flannery and the other Gym Leaders wholeheartedly support the decision to call upon her assistance.[10][11] Seeing how the Gym Leaders gathered in Fortree City to battle the crisis, Ruby ran away, since he felt he was a nuisance to all of them.[12] The Gym Leaders also watched as Kyogre resurfaced and started a tsunami, which flooded the cities. Flannery realized that disaster happened, due to the inactivity of the volcano.[13] The Pokémon Association director sent Flannery and Wattson to deal with the areas affected by flood from Kyogre.[14]

Eventually, Flannery and Wattson started to battle Kyogre. Flannery also contacted Winona, but the link was soon cut off. Still, Wattson claimed they both will do their best.[15] Flannery was glad Wattson launched an attack on Kyogre with his Manectric. However, they both took damage after Kyogre used Calm Mind.[16] Winona also told Sapphire she hates it how the Gym Leaders were putting their lives at stake, while she and Sapphire were unable to do anything.[17] Flannery and Wattson continued to battle Kyogre. However, when Winona came under attack from Aqua Admin Shelly, Flannery was forced to assist her mentor. Flannery battled against Shelly, whom she recognized as one of the people that extinguished the volcano.[18]

When Flannery attempted to attack Shelly with her Vulpix, the latter was easily defeated by Ludicolo's Nature Power attack. When Shelly attempts to finish Flannery off, Winona intervened, protecting her. As Shelly ordered Ludicolo to finish them off, Winona revealed that during Vulpix's last moments, Flannery had it release Grudge, preventing Ludicolo from attacking with Nature Power. Shelly then realises that she would lose if they continue, and deserted her comrades, as Flannery attempted to follow in her wake. However, Winona prevented her from doing so, explaining to Flannery that there was no need for any more sacrifices. Fortunately, they found Wattson being rescued by Sapphire's Lorry. They also noticed a box, containing info about Team Aqua's headquarters, so they went to Route 134.[21] Once they arrived there, they found Professor Cozmo being tied up. After rescuing him, Winona took him, Wattson and Flannery to the airship. Flannery wanted to help more, but Winona ordered her to stay and relax.[22]

After the conflict ended, Flannery and the other Gym Leaders welcome Ruby and Sapphire onto the airship, congratulating them on their achievements. When Flannery returned to Lavaridge Town, she encountered Tabitha walking around the town, much to her surprise.[26]

Flannery decided to help in the meteorite crisis and went with the Gym Leaders to Sootopolis City.[27] There, per Steven's orders, Flannery launched an attack, which merged with others' attacks and shattered the meteorite.[28] 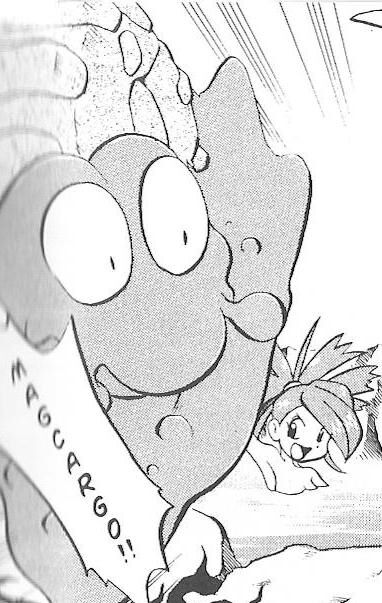 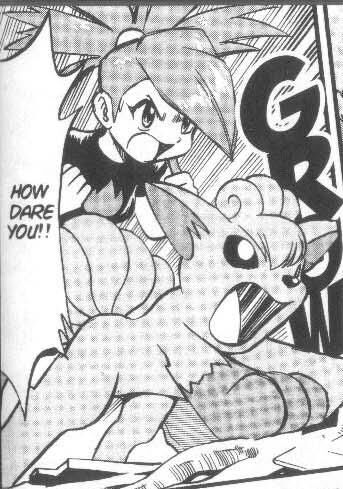 Flannery's appearance in Ruby & Sapphire arc.
Add a photo to this gallery

Retrieved from "https://pokemon.fandom.com/wiki/Flannery_(Adventures)?oldid=1240767"
Community content is available under CC-BY-SA unless otherwise noted.