Flabébé is a tiny white fairy-like creature that lives upon a flower. Contrary to its appearance, Flabébé is not actually the flower, but a tiny being on top of the flower. Flabébé has a green lower body with a single stem-like leg and white upper body with two thin arms. It has a white head, long heart-shaped ears, a pointed nose, red cheeks, black eyes and a yellow circle of hair. Flabébé's flower can be either red, orange, yellow, blue, or white.

Flabébé has to find a flower and attaches itself to it for the rest of its life. The flower is then considered to be part of its body. However, in the event if its flower is damaged, it can search for another one. However, it tends to be very picky. It floats around freely, but as seen in PJ066, when their flower is damaged, a Flabébé can't fly properly. While looking for a replacement, it tends to ride on the heads of people or its trainer.

The pollen on Flabébé's head has healing properties.

Flabébé can evolve into Floette at level 19 and then evolves into Florges with the use of a Shiny Stone.

Flabébé is based on the nymphs from Greek mythology, more specifically Antheia, the goddess of flowers. This is further evidenced by the pollen flower crown on its head, as Antheia is also the god of flowery wreaths and is often depicted as wearing a flower crown.

Flabébé comes from flower and bébé (French for "baby"). 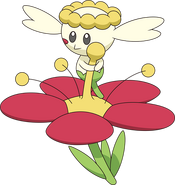 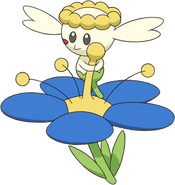 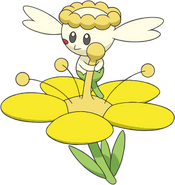 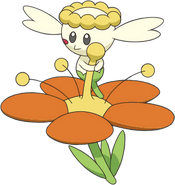 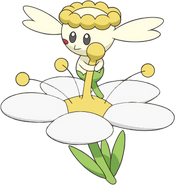 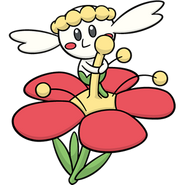 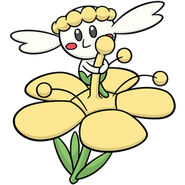 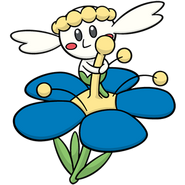 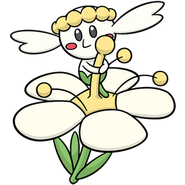 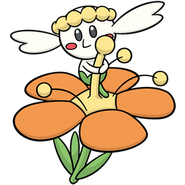 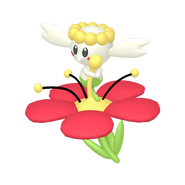 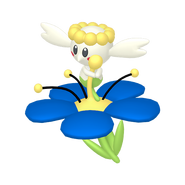 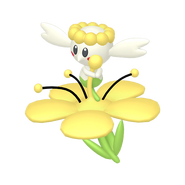 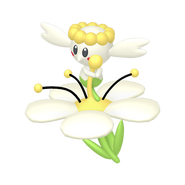 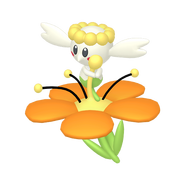 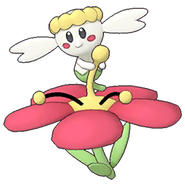 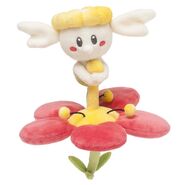 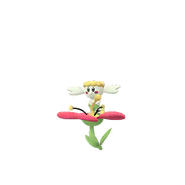 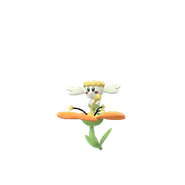 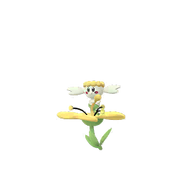 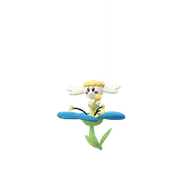 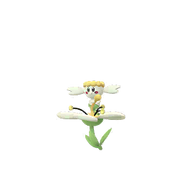