Silver recalls his escape from a prison in Hoenn, with Green from Pryce, Green receives new clothes from Silver to meet her parents. Red and Blue, however, arrive to Pallet Town to meet with Prof. Oak but, they are attacked by an unknown being, while the professor left them a message to leave their Pokédexes.

The volume contains ten chapters, of which two are part of FireRed & LeafGreen arc, from "The Escape" to "Return to Pallet Town". Red goes to Pallet Town.

Note: This volume only contained the FR/LG chapters in the Chuang Yi translation. In the Viz media translation, they were collected in with the first volume of the FR/LG arc.

After the mysterious happenings at Prof. Oak's house, Red and Blue take a boat to Sevii Islands. They soon find Green, who was to meet her parents at the islands and being attacked by an unknown enemy. They also meet Bill, who goes to see his friend, Celio, who has trouble with the storage system Green is taken to the hospital, while Red and Blue follow an old woman named Ultima and undergo her special training. After battling each other, Red and Blue win the challenge and have their Pokémon - Venusaur and Charizard - learn new moves. Unfortunately, they learn Giovanni is back. Going to another island, they meet up with Bill and their former enemy, Lorelei. A moment later, they face three elite members of Team Rocket: Sird, Carr and Orm, who nearly defeat them. Red, Blue and Lorelei go after them, though Red, after defeating Carr, encounters the same being that attacked Green, and gets ultimatively defeated by it.

The volume contains ten chapters, from "Now You See Me..." to "Don't Doubt Deoxys". Red goes from Pallet Town to Five Island. 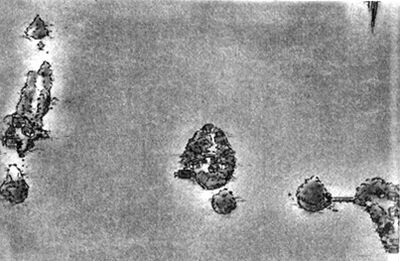 Red suffers defeat from Deoxys, who vanishes, right after Sird uses the power of the "Ruby and Sapphire" stones to convert Deoxys into a new form. Deoxys leaves to Birth Island, where Giovanni fights Deoxys and captures it, wanting to use it to find his son. Meanwhile, Red is told by Green Professor Oak took their Pokédexes to convert them into national format. Seeing everyone working hard, Red finds a purpose in the fight and encounters Mewtwo, who wishes to help them in this fight. The group, along with Ultima, departs to Seven Island, where Lorelei fought against Sird and climb to the Trainer Tower. Despite being captured, the group is saved by Mewtwo and go inside, where they encounter Professor Oak and Green's parents. However, they also find Giovanni, who traps them in the tower with Deoxys' clones and limits Mewtwo's power by trapping it inside a special armor. In Viridian City, Yellow tries to find Blue, who has not returned to the Gym. She encounters Silver, who came to find his parents. While Giovanni goes with the Three Beasts to Viridian City, Mewtwo has a plan for Red and Blue to get out of the armor and pursue Giovanni.

The volume contains eight chapters, from "Some Things Are Better Left Unown" to "Secrets from Sneasel". Red goes from Five Island to Seven Island.

Blue's plan goes underway, as Blastoise, Venusaur and Charizard use their most powerful attacks at Mewtwo, shattering his armor and setting it free. Green, however, defends Professor Oak, who uploaded the data into new Pokédexes, before they were destroyed by Deoxys' clones. Red sets off with Blue's Charizard and Mewtwo, onto the airship, where Team Rocket flies off to Viridian City. Yellow and Silver sense ominous signs, as Sird and Orm appear and have a Tag Battle with Yellow and Silver. Silver soon learns his father is Giovanni and gets hit by Sird's Banette, then carried onto the airship. There Giovanni fights Red, using his Deoxys to battle Mewtwo. Deoxys, changing its forms, nearly defeats Mewtwo, who trusts Red's orders, then launches an attack at Deoxys' core. Deoxys is badly wounded and cannot change forms, due to Bill and Celio managing to retrieve Ruby & Sapphire stones on Five Island that allowed Deoxys to change forms. Elsewhere, Oak, Blue, Lorelei, Ultima, Green and her parents learn from Mr. Briney Mew is returning to Kanto. Sird comes to explain Deoxys' history, while Silver, thinking of his dark history, looks at Giovanni. Just then, Carr appears, who attempts to hijack the airship, even causing Orm to fall off the airship. To save the airship, Red has his new friend, Deoxys, transport Mewtwo and Yellow, while Red goes to defeat the ten Forretress on the airship Carr planted.

The volume contains eleven chapters, from "Give It Your Best, Blastoise" to "Start the Countdown, Starmie". Red goes from Seven Island to Viridian City. 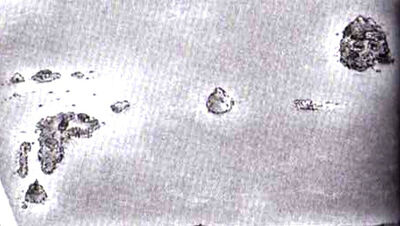 Before Yellow is pulled into safety, she gives Chuchu to Red. Red sees Deoxys, named Organism Number 2, who was accidentally poured by Red's blood (collected by Giovanni), wanted to get closer to Red, but the only was to communicate was through battle. To save the airship, Red has Organism Number 2 sense Forretress' presence, allowing Red's Pokémon to locate and attack them. Meanwhile, Giovanni wakes up and rescues Silver from the flames of the airship, proud his son has grown well. Silver wakes up and is found by Green and Blue, who see the airship is going to crash. Red, however, goes with Deoxys, as they find the last Forretress. Due to Skill Swap on Red's Poli, Forretress' Explosion is negated, but the airship crashes into a building, despite Silver, Green and Blue's attempts to stop it. Fortunately, Mew arrived in time, using its power to save the airship. Red comes out, thanking his friends for the rescue and presenting a Pokédex (which wasn't crushed by Deoxys' clones) to the unconscious Yellow. However, Sird appears and fires a beam, causing the Pokédex Holders to turn into stone.

Retrieved from "https://pokemon.fandom.com/wiki/FireRed_%26_LeafGreen_arc?oldid=1286767"
Community content is available under CC-BY-SA unless otherwise noted.