Fennekin (フォッコ, Fokko) is a Fire-type Pokémon introduced in Generation VI. It is the Fire-type Starter of Kalos.

Fennekin is a small, fox-like Pokémon. It has yellow, orange and white fur. The fur on its long, pointy muzzle is white, while its body is mainly covered in bright yellow fur. It has fluffy tufts of vibrant, flame-orange fur protruding from its ears. Its eyes are round and bright orange with slit pupils. Its nose is round and black. It has a short, bushy yellow tail with an orange tip, similarly shaped to the tail of Zorua.

Searing heat that can reach 392 degrees Fahrenheit (200 degrees Celsius) or more blows from Fennekin's ears when it is threatened. It loves to snack on twigs, which help give it the energy it needs to generate more body heat. It can be temperamental, but it tries to do its best to for its Trainer, both to please its Trainer and keep its anger and emotions in check.

Fennekin can evolve into a Braixen at Level 16, and later on into Delphox at Level 36.

Serena received a Fennekin from Professor Sycamore as her starter Pokémon. She later evolved into a Braixen in Battling with Elegance and a Big Smile.

Fennekin appears to be based on a fennec fox and a kitsune, foxes in Japanese mythology associated with fire. 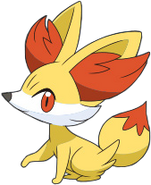 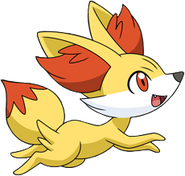 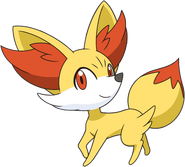 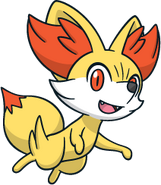 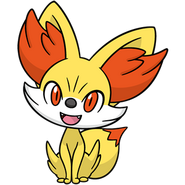 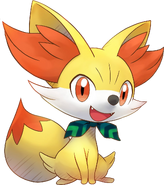 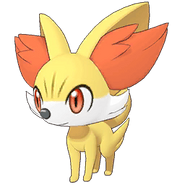 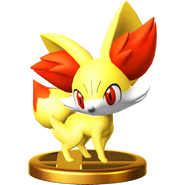 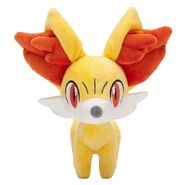 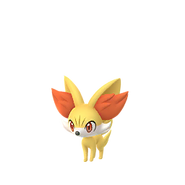