For the variant appearing in the games, see Fantina.

Fantina in other languages

Fantina is a character appearing in Pokémon Adventures, who is the Gym Leader of Hearthome City in the Sinnoh region.

Fantina is a tall woman, who has purple eyes and hair, which is tied in four pigtails. She wears a long purple dress, which is accented by white dots, and has a yellow X mark on her hip, which resembles a Drifblim's mouth. She also wears white gloves, a white muffler and purple gloves.

Fantina is a polite and hospitable woman. She sometimes speaks French words to express her emotions. In addition, Fantina values knowledge and research, and is why she studies her opponents before her battles. Fantina is also a fan of Pokémon Coordinators and Super Contests.

Fantina studied the world of Pokémon, and participated in Super Contests years before she became the Gym Leader.[1]

After the Super Contest was over, Fantina made an elegant pose, praising her Pokémon for their looks. However, she did not approve of the women that belittled Platinum, and had her Driftblim kick them out.[2] Later, Fantina introduced herself to Diamond, Pearl and Platinum, and congratulated the latter for her victory in the Super Contest. Fantina thought she'd do well to participate in another Super Contest, but was told the children had to go elsewhere. Before they did, Fantina sensed someone was watching them. She ran off, and saw two men following them. Thus, she sent Driftblim, who carried the group towards the top of the Lost Tower. Fantina explained that they should be safe here, for trainers had to fight the wild Pokémon before reaching the top.[3]

Pearl explained he saw a battle downstairs, and felt tremors. Fantina ignored that, since that was a common thing at the tower. While Platinum went to explore the tower, Diamond and Pearl performed their funny acts to Fantina. Platinum eventually returned, thrilled to see a battle, which Fantina approved of. She asked does Platinum enjoy battles, to which she confirmed, after having two Gym battles. Sensing there was danger around, Fantina lent her Driftblim to the group, to transport them away. Fantina greeted them off, and believed that Platinum would return to have a Gym Battle with her.[4] When Diamond and Pearl encountered the bodyguards, Pearl remembered Fantina, and believed these two men were sent by the nasty women to punish them.[5]

Fantina floated on her Drifblim near Celestic Town, where she was blown away by a strong wind. When she returned, she sent Duskull to save Diamond and Pearl, who fell from a rock pillar. Fantina greeted the group, and explained she was patrolling the area. After the boys gave her a funny performance, to which Fantina laughed, she took the group away to safety.[6] Fantina took the group to Hearthome City. Pearl was displeased, since she took them in the other direction, as they were headed to Mt. Coronet. Platinum was not disappointed, since she wanted to challenge the city's Gym Leader. Fantina saw missy would challenge her, and admitted she became the Gym Leader, using her knowledge of Super Contests, and years of studying. The next day, Fantina anticipated her challengers, and explained she was at the fourth floor, waiting for them.[1]

After Platinum answered the final question, the group took the lift to the final floor, where they encountered Fantina. The group felt a strange headache, but Platinum nevertheless confronted Fantina. Fantina sent Duskull, who was quickly defeated by Platinum's Munchlax she borrowed from Diamond. Fantina then sent Drifblim, whose Ominous Wind backfired, due to Empoleon's Blizzard. In the final turn, Fantina sent Mismagius, who started chanting, causing everyone to get affected by the illusions. Empoleon went to attack it, but was quickly defeated: Fantina explained the fastest Pokémon was the last one to attack. Platinum sent Ponyta, who also was quickly defeated. As her last resort, Platinum sent Lax to battle.[7]

Fantina admitted she studied her opponents before the Gym Battle, and was why her illusion strategy was working. Her Mismagius fired Energy Ball, which wounded Lax. As Fantina wanted to defeat Lax, Pearl came and gave missy the idea to relax herself and play with Lax. Missy and Lax ignored the battle, which frustrated Fantina, and had Mismagius finish Lax off. However, Lax threw away an Iron Ball with Fling, and defeated Mismagius. Fantina was surprised she lost, as her illusion strategy worked well to defeat her opponents. Even if Pearl helped missy out, Fantina passed her the Relic Badge as proof of victory. She asked of them to study and play hard, given missy's victory. After the group found Diamond, Fantina suggested that they could go to Canalave City for the Pokémon Research Conference. She turned the TV on to watch the news about it, and much to their surprise, the news reported that a Pokémon researcher has gone missing.[8]

Fantina and the rest watched the news, which stated that Professor Rowan and his assistant, Mr. Berlitz, had been kidnapped. Platinum was in shock, and confirmed Mr. Berlitz was her father. Fantina was in distress, and lent her Driblim to Platinum, so she could go with Diamond and Pearl to Canalave City. Platinum thanked her, and took off with her bodyguards, and Fantina promised to pray that her father was well.[9] Fantina, Roark and Gardenia went to Mt. Coronet, to stop Team Galactic's plans.[10] Dialga and Palkia roared, which caused tremors that surprised the Gym Leaders. Mars announced that the ritual was complete, and there was nothing for the Gym Leaders left to do. Fantina, Gardenia and Roark were frustrated, so Saturn's Octillery went to attack. However, Crasher Wake stopped the attack, and joined the three Gym Leaders, along with Maylene and Candice. The six Sinnoh Gym Leaders introduced themselves, which frustrated Team Galactic's commanders, who realized that the Gym Leaders traveled through the tunnels to reach Mt. Coronet. Still, the trio decided to take them on, so Fantina joined Roark to fight Saturn.[11]

Fantina and the rest of the Gym Leaders defeated the Team Galactic commanders. They went to the stairs to reach Cyrus, but space and time was being warped, and prevented them from reaching him. Thus, Byron had the Gym Leaders go underground, where Professor Rowan gave them instructions on how to reach Cyrus. Thus, the Gym Leaders went through the tunnels and emerged from the ground where Cyrus was. Fantina had her Mismagius damage the Red Chain, in hopes of destroying it. Cyrus sent his Pokémon to stop them, but the Pokémon endured, until the chain snapped. Cyrus held the destroyed Red Chain, and since he could no longer control Dialga and Palkia, he shouted at the Gym Leaders that he won't forgive them.[12]

The Gym Leaders were defeated by Dialga and Palkia, who went on a rampage. They went unconscious, and were soon found by Cynthia and Platinum.[13] Per Cyrus' plan, the Gym Leaders were deemed as incomplete, and were pulled to the hole, created by Dialga and Palkia. As Fantina was pulled up, Diamond sent Drifblim to assist him. However, Fantina and the rest were still pulled up to the hole. However, a Regigigas appeared from Platinum's bag, and lowered the Gym Leaders down to the ground.[14]

With Cyrus defeated, the distortions of space and time stopped. With the conflict ended, Drifblim carried Fantina, and went with Diamond, Pearl and Platinum to the hospital.[15]

Looker and Platinum remembered Fantina, due to her powerful status, for she was connected to the rest of the Gym Leaders, as well as the Elite Four and Frontier Brains of Sinnoh region.[16]

After the conflict between Dialga and Palkia had ended, Fantina was taken to the hospital, where she was recuperating.[17]

Fantinaand the rest of the Gym Leaders had recovered, and went to Byron, who awaited them with open arms.[18] 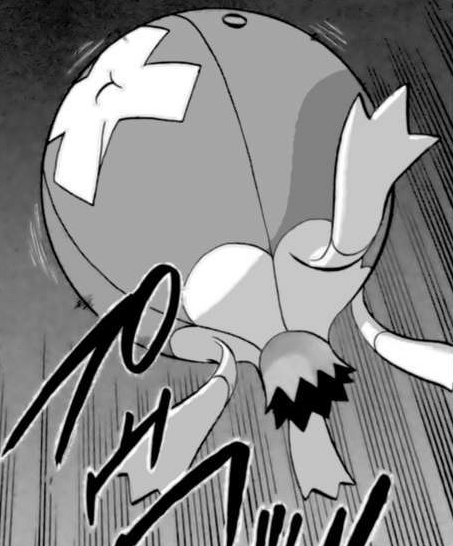 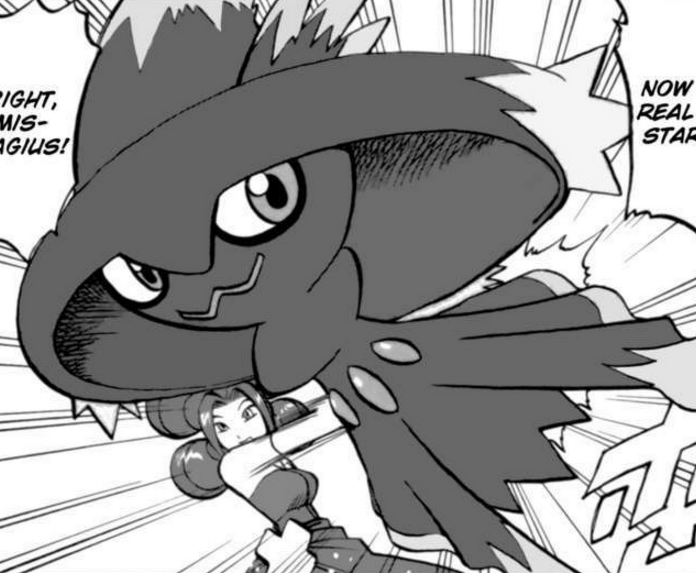 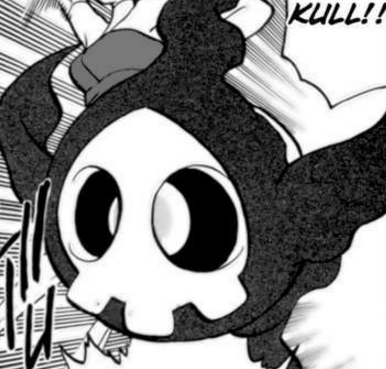