For the variant appearing in the games, see Falkner.

Falkner is a character appearing in Pokémon Adventures, who is the Gym Leader of Violet City in the Johto region.

Falkner has blue eyes and blue hair, which covers his right eye. He wears wears a white sash, some indigo shorts and a pair of black wristbands with red outlines.

Falkner wears a light blue jacket with a white outline. The jacket has the symbol of Falkner's Zephyr Badge on the back.

He wears a white-outlined blue jacket, which is decorated with four white buttons. Falkner has white socks and black shoes.

Being a police officer, Falkner went to investigate the theft of a Pokémon from Professor Elm's lab. He approached Gold, who witnessed what happened. Falkner warned him he would have to arrest Gold if he didn't explain what exactly had happened. Gold lied about Silver's appearance, while Falkner made an image how Silver looked like. Gold went out of the police station, refusing Falkner's proposal to stay for the night.[1]

Falkner visited Gold and reminded he was the police officer that visited him in New Bark Town. Falkner admitted he wanted to become a Gym Leader, like his father was. Suddenly, a Skarmory started attacking, so Falkner tackled Gold to save him from being attacked. Falkner's Pidgeotto and Noctowl were sent to battle Skarmory, though Falkner knew Skarmory, the metal bird Pokémon, would be hard to battle against. He thought Gold's Cyndaquil could fire flames to burn down Skarmory, but it had to be very close. Thus, Gold caught a Sunkern, who jumped away, close enough for Exbo to fire Ember. Immediately after, Falkner caught Skarmory with a Poké Ball. Falkner was grateful and offered training with Gold, who refused, since he had a mission to take care of first. While Gold left, Bill visited Falkner to give him a letter - the date of the Gym Leader's evaluation test.[2]

Eventually, Falkner undertook the Gym Leaders' evaluation test and succeeded. He was soon appointed to be a Gym Leader to Azalea Town.[3]

Professor Elm explained to Gold he researched the metal particles Gold's Aibo had when it scratched Masked Man's mask. Elm found out the mask was made of the material the Gym Badges are made of, including Falkner's Zephyr Badge.[4]

Walker and Chuck remembered their disciples, Blue and Falkner, thinking Suicune would challenge those two new Gym Leaders as well.[5]

Falkner was training with his Skarmory when he was approached by a Bird Keeper, who showed a chest of Poké Balls. Before they could continue, Falkner and the Bird Keeper found Raikou and Entei. The Bird Keeper was glad to have found them both and even planned to catch them, despite Falkner forbidding him to do so. Since Entei attacked the Bird Keeper, Falkner saved the latter and saw Entei and Raikou were looking for new trainers they could look up to, just like Suicune was doing. Since it also started to rain, Raikou used Thunder and Entei Fire Blast on Falkner, Skarmory and the Bird Keeper. Just as they were to repeat their attacks, Falkner planned to evade the attacks and create a collision, which would hurt Entei and Raikou, allowing Falkner to catch them both.[6] Just as Falkner threw his Poké Balls, Suicune appeared and used Bubblebeam to encase the Poké Balls. Falkner refused to step down and continued the battle. Skarmory used Steel Wing, but the wings cracked when they attacked Suicune. Falkner released all of his modified Poké Balls, which acted as boomerangs, created from Skarmory's steel spikes, to catch Suicune. However, Entei and Raikou intervened and stopped Falkner from catching Suicune. Falkner, Skarmory and the Bird Keeper fell down, but were saved by Suicune. After the Legendary Trio fled, Falkner arrested the Bird Keeper for illegally catching Pokémon, since he is a police officer. As he was taking the Bird Keeper to jail, Falkner wondered what was the connection between Entei, Raikou and Suicune.[7] The tale was told by the Pokémon Association director, who believed Suicune would come to Mahogany Town and challenge its Gym Leader, Pryce.[8]

Falkner came to the Indigo Plateau, where he and Skarmory participated in the Gym Leaders' tournament.[9] Falkner took his seat and watched Brock battle Jasmine.[10]

Falkner faced Janine in the Gym Leaders' tournament. He sent Noctowl against her Grimer. Grimer used Minimize, followed by Sludge Bomb, which hit Noctowl. Although Noctowl used Foresight, Janine swapped her Grimer with an Ariados. While Noctowl used Peck, Ariados bound Noctowl with Spider Web and String Shot, then attacked it. Falkner tried to counter by swapping Noctowl with Skarmory, who became bound by Spider Web. Falkner was frustrated, since he merely wished to live up to his father's expectations. Janine was moved by the words and even saw a figure that resembled her father, Koga. Janine decided to surrender the fight to Falkner to find her father. Falkner followed her and was told Janine also had a father that also wanted her to become a Gym Leader. Falkner, however, promised, as a police officer, to find a threatening force behind the tournament.[11] Since Blaine was absent, Clair's battle was postponed and Falkner watched Pryce battling Erika.[12]

Due to Team Rocket having infiltrated into the Indigo Plateau, Falkner battled the grunts. He and the Gym Leaders went into the train, which locked them all out and rode away.[13] Falkner fought against Team Rocket forces inside the train. He was surprised the train was returning, for Lt. Surge had a Pokémon, who had enough power to change the direction of the train.[14] Eventually, he, Morty, Whitney and Bugsy returned to the ruins of the Indigo League, where they found the Pokémon Association director.[15] There, Falkner heard as Morty and Whitney confirmed Pryce was the Masked Man, the mastermind behind the operation.[16]

In the end, Falkner returned to his Gym, where he was challenged by other trainers, who wanted to obtain his badge to enter the Pokémon League.[17]

Per Morty's request, Chuck, Falkner and Bugsy gathered to Ecruteak City's Gym. There, the trio called Morty that they were protecting the Gym from any suspicious people.[18] The trio encountered Silver, who wanted to enter the Gym. They suspected him to be a thug, and sent their Pokémon to attack. Silver's Weavile attacked Noctowl and Kakuna, while Chuck had Hitmonlee attack Silver. Silver sent Rhyperior, who clashed with Hitmonlee, but the two stopped. Falkner realized that Hitmontop knew Rhyperior already. Silver described that Blue gave him Rhydon, who had the Protector and evolved into Rhyperior. Bugsy noted that Rhyperior and Hitmontop fought at the Gym Leaders tournament. Chuck noted that Blue approved of Silver, and let him inside the Gym.[19] Falkner and Noctowl were at the Gym when Arceus arrived. Arceus emitted a giant blast that blew Falkner and Noctowl away, knocking them unconscious.[20] Before Silver left Morty, he returned the Gym Badges he stole from Gym Leaders, including Falkner's Zephyr Badge.[21] 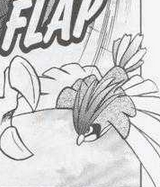 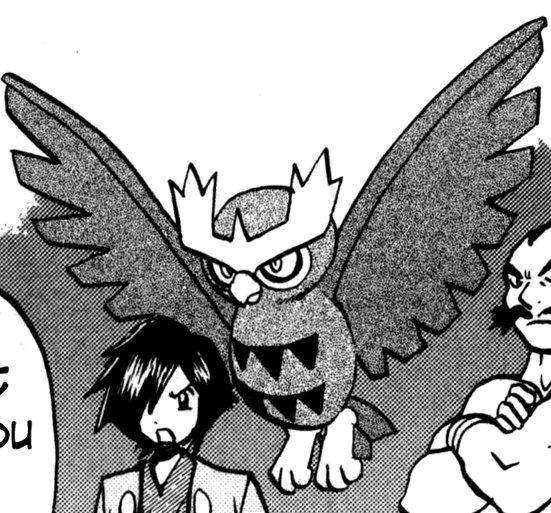 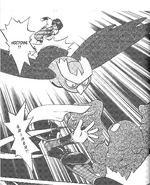 Falkner VS Janine
Add a photo to this gallery

Retrieved from "https://pokemon.fandom.com/wiki/Falkner_(Adventures)?oldid=1235411"
Community content is available under CC-BY-SA unless otherwise noted.