For the variant appearing in the games, see Factory Head Noland.

Factory Head Noland is a character appearing in the anime series, who is the Frontier Brain of the Battle Factory in the Battle Frontier in the Hoenn region.

Noland is medium height and quite muscular. He has short spiky brown hair and quite prominent eyebrows over his small dark eyes. He wears a puffy crimson red cap, a long greyish/white sleeveless coat which he leaves open over a sleeveless black shirt tucked into black trousers with a belt, and crimson red shoes which he tucks his trouser legs into.

Noland was flying in his airplane on one of his nightly flights and he saw a bird Pokémon hurt; that bird Pokémon was falling down from the sky. It was an Articuno, so he helped it fly on his wing and saved it. Articuno grew fond of Noland and they became friends, but he did not catch it.[1]

Scott described to Ash the Battle Frontier: Frontier Brains, like Noland, were powerful Trainers, awaiting challengers in their facilities across Kanto region, which award Symbols upon being defeated.[2] Ash told his plan to challenge the Frontier Brains to Max and May, the latter thinking of accompanying Ash once more as she would challenge Pokémon Contests in Kanto region.[3]

Noland was working on his machine that started to malfunction: Ash's Grovyle, May's Combusken and Brock's Mudkip stopped the machine from trying to overdrive them. Noland came out, and introduced himself and his apprentice, Sergio, to the heroes, who came to the Battle Factory. Ash wanted to challenge him right away, to which Noland accepted, and explained he could choose any Pokémon to battle against. By surprise, when looking for Munchlax, May and Max discovered Noland had an Articuno. As Noland knew how to fly on an airplane, Noland had others board on his airplane to fly, while Ash went to make a phone call. However, Team Rocket appeared and snatched his and Noland's Pokémon, and attempted to get away.

Noland used his plane to attack theirs, while Articuno helped him blast them away. Upon descending, Ash told Noland he would like to battle Articuno, and for that, he contacted Liza to have him send his Charizard just for this battle.[1] The next day, as Ash received his Charizard, Noland reminded he wouldn't hold back in the battle. Before the battle began, Team Rocket attempted to steal Articuno, but failed and got quickly blasted off. Articuno managed to freeze Charizard a bit with Ice Beam and dim its vision with Mist in the aerial battle. Articuno evaded its attacks and retaliated with Water Pulse, causing Charizard to fall down.

Articuno inflicted heavy damage with Ice Beam, freezing Charizard's wing a bit, until Charizard fired Overheat to strike Articuno and melted the ice away. As Articuno went to use Steel Wing, Charizard grabbed it and used Seismic Toss. As Charizard stood up, Articuno was defeated from this attack, thus earning Ash the victory. Noland praised Ash as he awarded him with the Knowledge Symbol, along with a case to store Symbols. In the end, Articuno flew away and Noland bid farewell to it.[4]

Noland appeared in a flashback with his Articuno when Ash recalled his journey to earn every symbol from the Battle Frontier.[5] 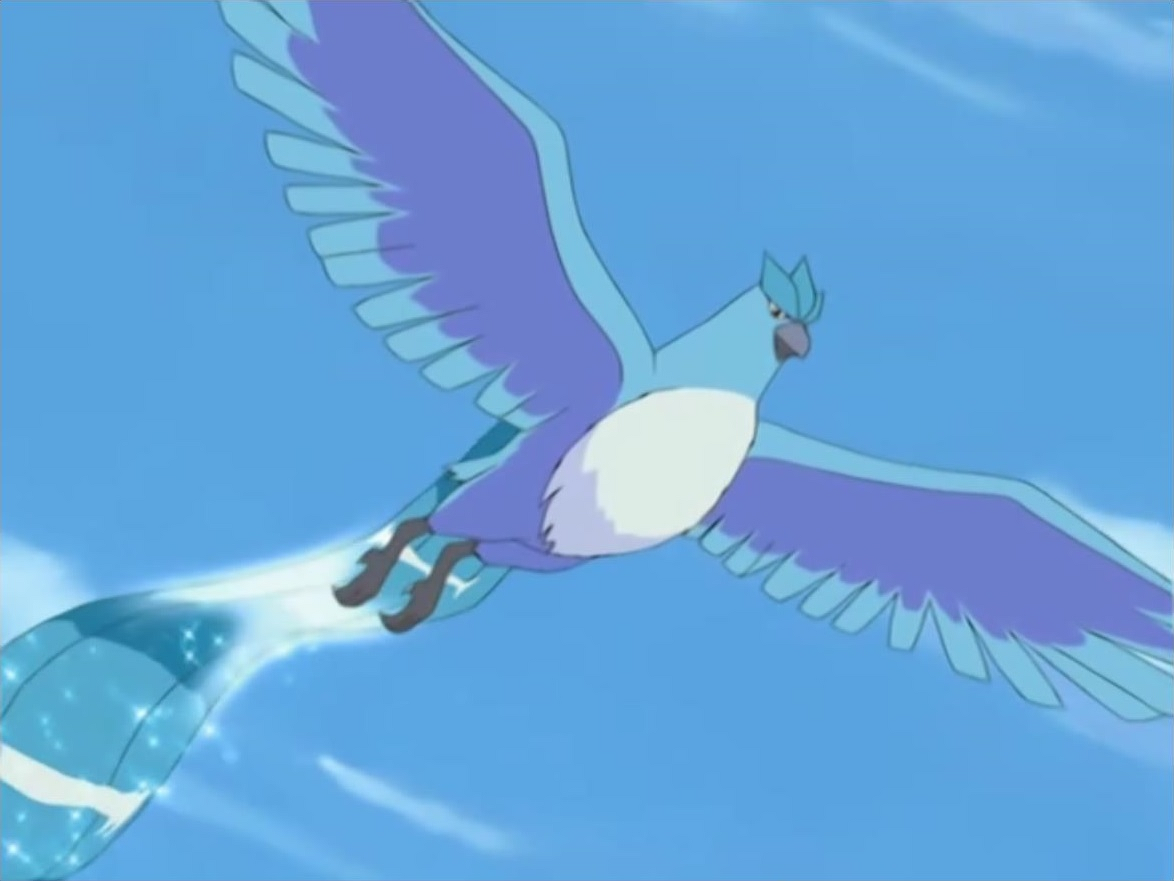 Retrieved from "https://pokemon.fandom.com/wiki/Factory_Head_Noland_(anime)?oldid=1366524"
Community content is available under CC-BY-SA unless otherwise noted.