Exeggutor is known as the Coconut Pokémon. This Pokémon looks like a walking palm tree with three coconut-like heads. Each of its head has its own will. It has two stubby legs. If a head grows too big, it falls off and becomes an Exeggcute. They use Telepathy to discuss their plan before coming to a joint decision. it is known as the 'Walking Jungle'. 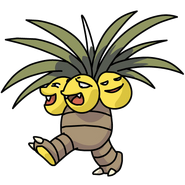 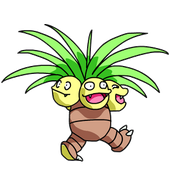 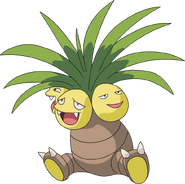 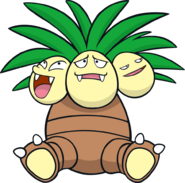 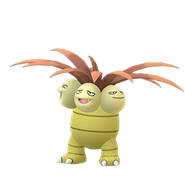 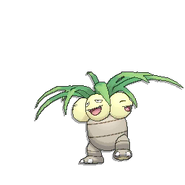 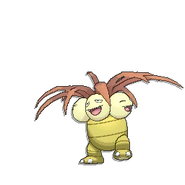 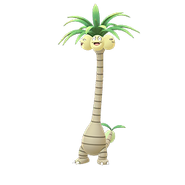 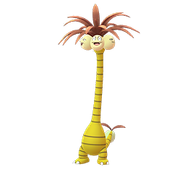 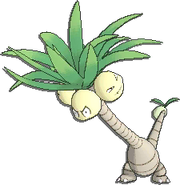 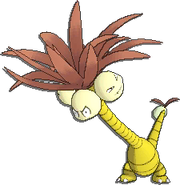