For the variant appearing in the games, see Eusine.

For Ho-Oh The Bells Toll!

Eusine is a character appearing in Pokémon: Master Quest.

Eusine is a tall man, who green eyes and brown hair, with one lock standing out. He wears a short white cape, a large red ribbon on his neck, a purple suit with four violet rectangles on his chest and white sleeves with red spheres, a white shirt, a pair of white gloves and white shoes with brown soles.

Eusine visited Morty in Ecruteak City before hearing the Tin Tower's crystal bells ringing. Eusine suspected Suicune would be coming back to Ecruteak City. However, upon coming to the top, they both saw the crystal bells have been stolen. Eventually, they met up with the heroes, where Morty introduced Eusine to the heroes before Eusine's mouth got pulled by Gengar, as a part of a prank. Eusine was not glad to hear Ash met Ho-Oh and nearly outraged to hear Ash also met Suicune. Eusine challenged Ash to a battle, despite Morty's attempts to calm him down. Eusine sent Alakazam against Ash's Pikachu, but before the battle started, they were warned about a threat near Ecruteak City. Outside, they saw the forest Pokémon have taken over the Bell Tower, making Eusine think the Pokémon were furious about the disappearance of the crystal bells. He was worried the Pokémon were creating a world without humans and would continue to do so, even if the bells were recovered. Fortunately, Morty's Gengar has found the bells and showed them Team Rocket has stolen and destroyed them by accident. The forest Pokémon attacked with String Shot, so Eusine had his Alakazam protect the group and feared there was no hope of restoring balance. However, Suicune arrived and defeated Team Rocket, then calmed the forest Pokémon down. Eusine sent Alakazam, since he wanted to catch Suicune, even if the heroes and Morty warned him not to battle it. However, Suicune used roar, sealing Alakazam back in its Poké Ball, then ran off. Eusine decided to move on and find Suicune once more, while Morty felt Eusine was motivated by Ash himself.[1]

Eusine wandered to a place, where he heard reports of a Raikou. There, he met Jimmy and Marina, who encountered Raikou and took it to the Pokémon Center. He knew Raikou wanted to be a free Pokémon, but due to its status as a Legendary Pokémon, Team Rocket tried to catch it. He also knew it was the reason Raikou distrusted humans. Despite trying to recover in the Pokémon Center, Raikou escaped away, so Eusine, with Jimmy and Marina, rode off, to the place where Raikou fought against Attila and Hun, members of Team Rocket. During the battle, Eusine was to send a Pokémon, but got hit by Steelix's Rock Throw.[2] Jimmy was disturbed by Marina's disappearance, though Eusine calmed him down, knowing the rescue operation requires everyone not to be upset (even if Jackson still panicked). By using the signal from Marina's Pokégear, Eusine, Jackson and Jimmy took a car and found Hun and Attila. Surprisingly, Eusine did not see Raikou around. Lightning bolts stroke everything around, so Eusine knew Raikou regained its strength back. Eventually, Raikou's thunder destroyed Team Rocket's machine, fascinating Eusine. He found it strange, however, Team Rocket has not retreated, since they could not control Raikou without the machine. He was shocked to hear the crystal they stole was still active and was to sap away Raikou's power. Jimmy, Marina and Jackson were determined to save Raikou, but Eusine noted there can be a way to save Raikou without damaging the crystal, else Raikou would be caught in the explosion. Eusine told them the crystal's field can be opened and take Raikou out before the explosion was to occur. Since Hun and Attila were attacking, Eusine sent Alakazam to use Psybeam on Steelix and hoped Raikou would preserve before Jimmy's Typhlosion and Jackson's Meganium opened the crystal. In the end, Raikou was rescued, Team Rocket retreated and Eusine cheered victory with his friends.[3] 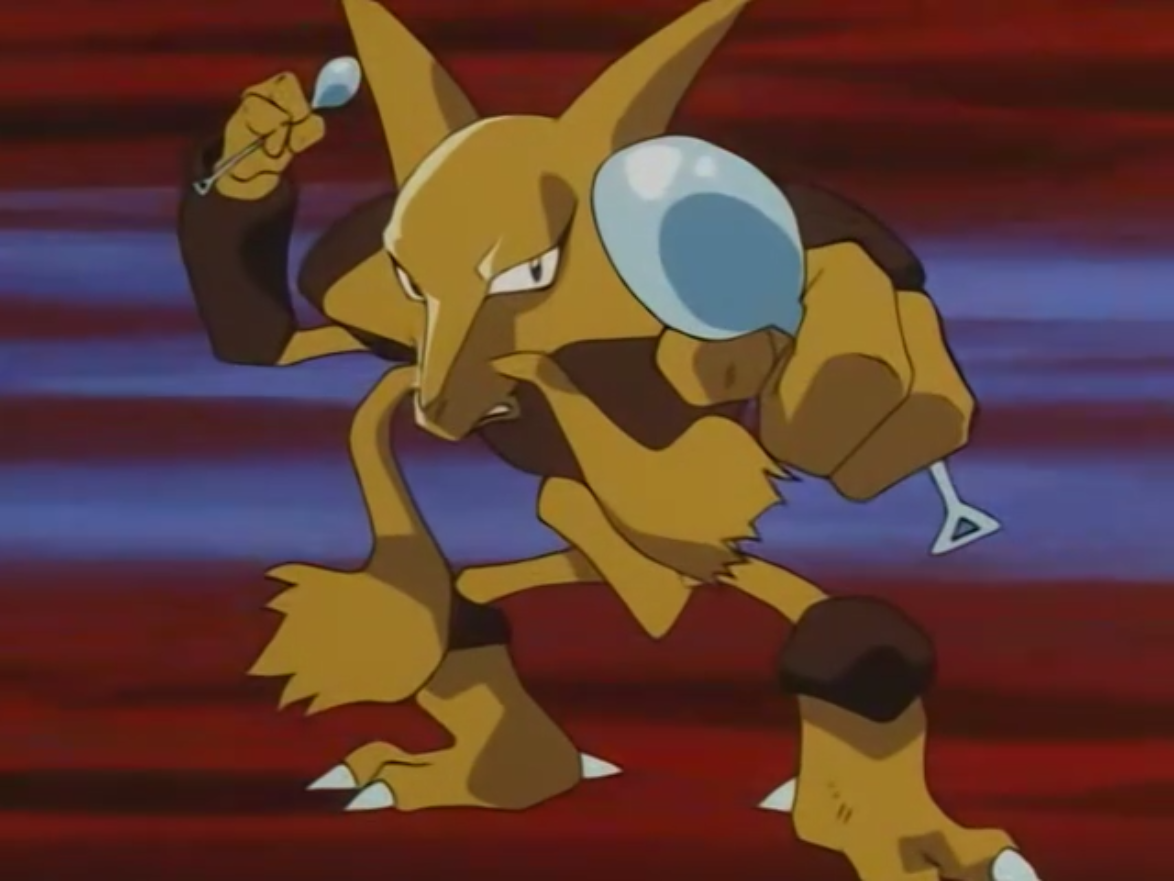 Retrieved from "https://pokemon.fandom.com/wiki/Eusine_(anime)?oldid=1028478"
Community content is available under CC-BY-SA unless otherwise noted.