Espurr is a small bipedal feline Pokémon that has circular, unblinking pinkish-purple eyes with round deep purple pupils. Its body is covered in lavender-colored fur. Its paws and ears are tipped with white fur, and it has a short curled tail. Beneath Espurr's folded ears are yellow ring-shaped glands that releases its psychic powers. When it is not battling, Espurr's ears are folded tightly against its head, covering its psychic glands in order to keep its intense psychokinetic powers from leaking out.

Espurr is a rather self-restraining or someone could say as, "too empathetic" to let itself be bothered with others. The reason why it always shut its ears is so that it could control its psychic powers. It is most of the time a loner. It is also fairly independent and prefers to move on its own pace.

Espurr can evolve into Meowstic starting at level 25.

Espurr is based on a Espurr kitten. It may also be based on the nekomata of Japanese mythology, cats that gain supernatural abilities once they grow older and their tail split.

Espurr comes from esper (a person who practices psychic abilities) and purr. 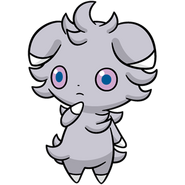 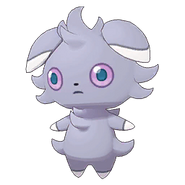 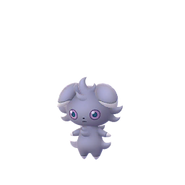 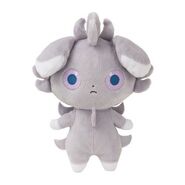 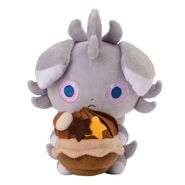