For the variant appearing in the games, see Emma.

Emma, also known as Essentia, is a character appearing in Pokémon Adventures.

Emma is a woman with curly black hair, tied in pigtails. She has violet eyes and dark skin. Her common outfit consists of a grey-collared shirt, a brown skirt, a pair of black stockings and brown ballet shoes.

As Essentia, Emma wears a black sleeveless combat suit, a pair of black shoes and gloves. She also wears an electronic helmet, which glows out an "E" letter.

Emma is a young lady that cares for other people, though is usually quiet. She loves making friends with Pokémon. She also grew certain amount of toughness while being on the streets, due to having been kicked out on the streets.

As Essentia, Emma becomes a strong individual that obeys the orders Xerosic gives to her through the suit, which has a partial control over her functions. Essentia doesn't show mercy and takes any opportunity to complete her mission.

Emma was abused by her parents, so one day she ran off on the street. Though lonely, Emma was approached by a bunch of Pokémon, whom she befriended. Children that were also kicked on the streets also approached her and together they form a group known as "Lumiose Gang". Fortunately, one day, Emma was found by Cassius and his group, who let Emma live at their humble house.[1]

In order to learn about Mega Evolution, Essentia attacked Korrina and Gurkinn at the Tower of Mastery. She lured Korrina away with her Trevenant and asked Gurkinn about the giant statue and Mega Evolution. Gurkinn told he was the teacher of Mega Evolution and handed the Key Stones. Essentia started her mission, intending on capturing Gurkinn.[2] Gurkinn found it disrespectful an enemy battles an old man, who couldn't move around much. He felt Essentia couldn't even use the power of Mega Evolution she wanted to seek badly. He also thought Essentia was a member of Team Flare, but she denied that, not having heard of that organization. Essentia also nearly dodged Mega Lucario's attack, who jumped away from Trevenant. After battling Essentia's Pokémon a bit, Gurkinn and Korrina tried to escape, but Essentia's Trevenant blocked the exit. Since there was little choice left, Gurkinn and Korrina had their Mega Lucario and Mega Heracross attack the statue's chest, which triggered the self-destruct mechanism and destroyed the tower. Before leaving, Essentia told her name to Gurkinn and his granddaughter.[3] While speaking to Diantha, Gurkinn remembered Essentia. Since Essentia did not know who Team Flare was, Gurkinn began thinking there was another enemy in Kalos after Mega Evolution.[4]

Emma appeared in Cassius' house, who adopted one of Team Flare's Espurr.[5] As they left towards Cyllage City, Emma told she nicknamed her Espurr as Mimi.[6]

Essentia was told by Xerosic her suit was upgraded. Essentia was glad and went out to test the suit's capabilities.[7] She came with Malva and Celosia, watching over any intruder that was to spoil the transport of Xerneas tree. Y saw her mother among the brainwashed people and flew off to protect her. Thus, Essentia had her Trevenant emit roots to bind Y and her friends. Just as Trevenant was to attack, a Gengar blocked the attack, for Gurkinn, Diantha and Korrina arrived to support the children to attack Team Flare.[8] Essentia continued attacking and saw Gurkinn, whom she fought in Tower of Mastery. Once X managed to get Gengar in his team, Emma noted Gengar has hidden itself in Trevenant's shadows. Thus, she had Trevenant attack, but Trevenant got defeated by Mega Gengar's Shadow Punch attack.[9] Essentia tried to retreat, but Tierno, using his roller skates, caught up to her. However, Essentia used her suit's power, despite Xerosic's demands, and turned itself to look like Tierno. A Klefki came and attacked her suit, causing Essentia's suit to malfunction, as she looked like several people at once. Essentia fled and as everyone tried to catch up with her, they were stopped by Y, who pointed out there was no time for revenge, but to save other people.[10]

Emma eventually came to Cassius at Laverre City, who was angry she just was leaving and returning without saying a word.[11] Emma followed X to Geosenge Town, where she bumped into him. The Team Flare grunts started attacking, so X sent his Pokémon. Emma ignored X for a bit and showed Mimi was in Kanga's pouch. The grunts continued attacking, so Emma lifted her Mimi's ear, blowing the grunts away with psychic energy. Emma told X she had to be tough and explained her past, telling she was working on a job to support Cassius. Emma noticed X was crying about her story, but X denied that. Soon, they arrived to the gate of Team Flare's headquarters. Both of them entered, though X fell in a trap, leaving Emma to wander around and find a tall man.[1] Clemont, Trevor, Shauna and Trevor managed to sneak in the headquarters and met up with Emma, who showed her new friend, AZ. She also told Lysandre took AZ's key, which was to power the Ultimate Weapon. Eventually, the group came to Lysandre's chamber, where X was defeated.[12] With Xerneas' help, the group was escorted away from Geosenge Town.[13]

Diantha spoke with Blue and informed him of Team Flare's commanders, though she wished to know who Essentia was.[14] Essentia had her four Hawlucha attack the group. Just as she was to make her next move, Essentia remembered she had to capture "Z", which was her mission. With her suit was disabled, Essentia's true consciousness awakened for a bit and she realized she dozed away. The suit prepared to hypnotise Essentia once more, as she remembered "Mr. Xerosic" wanted to hypnotize her. Essentia's suit was activated once more, but Y found her at the crystal sundial. Y went to attack, while Essentia prepared to evade the attack.[15]

Y flew with Fletchy to pursue Essentia, whose Hawlucha carried her away and fired Stone Edge at Y. Since Y nearly fell down, her Solsol, rescued her. Essentia discovered Y carried Xerxer, in her Poké Ball, so she leapt to Y and tried to use the "Poké Ball Jack" to control Xerneas. However, Y was warned by Xerneas to fight back, so Y's Croaky hit Essentia away and rescued Y. Essentia fell through the roof, so she disguised herself as Nurse Joy and tied up the real one. Y came to the Pokémon Center, where she found the fake Nurse Joy and gave her the Pokémon for healing. Essentia took the opportunity and hit Y, snatching her Xerxer. Essentia then disguised herself as Y and spoke with X, claiming she just left her Pokémon for healing. X knew Y would apologize for running on her own and would never call her "dear childhood friend". Thus, his Rute clenched Y's head, which crushed her mask and revealed Essentia. Y returned to X with Tierno, Shauna and Trevor, and promised she wouldn't let Essentia trick her. Thus, Y's Solsol Mega Evolved, and so did X's Rute, though Essentia decided to use her "Poké Ball Jack".[16] Essentia stole Y's Xerneas and sent it out to battle X and Y. Y had her Mega Absol use Night Slash, but was hit away by Xerneas. Still, Y wasn't hurt badly, as she knew Xerneas wasn't attacking at full force, which made Essentia realize the Poké Ball jack function was weaker on Legendary Pokémon. X tried to have Mega Pinsir attack Zygarde, but hit Essentia's helmet, which revealed her face a bit. Suddenly, a Zygarde appeared, which Essentia tried to catch. She had Trevenant bind Zygarde with roots; Zygarde tried to overpower itself with green squishy things, so Essentia jumped away. She touched Zygarde with the Poké Ball and caught Zygarde. With her mission over, Essentia flew away.[17]

Sometime later, Essentia woke up elsewhere, and had a terrible headache.[18] With Lysandre's calling, Essentia appeared on Zygarde at the Pokémon Village. Lysandre told that Essentia placed Zygarde in the storage system, allowing them to locate her and order her to come assist them in the fight. He also used a device to take full control of her, allowing him to speak through her suit to command Zygarde. He did so, having Zygarde use Land's Wrath, which damaged Lysandre's enemies. Mega Mewtwo was still present, so Lysandre had Essentia order Zygarde to use Camouflage. Blaine Mega Evolved Mewtwo in a different form, allowing it to block Zygarde's attacks. X managed to hit Essentia and just as he went to approach her, Lysandre had Gyarados repel X before Y had her Mega Absol attack Mega Gyarados. X went to find Essentia and saw this whole time Essentia was actually Emma. X was in shock, while Emma simply explained that she was always shunned by others, hence the Essentia suit gave her power. She didn't want to exit the suit, considering even after Team Flare would be defeated, she would still be shunned and would be homeless on the streets.[19]

Emma continued to take Lysandre's orders to have Zygarde attack. X asked of Emma to stop taking orders, but Emma claimed she was doing so to please Cassius. X reminded that Emma loves Cassius and claimed with such a trustworthy person on her side, she shouldn't betray him. Emma realized his point and started ignoring Lysandre's orders. Lysandre tried to command Emma, while Cassius arrived and stated Lysandre was thinking Emma was doing this work for free. Since there was no pay, Cassius claimed he and Emma were going home. Emma also wanted to have Zygarde attack Lysandre, but Lysandre's Gyarados attacked her to have its master take her Poké Ball. Cassius saved Emma and watched as X confronted Lysandre.[20] Cassius and Emma watched as X battled Lysandre and Zygarde, the latter starting to dissolve. Emma recalled when she caught Zygarde, a similar thing happened, when Zygarde was absorbing the green things to power itself up. With Zygarde releasing them, Emma knew X's attacks were working. She also saw as Malva and Lysandre fell down to the ground, defeated. With Team Flare defeated, Cassius and Emma took X, Y, Tierno, Shauna and Trevor to Lumiose City in their van.[21]

On hand as Emma

On hand as Essentia 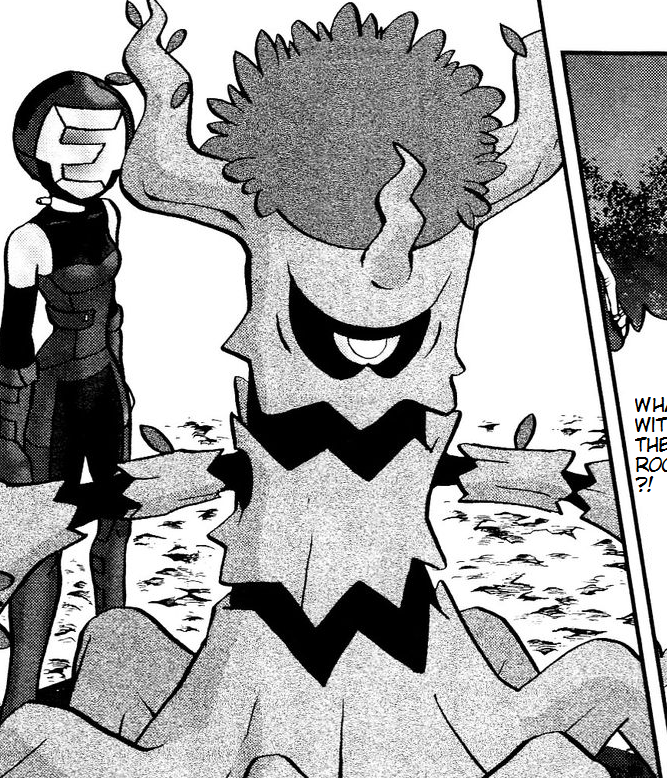 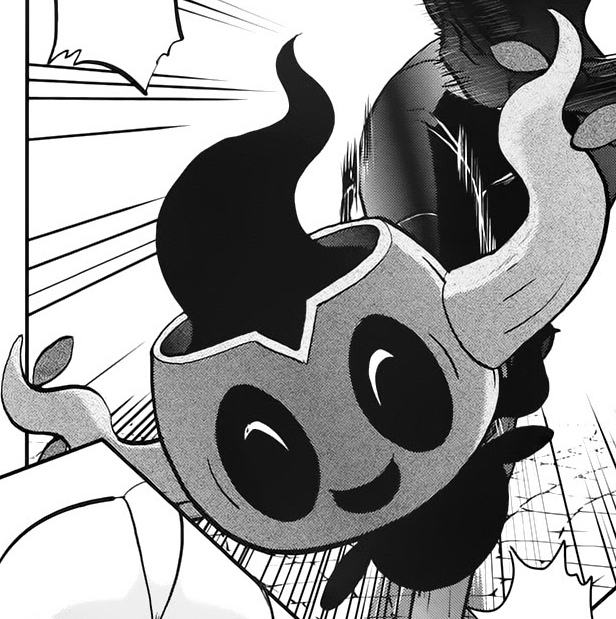 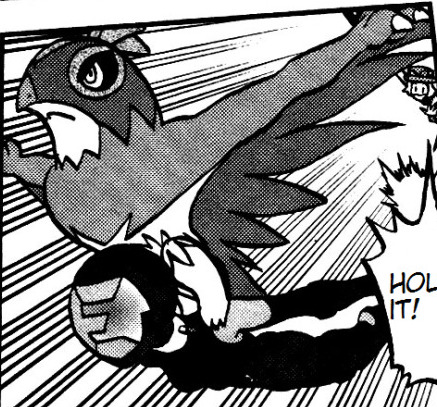 Retrieved from "https://pokemon.fandom.com/wiki/Emma_(Adventures)?oldid=1002586"
Community content is available under CC-BY-SA unless otherwise noted.