Elijah is a character appearing in Pokémon: Advanced Challenge.

Elijah traveled with his Camerupt around the villages to show the people some movies. Though he knew those people could watch movies from a television, he received a letter from a girl, who was thrilled to see the movie in the open and wanted to watch it again. Thus, each year, Elijah travels around to show new movies, even if he encounters a lot of trouble while doing so.

Elijah had trouble pushing Camerupt across the river. Fortunately, the heroes helped him out. Elijah was grateful and introduced himself, telling he was showing movies to the people in the villages. Since the heroes were headed in the same direction, they accompanied Elijah. They were to cross another river, but fell in a hole, made by Team Rocket. After Ash and Corphish saved his Camerupt, they all went near a mountain. However, a rock slide caused the path to be blocked, so Elijah had no choice but to camp with the heroes, where they discussed the movies. The following day, they arrived to the village, where many people were glad he arrived. That night, Elijah showed the movie, but in the middle of the projection, Team Rocket took away the equipment. Ash, May, Max and Elijah went after Team Rocket and took back the equipment. In the end, Elijah managed to display the rest of the movie, which was well received by many people. 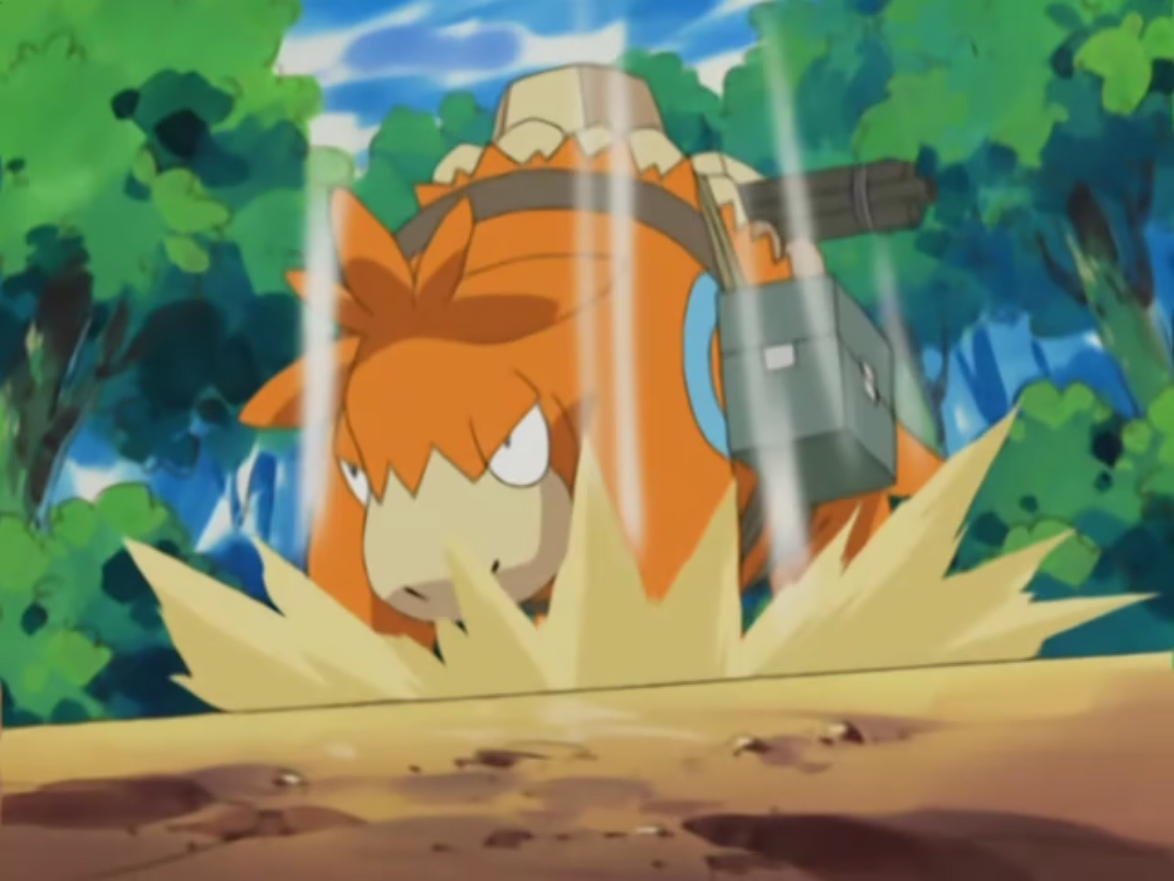