For the variant appearing in the games, see "Drayden".

Iris and Excadrill Against the Dragon Buster!

Drayden in other languages

Drayden is a character appearing in anime series, who is the Gym Leader of Opelucid City in the Unova region.

Drayden is a slightly old, but a tall and muscular respected figure. Drayden has white hair and a beard, which, notably enough, covers his mouth. Drayden wears a white shirt with rolled sleeves. He also wears gray pants, which are attached by two purple suspenders (with two shoulder pads with spikes), as well as some black shoes. In addition, Drayden wears some black gloves and a green gem etched onto the collar of his shirt, with two green strings.

Drayden is a calm, yet a wise man in the battle. He cares much for education and for the Opelucid Academy, though, sometimes, he senses that certain people would be better off learning in adventuring, rather than in an institution.

The name Drayden comes from "dragon" and "den", referring to a dragon's den.

His Japanese name, Shaga, comes from 釈迦 (shaka, Gautama Buddha, as the Dragon type is often connected with mythology and mysticism) or 社会 (shakai, society, as he's the mayor of Opelucid City). It could also come from "shaga", another name for the fringed iris flower.

Drayden appeared in Iris' flashback; as Iris managed to befriend her Excadrill, they both won many battles. The final challenger was Drayden, who sent Haxorus. Iris counted on Excadrill, who battled Haxorus, but upon getting hit by Rock Smash, Excadrill sealed himself.[1] After some time, Iris, per elder's recommendation, went into Opelucid Academy, where Drayden was one of the teachers. Iris couldn't keep up with her studies, feeling like a stranger in the city. Iris eventually used a Fraxure to battle a student, but lost the battle. Drayden pointed out Iris had to sense what her Pokémon were feeling, rather than just order Pokémon around. Iris was saddened and wanted to go back to the village. Unknown to her, Drayden approved that Iris would return to the Dragon Village and start a journey to learn more about life and Pokémon, in a more effective manner than she'd learn at the Academy. The elder saw the wisdom in Drayden's words, feeling Iris could even become a Gym Leader one day.[2]

Drayden snuck into the Dragon Village and was noticed by the elder. The elder told Drayden Iris still felt she was running away from Drayden, but Drayden wanted to see how she grew up. Eventually, Drayden, upon seeing Iris calming down Shannon's Hydreigon, appeared in person. Iris was not pleased Drayden was here, but was told Drayden had heard Iris grew up on her journey. Drayden wanted to see what Iris learned and asked her to come to Opelucid City Gym and face him in battle. Iris decided to do so, promising to show what she has gained.[3]

After the heroes arrived to Opelucid Academy, Drayden suggested they have some lunch, as he had to take care of some business. Eventually, Iris gained courage and faced Drayden in the Gym, sending her Excadrill to face Drayden's Haxorus. In the heat of the battle, Excadrill used Drill Run and Haxorus Giga Impact, which hit and knocked out both Pokémon. Both Iris and Drayden called their Pokémon back, so Drayden sent his Druddigon and Iris her Dragonite. Drayden sensed Dragonite had an interesting life, then had Druddigon attack Dragonite. Iris felt while Dragonite would be more effective by launching the attacks from the air, Dragonite wanted to fight on the ground. After the battle, Dragonite lost after getting hit by Dragon Tail. Drayden was pleased, however, since Iris learned much and gained new friends on her journey.[2]

Drayden reappeared when Ash went to challenge Iris. He was revealed to now own an Axew as well as allowing Iris to use his Gym, the Opelucid City Gym, as Iris and Ash's battlefield for their World Coronation Series battle. He watched the battle alongside Goh. Before the events of the battle, he was revealed to have helped Iris in becoming a Dragon-type Pokémon master.[4] 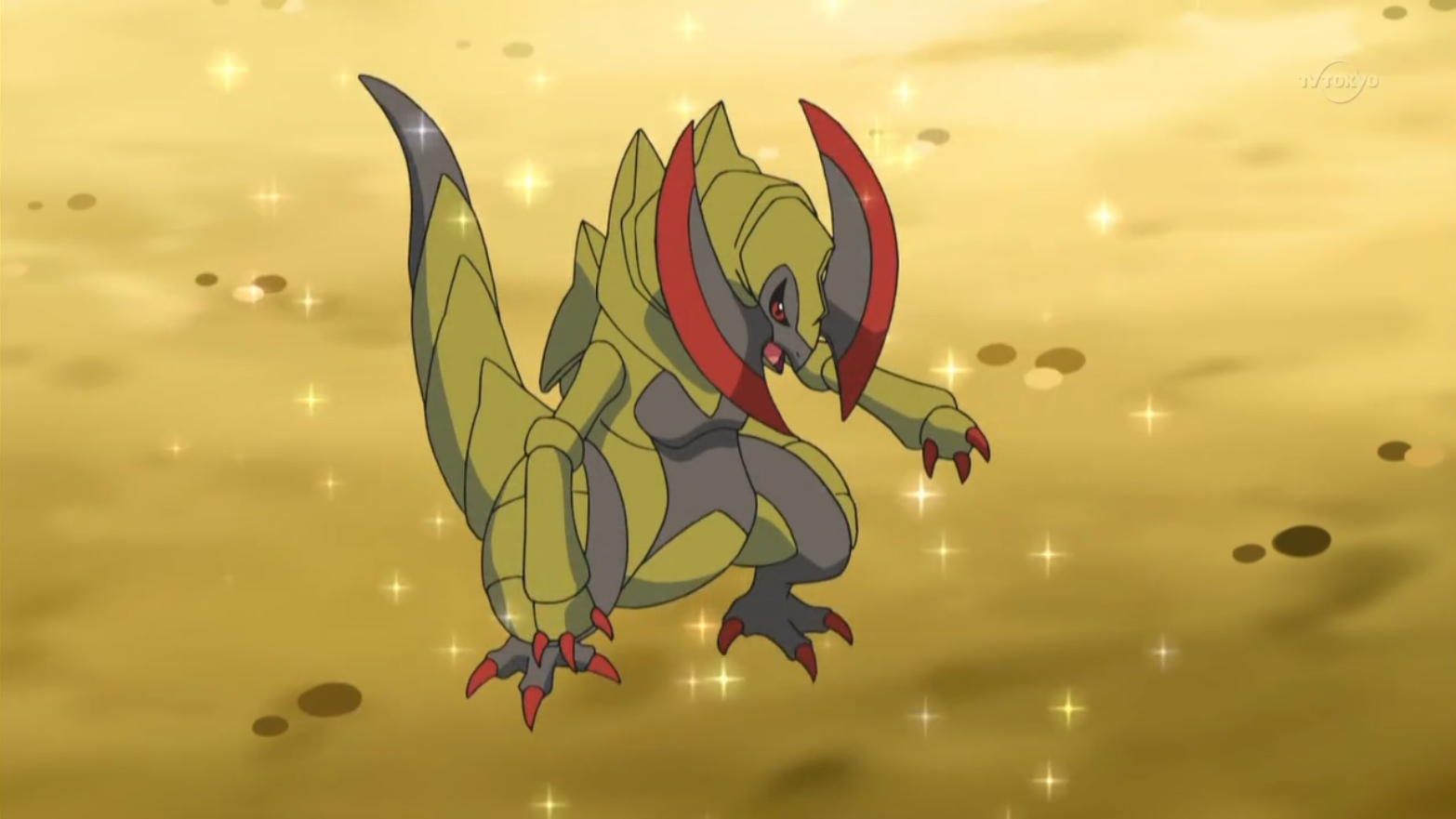 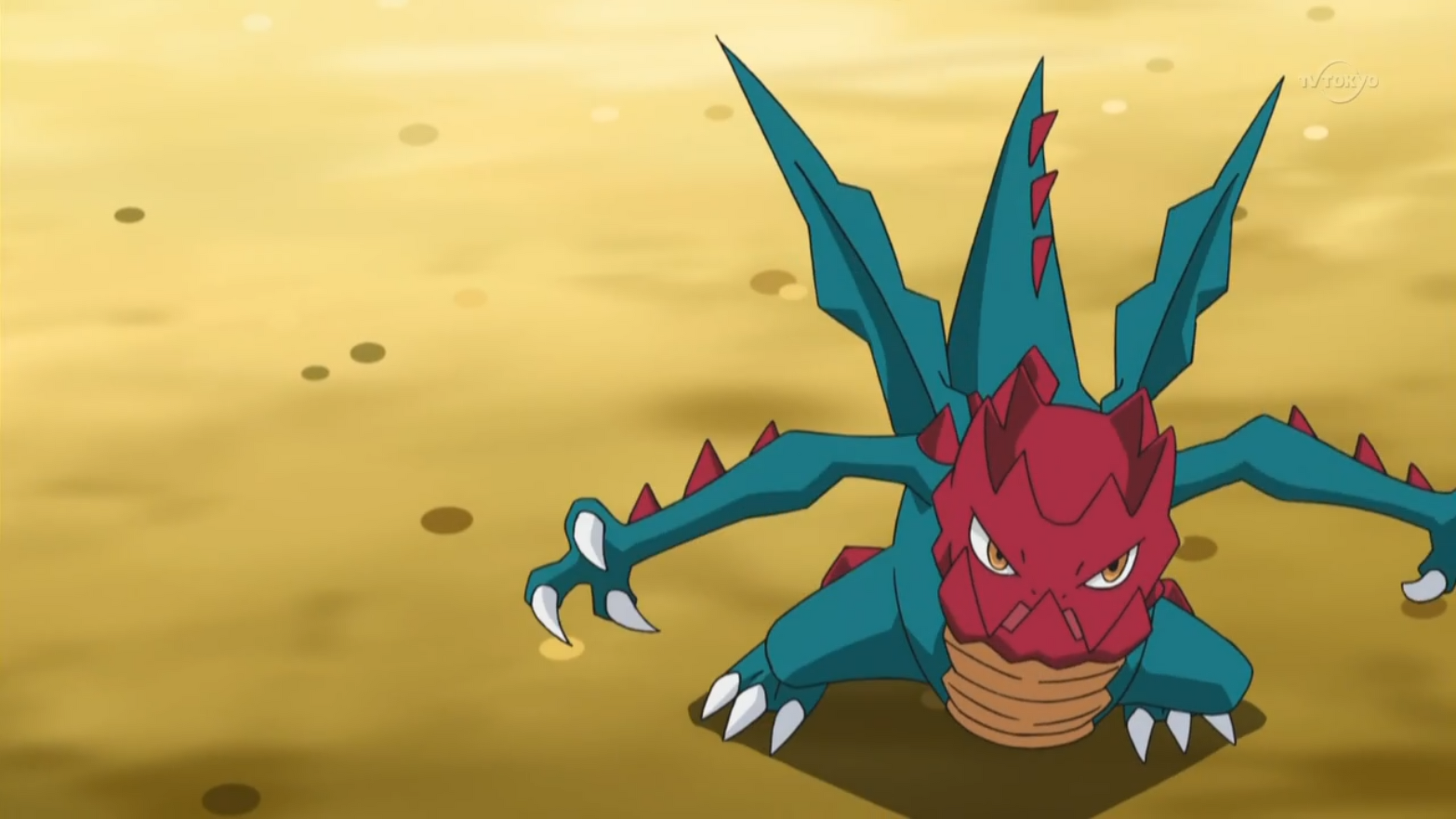 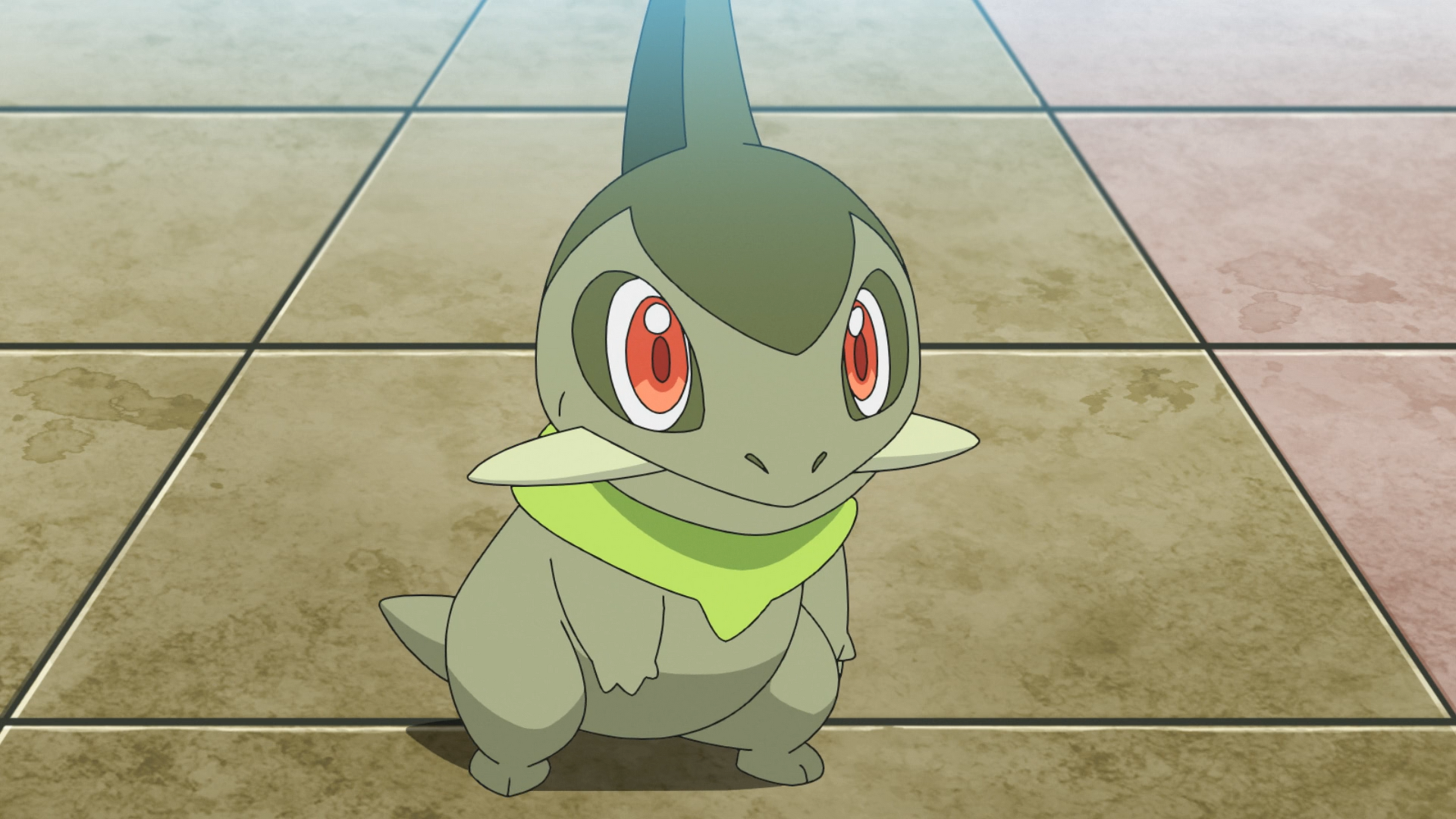