For the variant appearing in the games, see Drake (Hoenn).

Drake is a character appearing in Pokémon Adventures, who is a member of the Elite Four in the Hoenn region.

Drake is an old, but tall man, who has a white moustache. Drake wears black sailor-like clothes with a Poké Ball emblem on them: a white hat (with a notched end) and a ragged mantle with yellow outlines and stripes on his sleeves. Drake also wears blue trousers, buckled up with a dark belt and wears black boots. While taking a break, Drake is sometimes seen using his pipe.

Drake has an identical appearance. However, his sailor hat does not have the notched end.

Drake is a tough, old trainer, who respects the youth. Drake is fairly intelligent and wise, especially when it comes to dragons and their kin.

A long time ago, when Drake was young, Drake used to visit the Draconid village for training. Seeing Drake's bond with dragon-type Pokémon, the villagers welcomed Drake.[1]

Drake, along with other members of the Elite Four, were called by Steven to help in the crisis of Hoenn.[2] The Elite Four went to Lilycove City, where the arrive in time for Steven to save Wallace from Tabitha. Steven then sent the Elite Four to their assigned posts.[3]

Drake went to the Ancient Tomb to wait for Registeel to be unsealed.[4] Once Steven received his father's letter from Steven, he borrowed Sapphire's Wailord and Relicanth to perform a ritual, awakening the golems. Drake watched as the force awakened Registeel.[5] Drake managed to control Registeel and took it to Sootopolis City, where he, Sidney, and Regirock worked to contain the energy Kyogre and Groudon were releasing.[6][7]

However, the Elite Four saw the energy was being released upwards, into the sky.[8] The Elite Four saw as the battle field started crumbling by the power of Kyogre and Groudon.[9] Wallace went off with Steven and reported to the Elite Four Steven had died. This saddened the Elite Four, as they knew Steven took too much strain by controlling the Legendary Golems, who disappeared, with their task being completed.[10]

Drake met up with Mr. Briney and Mr. Stone, as they were standing on S.S. Tidal. After Steven reported he took Ruby, Sapphire and Emerald for training to prepare them for the crisis, Drake commented Mr. Stone had a fine son, who was a reliable leader. Steven sent a picture of the glyphs of the Granite Cave to Mr. Stone, who gazed upon the picture, along with Mr. Briney and Drake.[11] Mr. Stone asked Drake about the picture, but Drake had no answers, since he needed more time to analyze the picture.[12]

Drake, along with Mr. Briney and Mr. Stone, visited Steven, Sapphire and Emerald. Drake and Mr. Briney managed to find a spot for Sapphire and Emerald to train and master the Mega Evolution, Sea Mauville.[13] After arriving to Sea Mauville, Mr. Stone and Drake remembered the place was belonging to one of the Devon's rival companies, which worked on excavating oil.[14] The following day, Drake watched as Sapphire and Emerald had Mega Blaziken and Mega Sceptile's life energies being absorbed for Mr. Stone's plan to save the planet.[15] After Zinnia appeared, Drake sent his Shelgon to combat the forces of Team Aqua and Team Magma, whom Zinnia had gathered.[16] During the battle, when Steven's Mega Metagross battled Zinnia and Goodra, Drake noticed Metagross looked somewhat weak, for Steven also had Metagross share some of its life energy to the absorber, but did not recover since. After the battle, Ruby wanted to find a place with dragons to find the Draconids. Drake introduced himself to Ruby, advising they could search at Meteor Falls, where many dragons may lived.[17]

Ruby wondered if that was really the truth; Drake admitted he was not certain, but clarified that was the place where all Dragon trainers were practicing. Mr. Briney wanted to go immediately, but Drake asked them to rest first and expressed his worry to Steven and his father, who were still at Sea Mauville.[18] While talking with his friends, Drake noticed Hoopa, who accompanied Emerald, summoned Kyogre and Groudon.[19] To show off the power of the Primal Legendary Pokémon, Archie had Primal Kyogre summon a whirlpool to drown Drake, Ultima and Mr. Briney in the sea.[20] Fortunately, the villagers found Drake, Ultima and Mr. Briney, who made it to the coast. The villagers took them to the village at Meteor Falls, where they were taken care of.[1]

Drake, along with the rest of the Elite Four, went to Slateport City to help in the meteorite crisis.[21] There, per Steven's orders, Drake launched an attack, which merged with others' attacks and shattered the meteorite.[22] 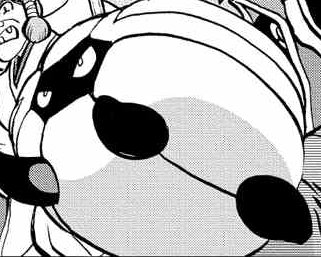 Retrieved from "https://pokemon.fandom.com/wiki/Drake_(Adventures)?oldid=1040857"
Community content is available under CC-BY-SA unless otherwise noted.