Dragonite greatly differ from their sea serpent-like pre-evolved forms. Both Dratini and Dragonair had a blue coloring with no limbs or wings (excluding the wing-like ears of Dragonair). Dragonite are large, orange, bipedal dragons, with two turquoise wings on its back. Dragonite largely resembles a Charizard, as both have the same orange colouring, and the same blue underside of their wings, except for its lack of a flame on the end of their tails, and a somewhat rounder, and friendlier appearance. However, in the anime, Dragonite is rarely seen smiling.

Dragonite resembles a proper looking dragon, unlike its pre-evolved forms Dratini and Dragonair.

All Dragonite have the ability Inner Focus which allows it to keep from flinching in a battle. They can also have Multiscale as an Hidden Ability, because Multiscale halves damage from any attack when the user is at full HP Dragonite has become a common sight in competitive battling

Dragonite evolves from Dragonair at level 55. Dragonite is the final form of Dratini.

Dragonite made its first appearance in the episode Mystery at the Lighthouse, where Bill was searching for it. It appeared during the last moments of the episode and was unusually large, making this Dragonite in particular a Giant Pokémon.

Dragonite have also made appearances in other episodes under the ownership of trainers including Lance and Drake. Lance's cousin, Clair also owns a Dragonite which originally belongs to the very first Gym Leader of Blackthorn City.

In The Mastermind of Mirage Pokémon, Professor Oak used his own Dragonite in battle against the Mirage Master.

Dragonite also made an appearance in Pokémon:The First Movie as Mewtwo's "postman" as it uses Dragonite to send the invitations out.

Iris has captured a Dragonite in Undella Town when one Dragonite caused all the blackout when its been injured during a battle with a Hydreigon, causing everyone to blame it on him when it was framed. 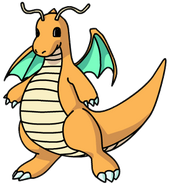 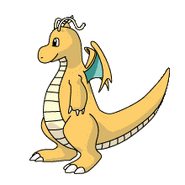 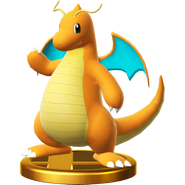 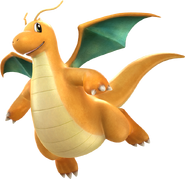 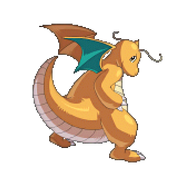 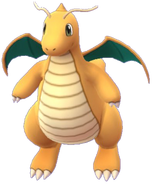