Ditto (Japanese: メタモン Metamon), is a Normal-type Pokémon introduced in Generation I. Ditto is a unique Pokémon because it can breed with any Pokémon in a Day Care Center regardless of its gender, except for another Ditto, Legendary Pokémon (except for Manaphy and Phione), Unown, Nidoqueen, Nidorina, and Baby Pokémon.

Ditto's appearance is very plain. It is a simple, pinkish-purple, amorphous blob, with two small dots as eyes and a long, curved mouth.

Ditto will transform into anything it sees, even inanimate objects. When it sees an enemy, it will change its DNA code to match theirs. It avoid being attacked while sleeping by changing its appearance to look like a rock. While trying to transform into something from memory, it will get details wrong. They will try to befriend other Pokémon by transforming into one of their kind. However, they are hostile to each other.

Ditto is capable of transforming itself into anything perfectly. However, it only knows one move, Transform, and when battling, it will transform into the opponent's Pokémon. In the anime and the movies, it has been shown that it will keep its face if it transforms into a human, and when it transforms into a large Pokémon, it will be smaller. Its transformation will fail if it is made to laugh. Some Ditto are better at transforming than others. They are hermaphroditic and can breed with any breedable Pokémon.

Ditto does not evolve.

Howard Clifford's Ditto is the true secondary main antagonist of Pokémon: Detective Pikachu. It is genetically-modified to be able to evolve beyond Pokémon, such as humans, but was forced to wear sunglasses to hide its bidding eyes when disguising as a human. Its first main disguise as a human was Ms. Norman, even impersonating Howard’s own son Roger Clifford, and the intern reporter Lucy Stevens.

In an interview, it was said that Ditto was based on a smily emoticon. It shares traits with single-called organisms.

Ditto means either "I agree" or "copy". 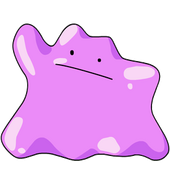 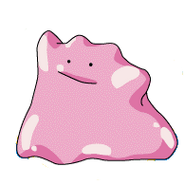 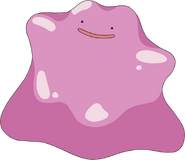 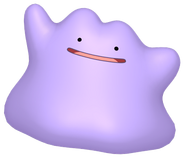 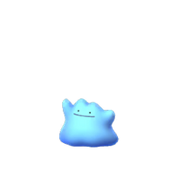 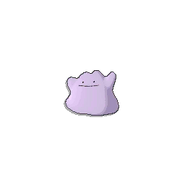 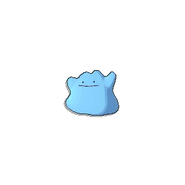