Diancie is a distinctly feminine fairy-like creature with a gray rocky body embedded with bright pink crystals and gemstones. This Mythical Pokémon is the result of a mutated Carbink. Diancie wears a white cloak-like garment with long white sleeves from which its tiny gray hands protrude. Diancie has a golden collar around its neck, a pink diamond on its chest, and a crown-like headdress of pink gems upon its head. In the center of its forehead, it bears a large round, cut diamond that is bright pink in color. It has bright red eyes and small pointed ears. The bottom of its body is composed of a large chunk of rock with a pink crystal embedded in its side.

Diancie possesses a Mega Evolution. Mega Diancie wears a much longer white cloak; attached to its cloak are long white streamer-like ribbons with small pink diamonds dangling from the ends. Mega Diancie's crystal headdress becomes distinctly larger and more extravagant, and the large diamond atop its head changes its shape from round to slightly heart-shaped. The underside of Mega Diancie's body resembles a great crystal chandelier, composed of many large pink diamond crystals. It has small golden feet, and golden rings around its neck and waist. Its long thin gray arms can be seen, as it no longer has sleeves on its garments.

It is believed to rule over an entire underground kingdom of jewels called the Diamond Domain, served by loyal Carbink. Diancie oversees the legendary Diamond Domain and makes sure that it always remains hidden from those who intended to loot it or steal from it. It also is in charge of creating the Heart Diamond, a mystical gemstone that, according to legend, is the sole source of energy that allows the Diamond Domain to continue to exist.

Diancie is able to create diamonds by compressing the carbon in the atmosphere between its hands. It is the only Pokémon able to learn the move, Diamond Storm.

In Diancie and the Cocoon of Destruction, Ash and his Pikachu attempt to help a Diancie and make it the Princess of the Carbink group in a area called the Diamond Domain.[1]

Diancie is based on a carbuncle, a fairy with a jewel on its forehead. Its design could be a pun on a "princess cut" diamond.

Diancie comes from diamond and fairy or fancy. 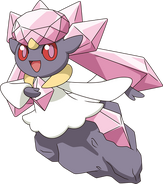 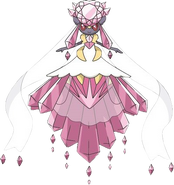 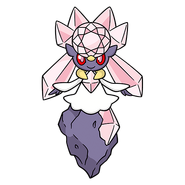 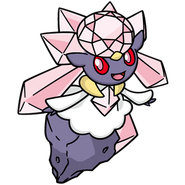 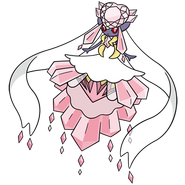 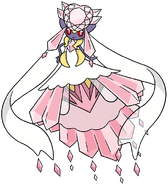 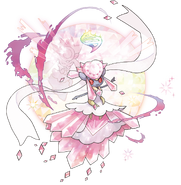 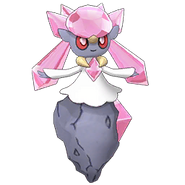 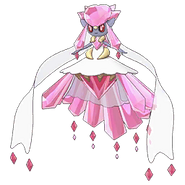 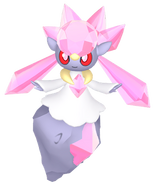 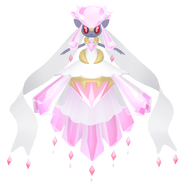 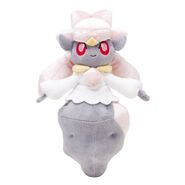